Crime and Safety in Lisbon

Is Lisbon safe? Are there dangerous areas to avoid in Lisbon? 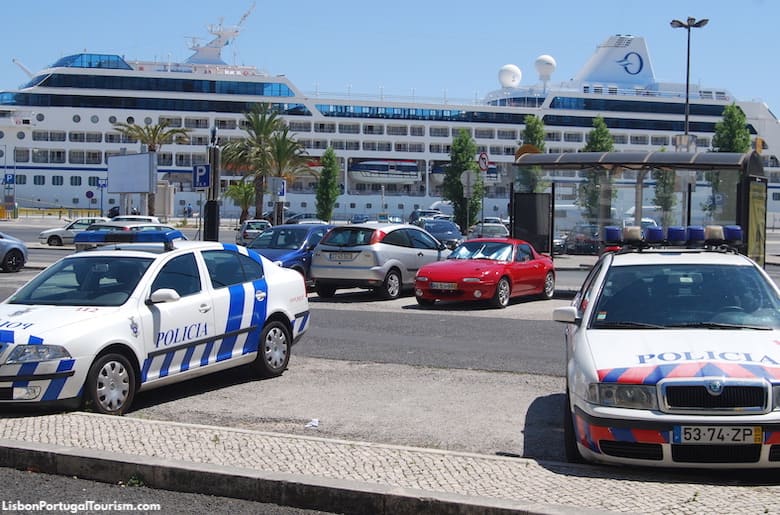 Lisbon police by the cruise terminal

Lisbon is a very safe city. In fact, it consistently ranks as the safest or one of the safest European capitals (according to the European Safety Observatory), and most tourists never encounter any problems during their visit. However, the city’s growing popularity as a tourist destination has meant an increase in pickpocketing. Although it hasn’t yet reached Barcelona, Rome or Paris proportions, there are tourists losing their wallets or cell phones on a daily basis, especially in the city’s public transportation.
These highly-skilled pickpockets are mostly nomadic people from Eastern Europe, and often blend in with tourists (some even carry cameras and maps, and many are well-dressed women). Experienced travelers from other parts of Europe may think they can spot a pickpocket based on physical characteristics, but not all fit that profile. Undercover cops often tour the popular tourist sights where most pickpocketing occurs, and have caught the culprits in the act. Unfortunately, pickpocketing is considered a minor crime, and there have been reported cases of pickpockets arrested in Lisbon one day and then in cities like London some time later.

How to Avoid Pickpocketing in Lisbon


It’s advised that tourists use common sense in Lisbon as they would back at home or in any other city. To avoid being pickpocketed, don’t place your wallet or phone in your back pocket. When standing in public transportation, wear your backpack in the front, and hold on with one hand and cover your wallet’s pocket with the other.

Areas to Avoid in Lisbon


There aren’t any no-go areas in Lisbon, but the neighborhoods around Intendente, Martim Moniz and Anjos are best avoided at night. Those make up an area with good ethnic restaurants (this is where most of Lisbon’s immigrant communities live), but it’s also as close as it gets to a “red light district.” It’s becoming gentrified and has greatly improved, but problems related to poverty and social exclusion remain.


The main complaint by tourists in Lisbon is the constant approaches of “drug dealers” in the downtown and nightlife areas. Many wonder why the police, which is often seen nearby, doesn’t act. That’s because those men have been “in business” for years, arrested several times, only to be discovered that what they sell isn’t drugs at all. The hash they offer, for example, is dry bay leaves. At first, some offer sunglasses, while others go straight to the drugs. They’re harmless, and will leave you alone when you ignore them or reject their offer. Don’t be offended when approached; to them, every passing tourist seems to be a potential client. Just walk away and, unfortunately, it’s pointless reporting the matter to the police.
Drugs have been decriminalized in Portugal, meaning that those caught taking drugs are offered help, and may be sent to a clinic but never to jail. It’s treated as a health and not a criminal matter. Drug trafficking, however, remains illegal and there are severe penalties.


Episodes of racial discrimination or intelerance towards different religions and sexual orientations may occur in Lisbon as anywhere else, but that’s not the norm. In general, the city is very liberal and progressive, and has a diverse population. Females and solo travelers aren’t likely to run into any uncomfortable or unfortunate situations.

Drinking on the Streets


Lisbon is known for its nightlife that often lasts until morning, so many tourists end up drinking too much and causing trouble, especially by the bars in Cais do Sodré. Be a responsible tourist and avoid excessive drinking.


At the moment, Portugal is politically stable, so you aren’t likely to encounter violent demonstrations. There are, however, occasional strikes and peaceful protests, but those aren’t likely to affect tourists.

In an eventual emergency, dial 112. That’s Portugal’s (and most of Europe’s) emergency telephone number. In case of pickpocketing, theft, or any other non-urgent police matter, head to the tourist police station, which is in Restauradores Square, next to the tourist office. You may not recover your valuables, but it’s important that local authorities keep accurate crime statistics, and you may need the police report for an insurance claim (that often needs to be done within 24 hours of the occurrence).