Home > Where to Stay

Where to Stay in Lisbon and Hotels Guide


Lisbon’s tourism boom has given the city new hotels, hostels and tourist apartment complexes on almost a weekly basis. Most of those open in formerly crumbling apartment or office buildings, as well as in dilapidated mansions, and are now boutique hotels. While prices have gone up, the city’s accommodation remains a good value, as it’s possible to stay at a luxury hotel for a fraction of what it would cost in other European capitals.
Mid-market tourists and backpackers still find good deals, while business travelers continue to have an increasing number of choices in glass towers in the Parque das Nações and northern districts. Those who prefer to be based by the beaches, also have modern hotels and palaces. Deals are possible even at the higher-end properties if you book ahead. 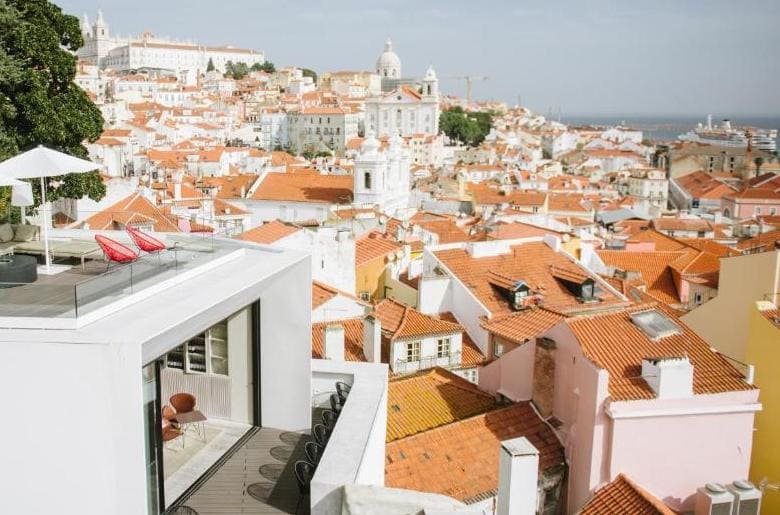 
Best Neighborhoods to Stay in Lisbon


Much of the accommodation in Lisbon is found between the waterfront and Edward VII Park, and that central area is where most tourists want to stay. There are different neighborhoods, each with its unique feel: 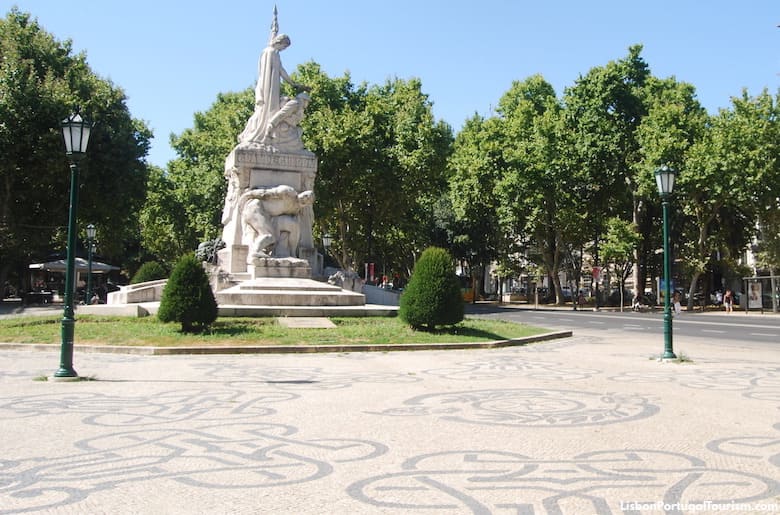 The city’s central boulevard is the luxury shopping street, so its hotels are of the 4- and 5-star categories. If you’re looking for high-end accommodation, willing to splurge, or are lucky to find a deal, this is the best area to stay (check out the prices of the Altis Avenida, Sofitel Lisbon, and the PortoBay Liberdade). It’s within walking distance of the entire center, and has good links to the airport (the AeroBus and the metro).

The downtown area, with a grid of flat streets connecting the city’s grandest squares (Rossio and Praça do Comércio), is home to the largest number of hostels and boutique hotels. They’re all in renovated buildings from the late 1700s, so rooms vary in size, but are usually well decorated, often with Lisbon-related themes (check out the prices of the My Story Hotel Rossio, the Hotel Santa Justa, the AlmaLusa Baixa/Chiado, and the Browns Central Hotel). From here, you can walk to many of the sights, and can reach other parts of the city and beyond on all kinds of public transportation (metro, buses, trams, funiculars, and trains).

See the recommended hotels in Baixa. 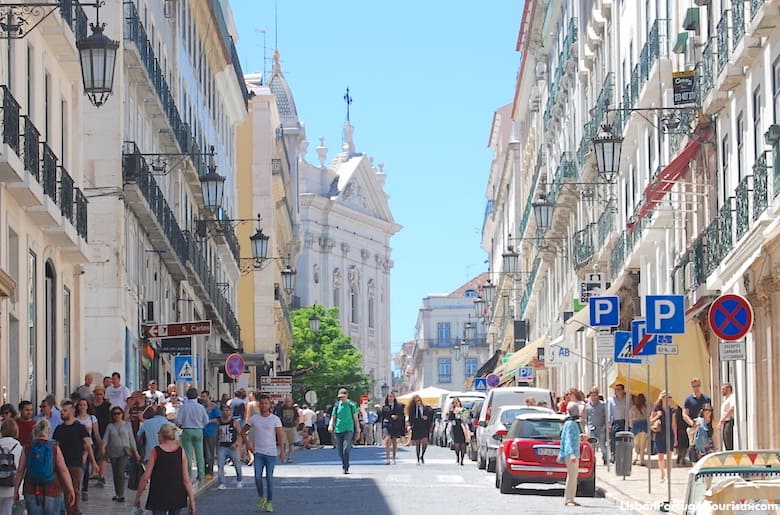 Rising up the hill from Baixa, this is Lisbon’s most elegant district, with historic cafés, theaters, some of the most sophisticated restaurants and the best shops. It’s also close to the nightlife districts of Bairro Alto and Cais do Sodré (but far enough from the noise), and has good transportation links. Nearly all accommodation is boutique hotels in renovated buildings, and many of them have rooftop bars (like the Hotel do Chiado, the Lisboa Pessoa Hotel, and the 9Hotel Mercy).

See the recommended hotels in Chiado. 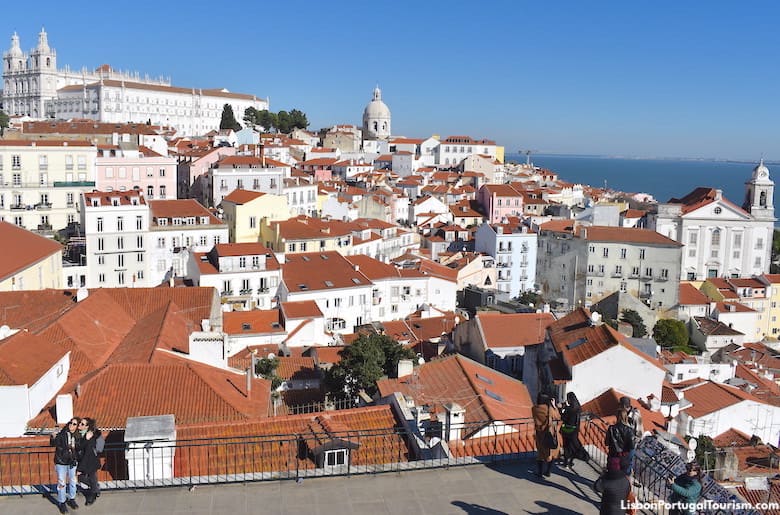 On the opposite hill from Chiado, to the east of Baixa, is Lisbon’s oldest and quietest neighborhood. Its ancient maze of streets has few hotels, but the upper area closer to the castle has some of the most unique and memorable places to stay. Some are converted palaces or centuries-old buildings that have been carefully and tastefully restored (like the Casa dell'Arte Club House, Solar dos Mouros, and São Vicente Alfama Hotel). A beautiful viewpoint is always around the corner, and downtown can be reached by walking down the hill or taking the tram. If you’re on a romantic holiday, this is the neighborhood for you.

See the recommended hotels in Alfama. 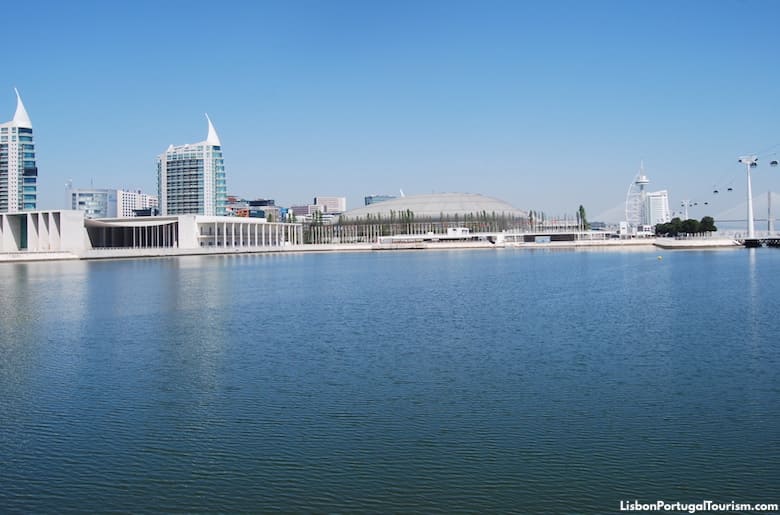 It’s outside the center, but well connected by public transportation, and is the district closest to the airport (just three metro stops away). Its Oriente Station is used for trains to Porto and Faro (Algarve). While it caters mostly to business travelers, its chain hotels with spacious rooms (check out the Tivoli Oriente Hotel, Melia Lisboa Oriente Hotel, the Olissippo Oriente, and the very popular Hotel Ibis Lisboa Parque das Nações) can also be good choices for families. This waterfront district is Lisbon’s most recent, with no buildings predating the late 1990s, when the city hosted the World Fair. The main attraction is the Oceanarium, but it also has a wonderful promenade, traffic-free streets and green spaces. It’s also home to one of the city’s landmark hotels, the Myriad, in the Dubai-like Vasco da Gama Tower. 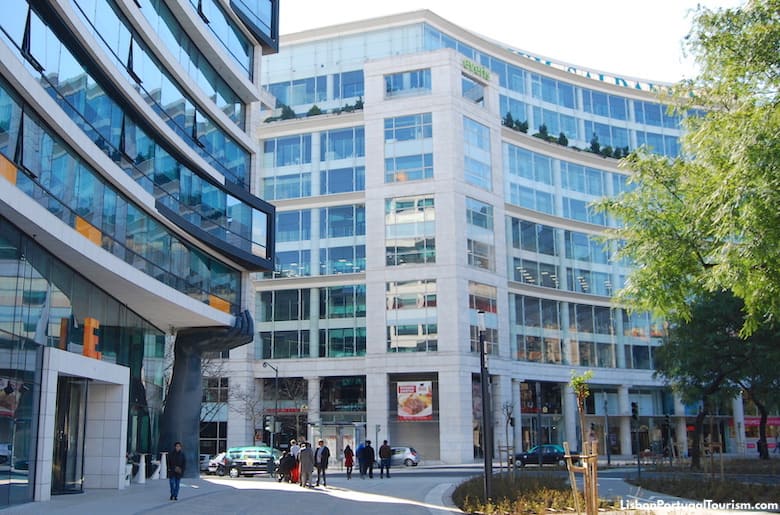 It’s mostly a residential and business district, and only has one major tourist attraction (the Calouste Gulbenkian Museum), but there are many popular hotels, mostly of national and international chains (check out the Sheraton Lisboa, the Olissippo Saldanha, the Evolution Lisboa Hotel, the H10 Duque de Loulé, and the Jupiter Lisboa Hotel). All of them are in late 20th century and contemporary buildings, often in high rises, and there are options for every budget. It’s between the center and the airport, and you’re never too far from a Metro station or bus stop that links you to just about anywhere in the city.


When booking a hotel, remember that rates usually depend on the season, the size of the room, and the view. Most include breakfast, but always check that when booking. The most expensive rooms in Lisbon cost over €250 per night, but the standard 4- or 5-star rooms can be anywhere between €150 and €250. Mid-range hotels offer rooms for about €75 to €150, while budget properties never charge over €100, and there can be rates as low as €30 (usually in dorms or in tiny private rooms with shared bathrooms). Authorities are strict, so even budget accommodation is clean and with modern facilities.