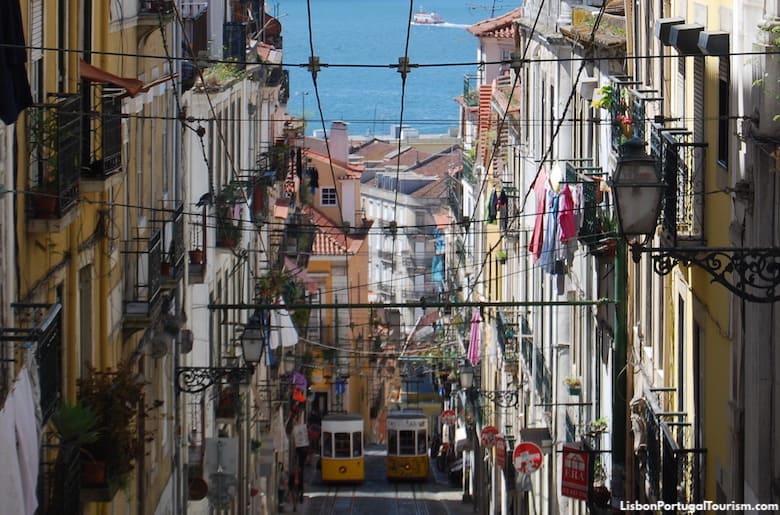 The Bica Funicular in one of Lisbon's most picturesque streets

Rua da Bica de Duarte Belo is Lisbon’s most photographed street, not just because it picturesquely frames a view of the river, but also because of its charming funicular. Inaugurated in 1892, this yellow funicular takes tourists and commuters between the Cais do Sodré district in the waterfront and the neighborhood of Bairro Alto at the top of a hill. 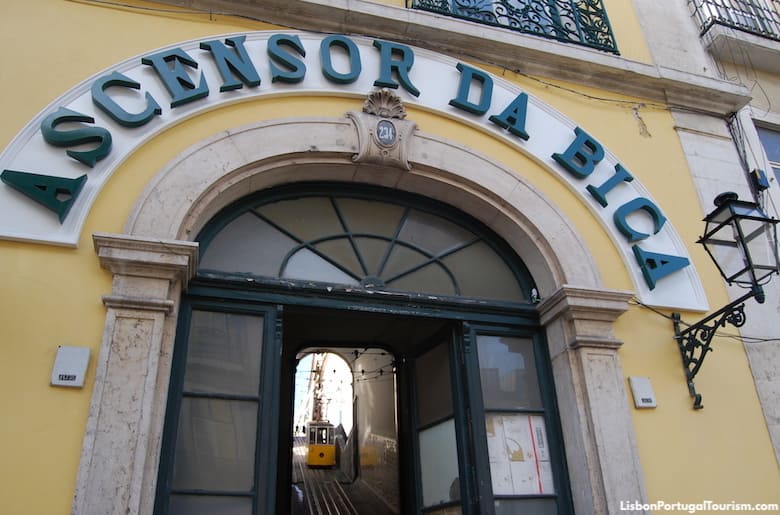 Entrance to the Bica Funicular at the bottom of the hill, by Cais do Sodré.

It carries up to 23 passengers, and completes its journey in less than 5 minutes. At the bottom of the hill it departs from a covered station, while at the top it’s used as a backdrop for tourist selfies. It departs every 15 minutes, starting at 7am on weekdays and Saturdays, and at 9am on Sundays. The last departure is at 9pm throughout the week. 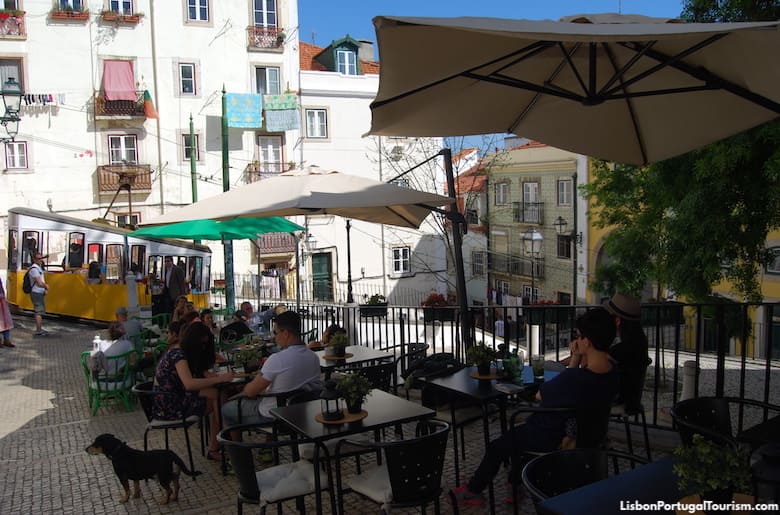 Tickets to ride the Bica funicular can be bought onboard, from the driver. They’re €3.80, and allow two trips -- up the hill and back down, or down and then back up, on the same day.
Those who purchased the 24-hour public transportation card can ride it for free. That’s the “Viva Viagem” card that’s purchased at the metro stations for €6.45.
Tourists who acquired the Lisboa Card also may ride this and the other funiculars (as well as all public transportation in Lisbon) for free. The Lisboa Card is a better deal than the Viva Viagem, since it can be bought for 24-, 48-, or 72-hour periods and includes free or reduced admission to most of the tourist attractions. 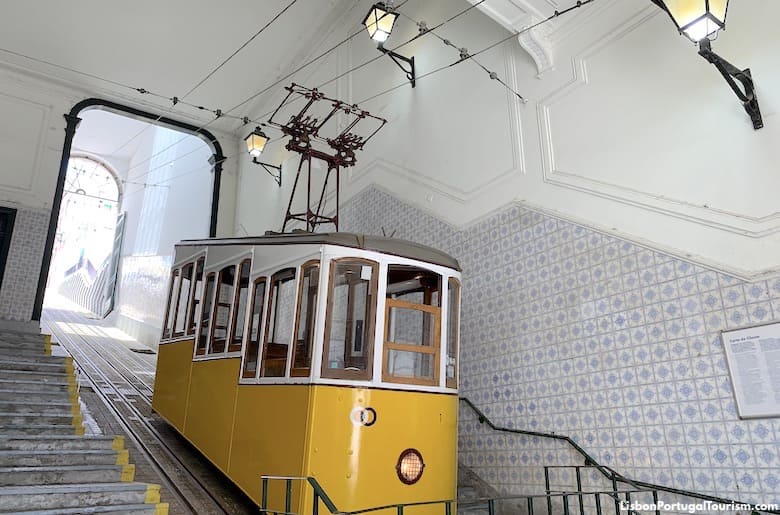 Bica Funicular stationed at the Cais do Sodré end