Home > What to See and Do > Santos 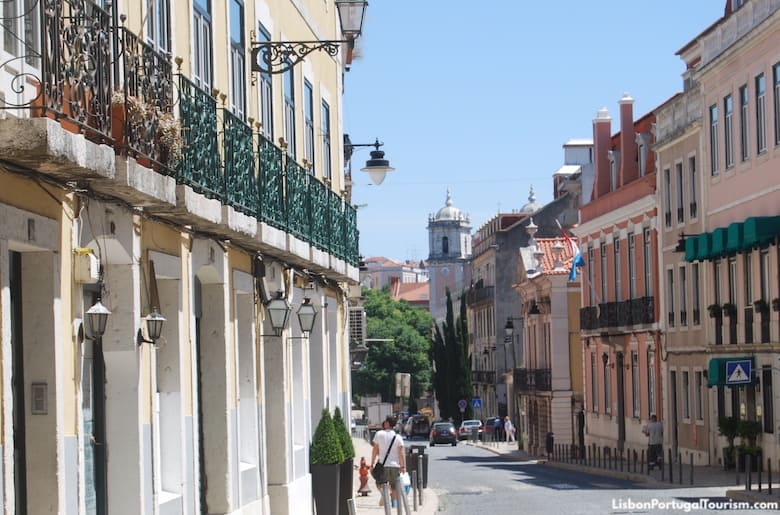 Santos is located on the lower part of the hill topped by the neighborhood of Estrela. Like its neighbor, it was home to the mansions of the upper classes in the 18th century, but today is known primarily for bars and clubs that attract college students and teenagers, and for home décor shops and design and architecture schools. 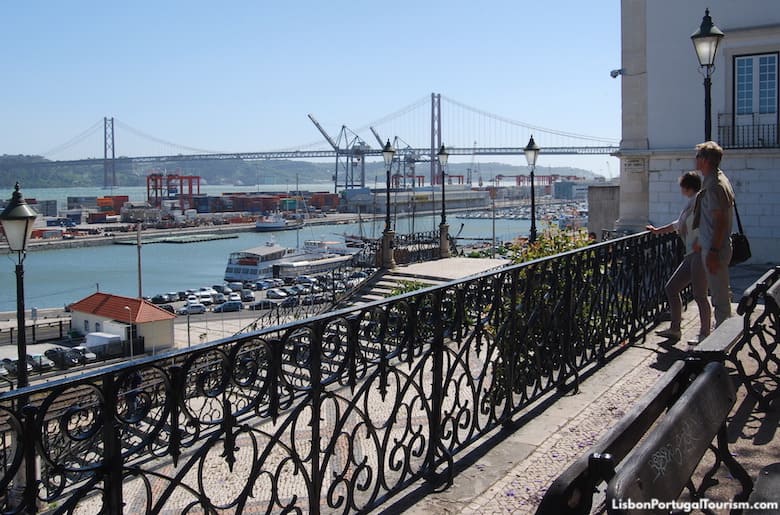 The aristocratic families are gone, but many of their homes have been preserved and turned into hotels and embassies. The best examples are on Rua das Janelas Verdes, and one of them is Portugal’s most important national museum, the Ancient Art Museum. 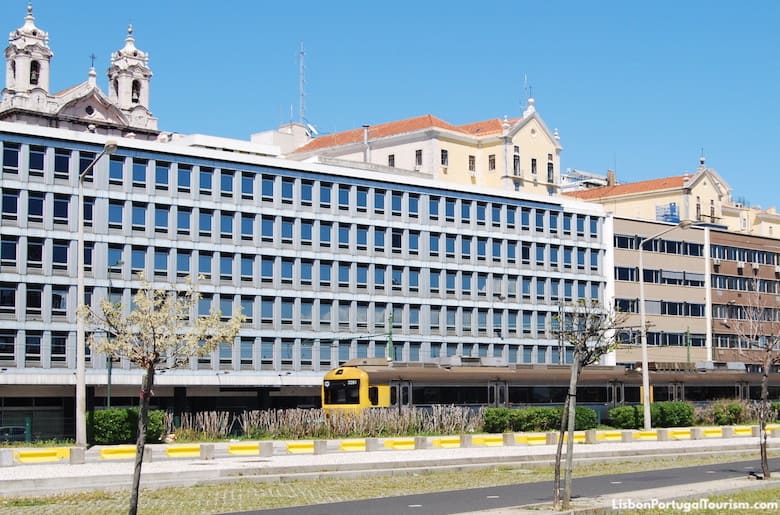 Avenida 24 de Julho, which has a train station linking Santos to downtown Lisbon, the Belém district and Cascais

Besides this museum, there aren't any major tourist attractions, but the colorful neighborhood of Madragoa behind it has a few good restaurants. 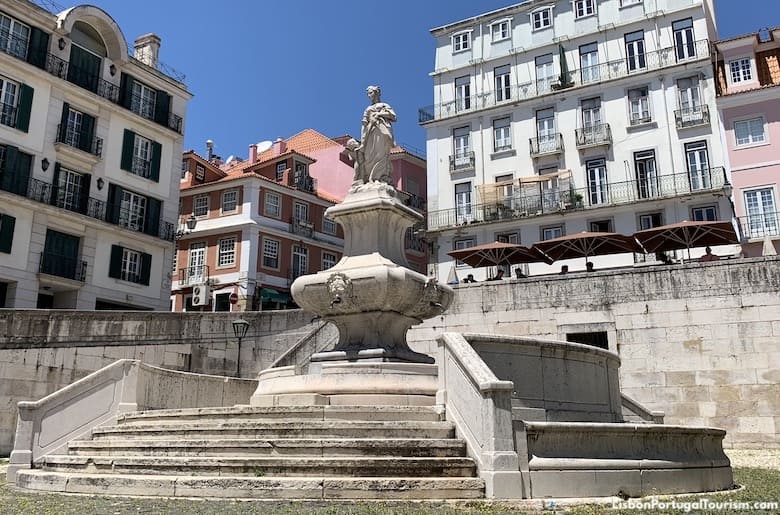 Around the nondescript main square (Largo Vitorino Damásio) and the busy Avenida 24 de Julho, are the home décor shops, but the most interesting square is the small Largo Dr. José Figueiredo, which faces the side of the Ancient Art Museum. At its center is a marble fountain from 1755, with two tanks for the use of animals and a circular tank on the upper level for people. At the top of the pedestal is a sculpture representing Venus flanked by a figure of Cupid and a dolphin.

What to See and Do in Santos 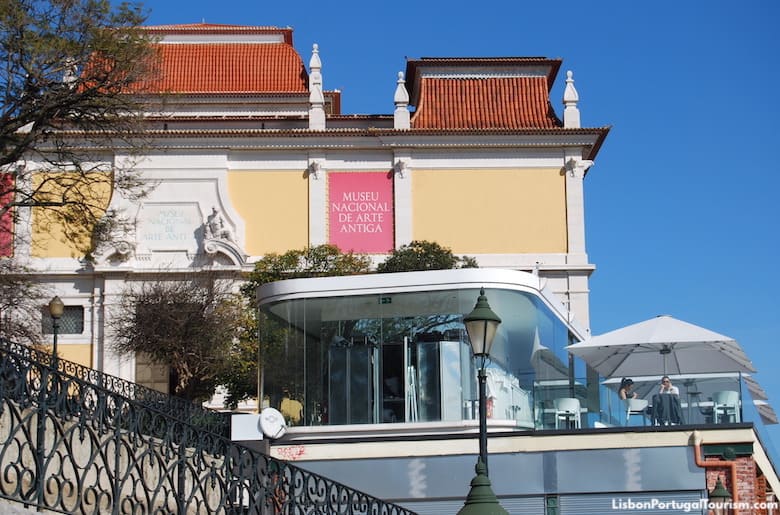 This museum is the “national gallery,” housing treasures from the 12th to the 19th centuries, from around Portugal, other European countries, and the lands colonized by or that traded with Portugal. The Portuguese and European paintings (by artists like Hieronymus Bosch and Albrecht Dürer), sculptures, and decorative arts, are on display in a 17th-century palace, which overlooks the port. There are river views from the delightful garden, where you may enjoy a drink or a light meal from the café. 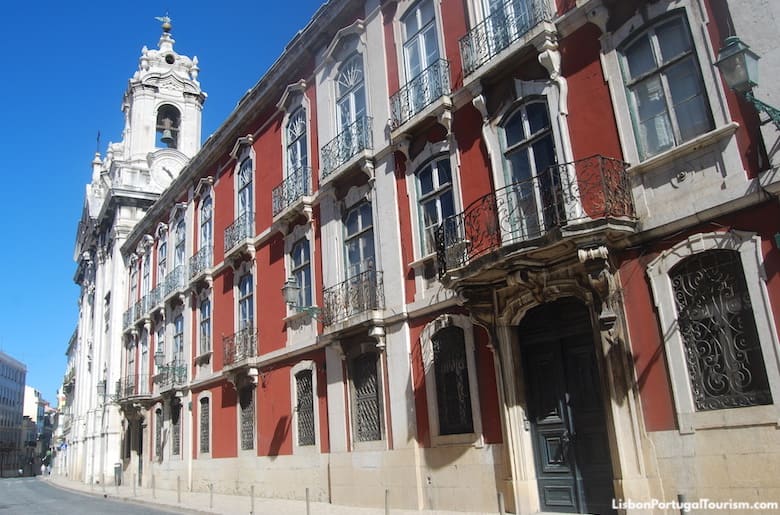 The church of a hospice from 1719, that became in convent in 1753, is one of the few buildings that were left standing after the Great Earthquake of 1755, and is an example of what many of Lisbon’s churches looked like before the disaster. This one was sponsored by Queen Mariana Vitória, whose tomb by leading 18th-century sculptor Machado de Castro is found inside. It’s located down the street from the Ancient Art Museum, but is one of the city’s least-visited churches. It’s worth a look before or after a visit to the museum, for the imposing façade and the baroque and neoclassical interior. The oil painting on the impressive ceiling illustrates St. Francis of Paola’s vision of Saint Michael the Archangel, while the walls are decorated with paintings by Vieira Lusitano, one of Portugal’s most important 18th-century artists.
Admission is free.


How to Get to Santos


Santos is one of the stops of the Lisbon-Cascais train line. It’s just two minutes from Cais do Sodré station to Santos. Tram 25 and bus 714 (both departing from Praça da Figueira) make about three stops in the neighborhood.
You may ride the train, trams and buses, as well as the city's metro and funiculars for free with the Lisboa Card.


Where to Stay in Santos 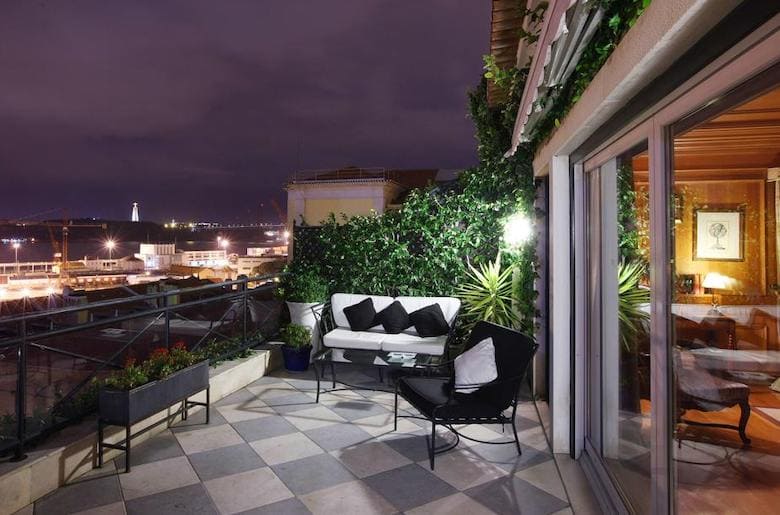 Located down the street from the Ancient Art Museum, this welcoming hotel occupies an 18th-century mansion with a highly romantic atmosphere. It has a small garden and a library on the top floor offering river views, while the 29 rooms are decorated in a charming, classic style. Many of the pieces recall the period when the building was home to the great Portuguese novelist Eça de Queiroz. 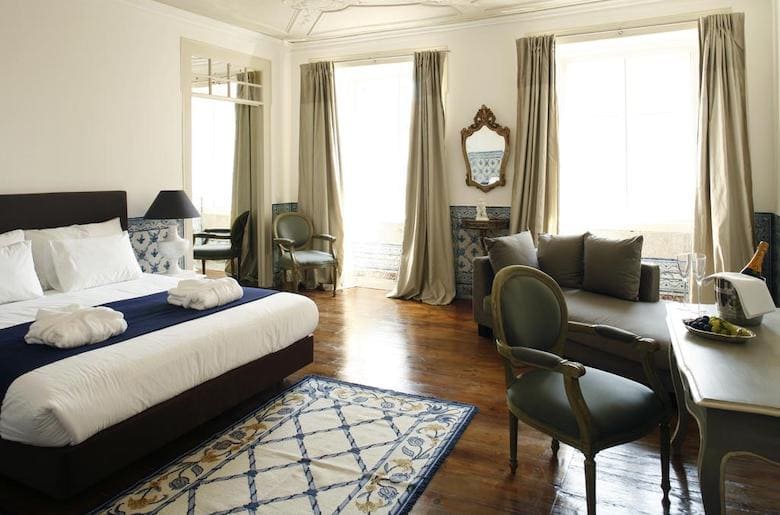 A mansion from the 1700s is now one of Lisbon's most beautiful hotels. Found across the street from the Ancient Art Museum, it was featured in one of Portugal's classic literary works, "The Maias" by author Eça de Queirós. In 2017 it was home to American popstar Madonna for over a year, when she first moved to Lisbon. The building's original features have been preserved, and there is a total of 12 rooms and suites, each with its unique charm. There is also a pool and sundeck, making it a peaceful oasis in the center of the city. 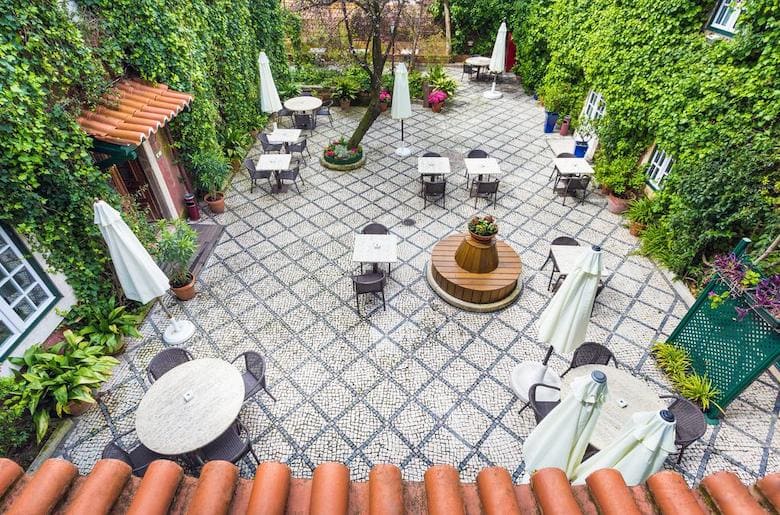 It used to be a convent but is now one of Lisbon's most romantic hotels. Although the building is from the 17th century, it’s not an antiques-filled hotel. Instead, it was given a classic-contemporary style that harmoniously blends with the original architecture. The restaurant serves a high-quality Portuguese menu which can be enjoyed in a charming courtyard when the sun is out. The name comes from two Yorkshire ladies who first rented the property and turned it into a guesthouse.