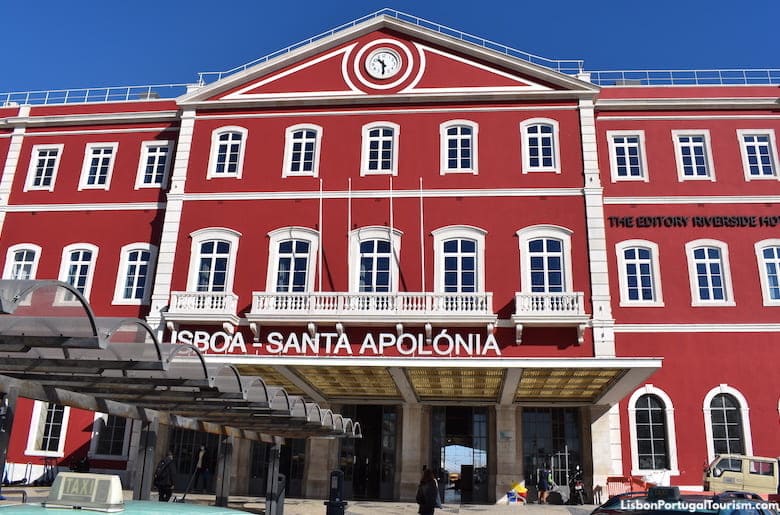 Santa Apolónia is the main train station in the center of Lisbon. It’s the city’s oldest (it was built on the site of a former convent of the same name, and inaugurated in 1865), and remains the primary departure point for international trains, as well as for the long-distance services of the national CP company to the north of Lisbon, such as Porto and Braga (trains to Faro, in Algarve, southern Portugal, depart from Oriente Station). Infrequent services stop at the suburbs to the east of Lisbon, but most suburban trains now depart from Oriente, Cais do Sodré, or Rossio Station. The trains to one of the most popular tourist destinations in the Lisbon region, Sintra, depart from Rossio, while those to the beaches of Cascais depart from Cais do Sodré. 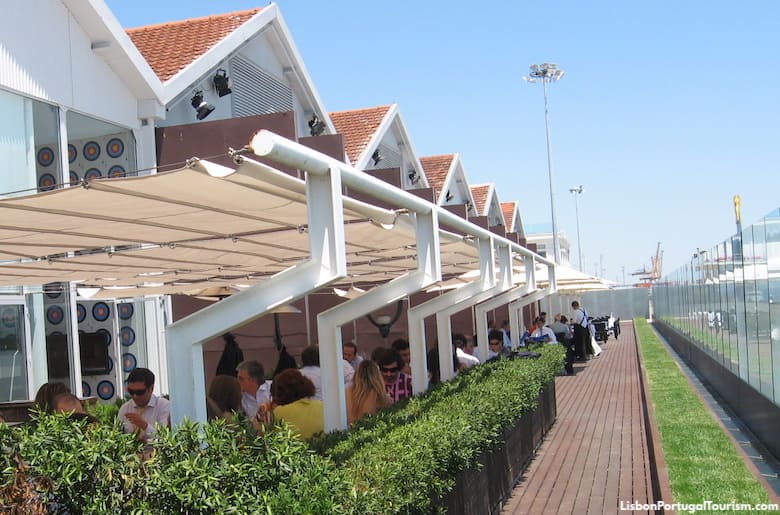 Outside the station is a taxi rank and the Military Museum (a little-visited but quite beautiful museum!), while across the street is Lisbon’s modern cruise terminal. On the other side of the road is also a series of warehouses, which now house trendy cafés and restaurants.
Inside, the station has a ticket office, ticket machines, a bathroom, a café, a supermarket, and eight platforms.


The ticket office is open from 6am to 9:45pm. Tickets can not be bought on the train, and those to Braga and Porto tend to sell out, so it’s advised that you buy them some time in advance.


There are two types of long-distance trains -- the Alfa Pendular (marked AP) and the Intercidades (marked IC). The Alfa Pendular is faster and uses more recent trains. The Intercidades is slightly slower because it makes more stops, and is therefore cheaper.
Both the Alfa Pendular and the Intercidades to Porto, Coimbra, Braga, and other destinations in the center and north of Portugal depart from and end at Santa Apolónia, but also stop at Oriente. Since most tourists stay in the center of Lisbon, Santa Apolónia is most often the preferred station. However, Oriente is much closer to the airport.
Surprisingly, only the larger cities and their suburbs have train services in Portugal. For smaller cities and towns in the interior, you need to take express buses. Those depart from the Sete Rios terminal.


Portugal’s location on the edge of the continent, bordering just one country, means that international train services are limited to the neighboring country, Spain. There are just two (very slow) overnight trains to Madrid and to Hendaye (where there are connections to France). These two services also stop in the Spanish city of Salamanca, while the service to Hendaye also stops at the popular coastal city of San Sebastián.

How to Get to Santa Apolónia Station


Santa Apolónia is located on the waterfront, below the hill of the Alfama district. It’s about a 15-minute walk from downtown, but it’s best reached by metro (it’s the final stop of the blue line). Buses from downtown Lisbon (such as the 759 and 794, both departing from Restauradores Square) and Cais do Sodré (the 728) also stop by. The metro is right below the station, and is reached via escalators.