Home > What to See and Do > Santa Justa Elevator 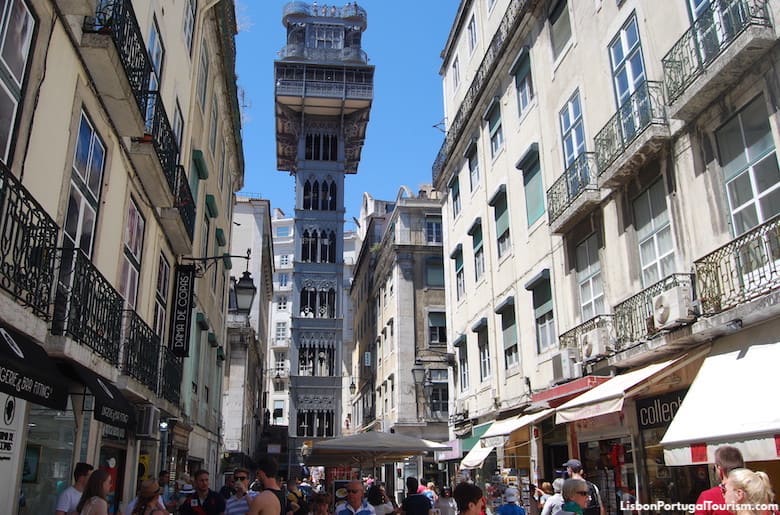 This century-old iron tower is an elevator that links downtown to the Chiado district up on the hill, which is accessed through a walkway at the top. It boasts some of the best views over the center of Lisbon, so although it was built for public transportation, it’s now mostly used by tourists. It’s 45 meters high (148 ft), and one of Lisbon’s most photographed landmarks. 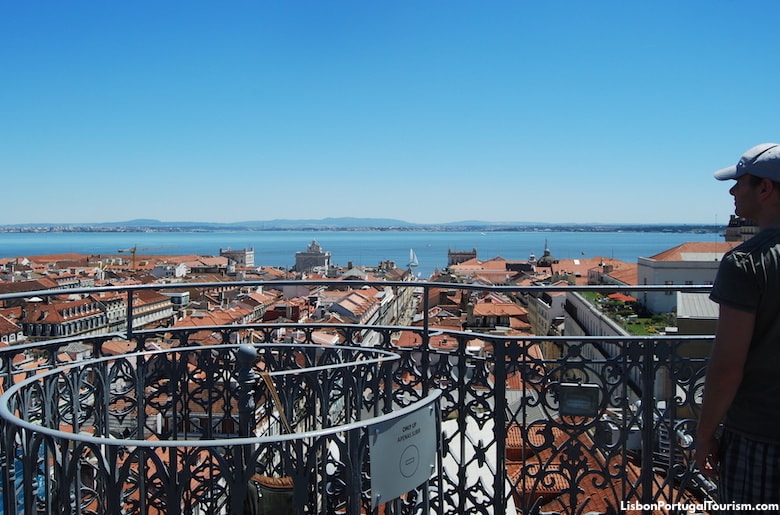 View over downtown Lisbon from the Santa Justa Elevator

At the top, by the walkway that leads to Largo do Carmo in Chiado, is a narrow spiral staircase that goes up to the observation deck. It offers a 360º-view over Baixa, above Rossio Square all the way to the top of the triumphal arch on the waterfront. It’s beautiful during the day but also worth visiting at night, with the illuminated city below -- it closes at 9pm from November to April, and only at 11pm from May to September. 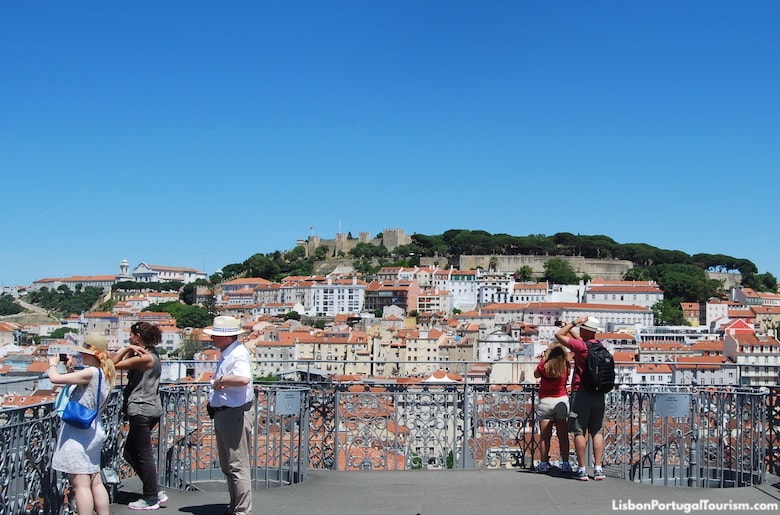 There’s a reason why the structure’s architecture may remind you of the Eiffel Tower in Paris -- it was built by Raul Mesnier de Pondard, a disciple of Gustave Eiffel. It was inaugurated in 1902, fifteen years after the famous French landmark. Both monuments make artful use of iron, with the elevator featuring a neo-gothic style. Originally powered by steam, it was electrified in 1907. It was classified as a national monument in 2002.
The top is connected to the ruined Carmo Convent. Behind it is a large terrace where drinks and light meals are served throughout the day, while inside the gothic monument is a small archaeological museum and the haunting ruins that stand as a reminder of the devastating earthquake of 1755. 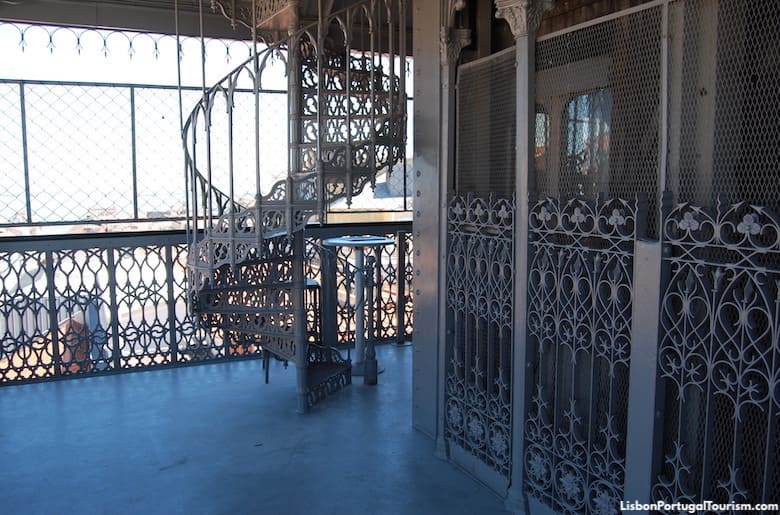 The spiral staircase inside the Santa Justa Elevator

The elevator’s two wooden cabins only take 29 people at a time, so during the day you may have to wait in line for a while. You may avoid that by entering through Largo do Carmo, following the path to the right of the ruined convent.

How to Get to the Santa Justa Elevator


To go up the elevator, head to Rua do Ouro, a few feet from Rossio Square, which can be reached by metro (green line). You may also ride it down from Largo do Carmo, which is a short walk from the Baixa-Chiado station of the metro (blue or green line).
You may ride the elevator, as well as the metro and other public transportation for free with the Lisboa Card.


Access to the observation deck is €1.50, while the ticket to ride up and down the elevator is €5.30. It’s free with the Lisboa Card.
There can be long lines at the ticket counter at the base of the monument, so in order to save time, buy the Lisboa Card or a 24-hour public transport ticket (which costs €6.40 and can only be purchased at metro stations) beforehand. The 24-hour ticket, however, only allows you to go up and down the elevator; it doesn’t include the observation deck.


Also check out the view from the top of Arco da Rua Augusta, and visit the beautiful Gothic ruins of Carmo Convent.


Where to Stay by the Santa Justa Elevator 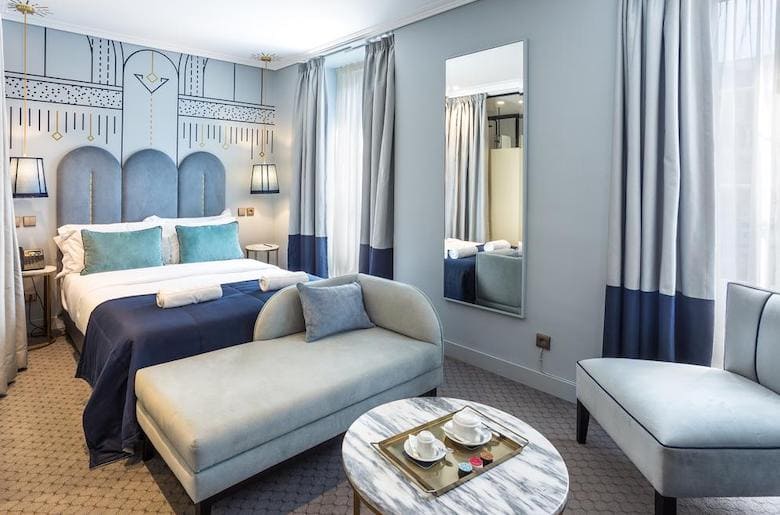 Just two buildings down from the Santa Justa Elevator, this small boutique hotel features a décor inspired by the architecture of the monument and the period in which it was built. Every room is different, with Art Deco details and contemporary furnishings, and some with balconies, while others maintain the original wooden beams of the 18th-century construction.