Ferry and Bus 101 to Cristo Rei 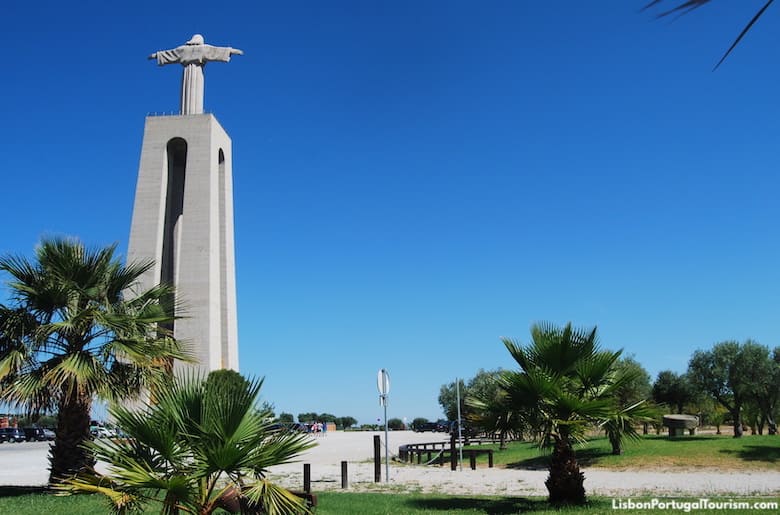 The bus terminates by the entrance to the sanctuary, behind the statue

A visit to the Cristo Rei monument (or the “Monument to Christ”), on the southern bank of the Tagus River, involves a scenic ferry and bus ride, so getting there is part of the experience. In addition to seeing the image of Christ opening his arms to Lisbon up close, visitors get to admire 25 de Abril Bridge from above and one of the best views of the Portuguese capital, from the ferry, the ferry station, and around the monument itself. Depending on the connection time between the ferry and the bus, the entire journey can take about 45 minutes. The ferry takes just 8 minutes to cross the river to Cacilhas, while the bus takes about 20 minutes from the terminal in Cacilhas to the gate of the monument.

Ferry from Cais do Sodré to Cacilhas 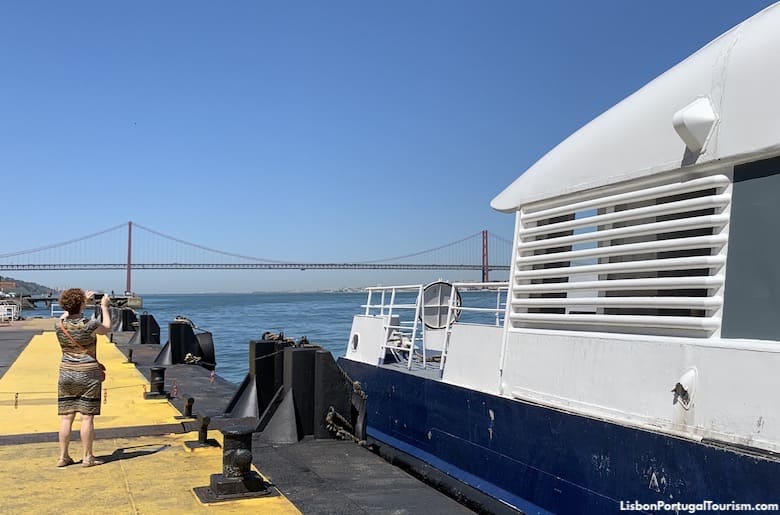 The ferry departs from the terminal in Cais do Sodré around every 15 to 20 minutes (every 10 minutes at rush hours -- 8am to 10am, and 5pm to 8pm). It’s recommended that you avoid the rush hours, as the ferries are crowded with commuters (you increase your chances of getting a window seat outside those hours; unfortunately there are no exterior decks).
To get to Cais do Sodré, take the green line of the metro (Cais do Sodré is the last stop). The ferries depart from the building behind the train and metro station.

Tickets can be bought from machines, but there is also a ticket counter, with English-speaking agents. Each ticket costs €1.30, plus 50 cents if you don’t have the magnetic VIVA Viagem card to recharge with future trips. 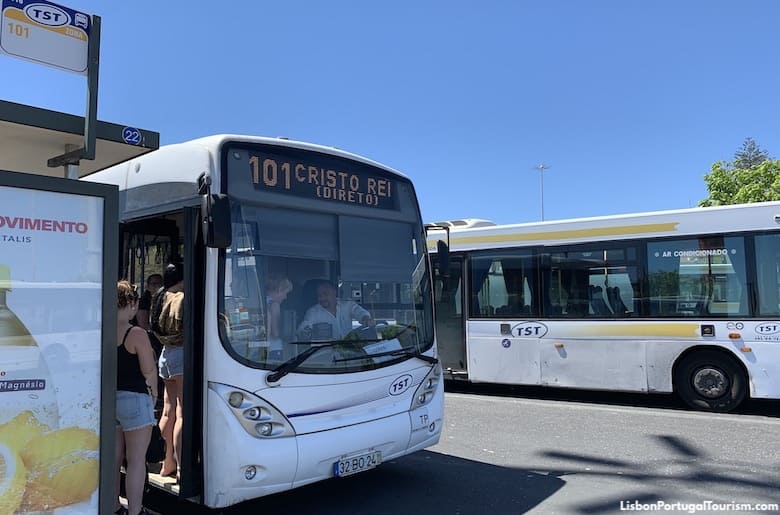 The stop of bus 101 in Cacilhas

Once in Cacilhas, walk to the left out of the station, and you’ll see a bus terminal. The bus to Cristo Rei is number 101 of the TST company, which operates most buses to the south of Lisbon (each bus stop is labeled, so look for the one with “101”). It departs every half hour.
Buy your tickets from the ticket office, which usually has English-speaking agents, or directly from the driver who may or may not speak English. Tickets here are NOT charged to the VIVA Viagem card used on public transportation departing from Lisbon.
Insider's Tip: If you have to wait a while for the next bus, walk a few feet to the ship you see nearby. That’s the "Dom Fernando e Glória," built in 1843 to connect Lisbon to the Portuguese colonies in India. You won’t have time to visit the interior (perhaps you may want to do that on your return from Cristo Rei), but you can take a look at the exterior and take a few selfies for free.