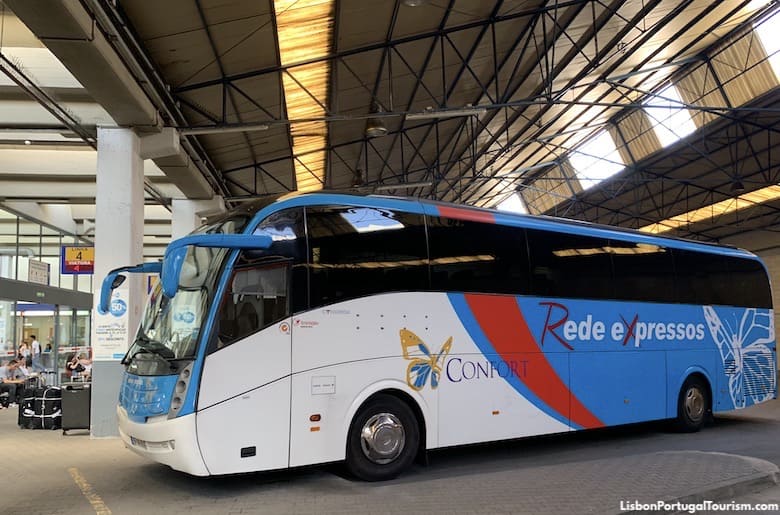 The Sete Rios transportation hub consists of a train station and a bus terminal (“Terminal Rodoviário”). The train station is linked to the Jardim Zoológico station of the metro (on the blue line), and the bus terminal is right outside.
The trains that stop here are from the regional lines that connect Lisbon to the suburbs, as well as the long-distance Intercidades service that goes to Faro in the Algarve, in the south of Portugal. It’s possible to take the CP train from here to Sintra, and the Fertagus train to Setúbal.
The buses are those of the express long-distance services linking Lisbon to the main towns and cities around the country. Most are of the Rede Expressos company and its subsidiaries, which are what most tourists use to reach destinations without train services. If you’re planning a trip around Portugal (especially to Algarve) from Lisbon, you’ll likely pass through Sete Rios. 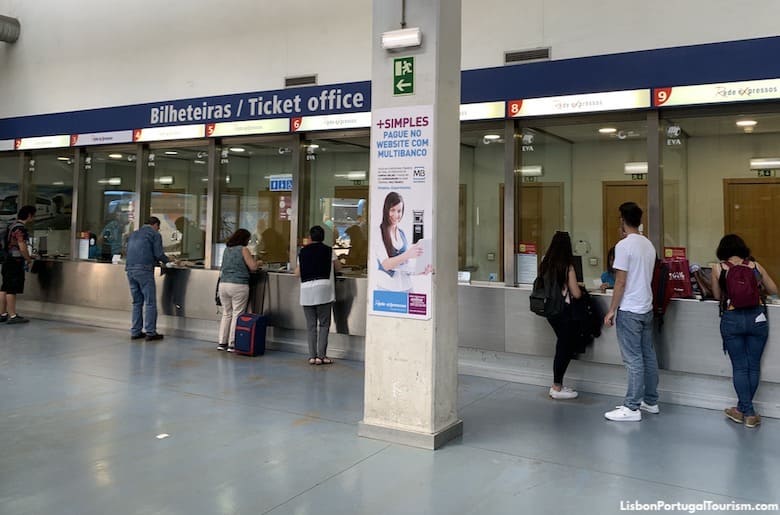 The bus station’s ticket office is open from 7:30am to 10pm and has nine booths, but, most often, not all are open at the same time.
Also expect long lines and wait times in the morning, so always arrive early. Tickets may not be purchased from the bus drivers, so you must always go to the ticket office.
The station has a café, bathrooms and a waiting area with few seats. A screen lists the upcoming departures and, about 10 minutes before, the bay from where each bus departs. Note that the displays show the final stop of the route, and your destination may not be listed. In that case, look for your departure time, and confirm with the driver that you’re entering the right bus.
Heavy or bulky luggage is placed in the compartments beneath the vehicle. These buses don’t have bathrooms, so on extra-long journeys, the driver stops at stations with bathrooms and waits for 10 minutes.


These express buses are modern, clean, and usually on time. Note that although you acquire your tickets from the Rede Expressos company, your bus may be of one of its subsidiaries, like Eva, Citi Express and Renex. When you purchase your ticket, look for your assigned seat (marked “Lugar,” meaning “seat”). For schedules, ticket prices to your destinations, and to plan your travels, see the Rede Expressos website.


Since 2020, Sete Rios is also the main terminal of the TST company, which links Lisbon to the beaches and cities to the south. These buses don’t share the station of Rede Expressos, but their stops are around the corner, on Avenida das Forças Armadas/Praça Marechal Humberto Delgado. A popular bus departing from here is number 153, which goes to the beach in Costa da Caparica.


How to Get to Sete Rios Station 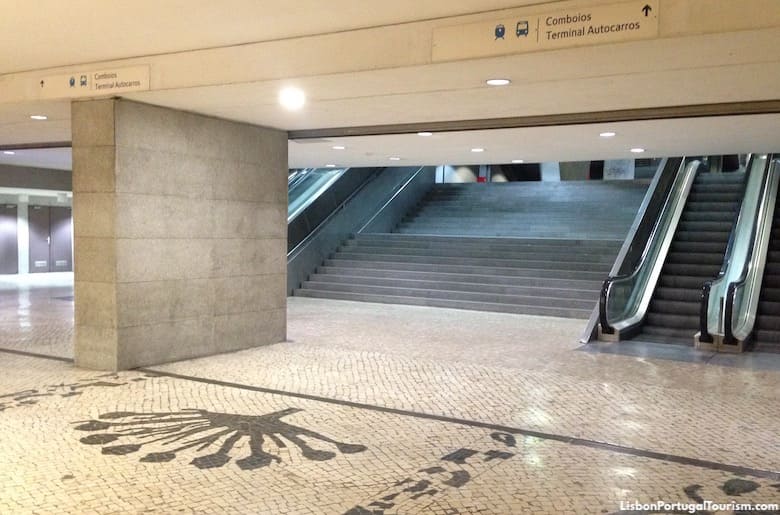 To get there, follow the signs pointing to “Comboios” (trains) out of the Jardim Zoológico station of the metro (blue line). That leads to the train station located above, and from there you exit to the street. Turn right and go up the covered stairs and escalators that lead to the buses. 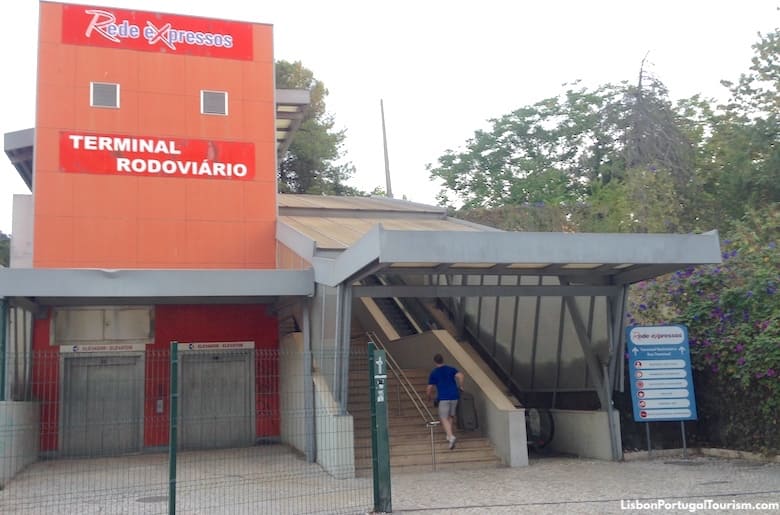 The stairs and escalators that lead to the bus terminal, outside the Jardim Zoológico metro station

If you take a taxi from central Lisbon to Sete Rios, it should cost anywhere between 7 and 15 euros, depending on whether you have luggage, and on the time of day and traffic. If you need a taxi to the city center when you arrive in Sete Rios, you’ll find them lined up on Rua Professor Lima Basto (walk to the left when you reach the bottom of the escalators out of the bus station, and you’ll see them under the railway tracks.

NOTICE: THE AEROBUS IS CURRENTLY OUT OF SERVICE
There’s a bus connecting the airport to Sete Rios. It’s line 2 of the “AeroBus,” which departs every hour, on the half hour, from outside the arrivals terminal, between 8:30am and 7:30pm. From Sete Rios, it departs every hour, on the hour, between 8am and 7pm. This service is used by people arriving at or departing from Lisbon’s airport, and heading straight to or coming from other towns and cities in Portugal. The estimated time between the airport and Sete Rios is 25 minutes.

Get a discount of anywhere between 15% and 70% on accommodation in Lisbon -- look for deals here:
Lisbon Hotels, Apartments, Hostels