Home > What to See and Do > Beaches 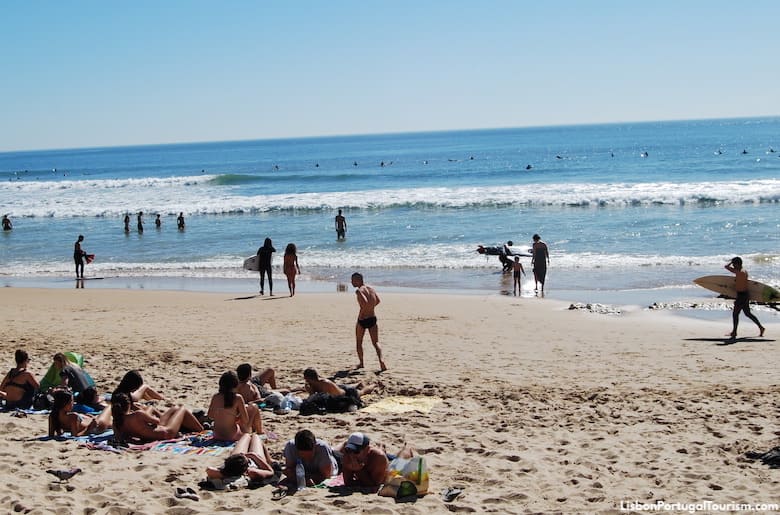 Carcavelos, a popular beach with young locals and tourists

The best beach in Lisbon depends on who you ask. Locals prefer the long stretch of sand to the south (Costa da Caparica), tourists mostly go to the beaches in the center of Cascais, while surfers, beach-sports enthusiasts and the younger generation tend to head to Carcavelos. 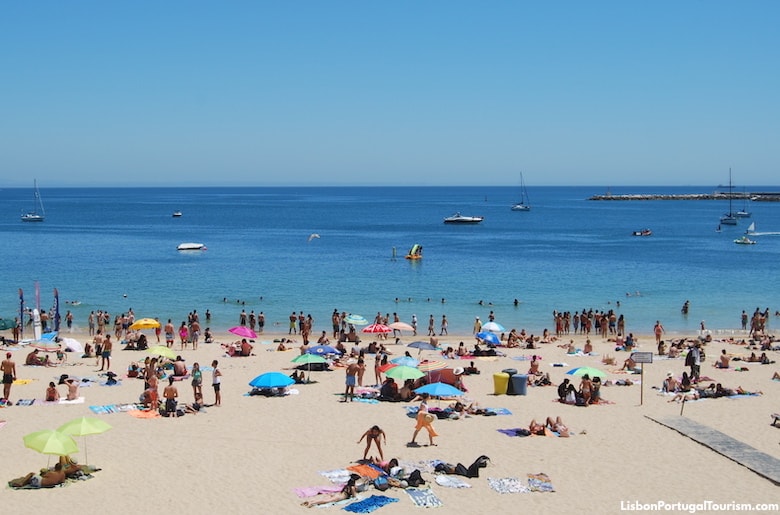 Praia da Conceição in Cascais, on the Lisbon coast

Praia da Conceição in Cascais is the easiest to reach, as it’s by the station where the Lisbon-Cascais train terminates. For that reason, it’s usually crowded, but it’s quite a scenic beach with calm waters. It’s also the starting point of an oceanfront promenade that passes by a number of other beaches all the way to the neighboring town of Estoril. 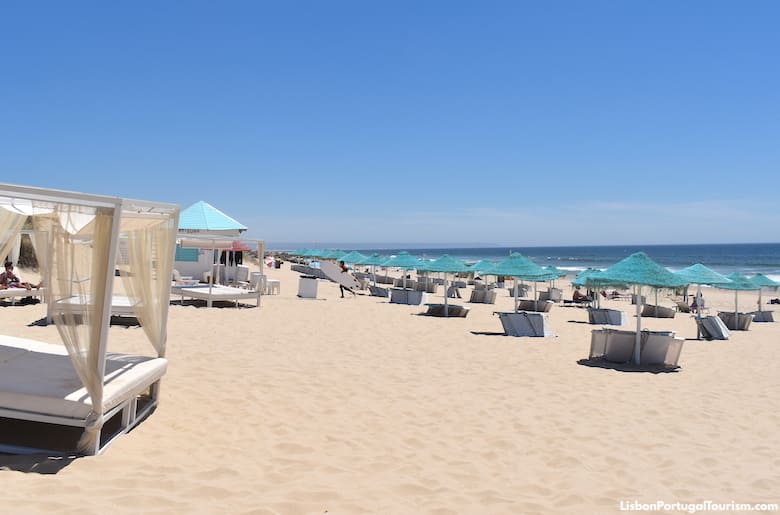 Costa da Caparica, to the south of Lisbon

Costa da Caparica takes a little longer to reach (by bus). The beaches closer to the bus terminal are the most crowded and less attractive, so for better, wilder and more beautiful stretches of sand, you need to walk for some time along the shoreline. During the bathing season (summer), there’s a tourist train that goes down this shore, but if you enjoy walks on the beach, you may actually prefer walking. Some parts to the south are quite secluded, and are officially nude beaches. In between are some appealing beach bars and restaurants.
Unlike Cascais, Costa da Caparica is not a cosmopolitan resort town, and is mostly frequented by the people of Lisbon. 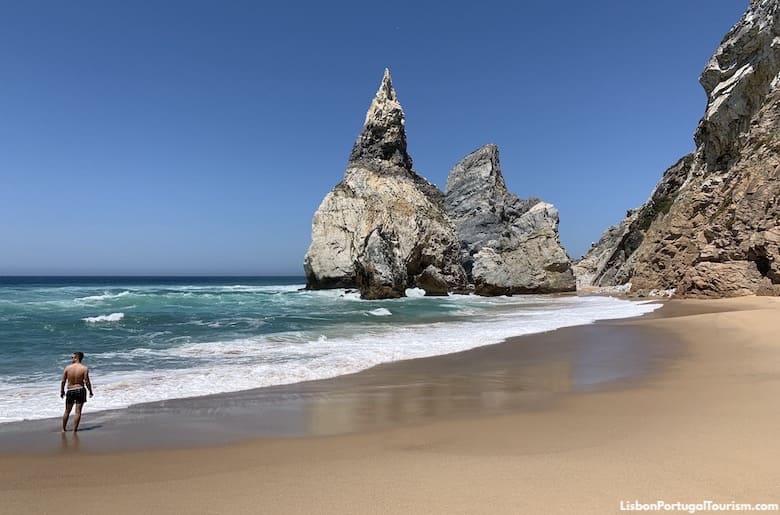 The coast to the north (by Sintra) has several stunningly beautiful beaches, but these have no direct transportation from Lisbon. You’d need a car, or to take a train to Sintra and connect to commuter buses. These beaches are the most beautiful of the Lisbon region (most notably Praia da Ursa, Europe’s westernmost beach), standing out for their natural scenery formed by precipitous cliffs and jagged rocks, but face west so tend to be windy and have strong waves. Swimming is therefore best avoided, but they are very clean beaches and never crowded.
Other beautiful beaches that may be visited on day trips from the capital are found around the town of Sesimbra and the Arrábida Natural Park. The beaches of Ribeiro do Cavalo, Creiro and Galapinhos have risen to fame thanks to photos of their breathtaking landscapes on social media.

In summary, for just a couple of hours of sunbathing and swimming, the beaches of Cascais are the most recommended. For an entire day at the beach, Costa da Caparica is the better choice. The rugged beaches around Sintra would be for couples and photographers looking for natural beauty and calmer, romantic shores. Sesimbra and Arrábida are the destinations if you want lots of engagement on social media.