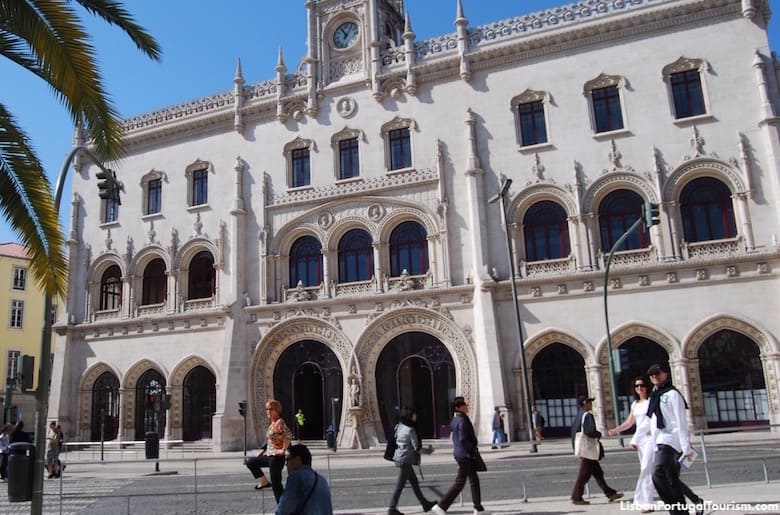 Rossio is Lisbon's most central station

The neo-Manueline (Portuguese Gothic Revival) architecture of this station makes it one of Lisbon’s most striking monuments. It faces the northwest corner of Rossio Square, which it was named after, and is the station for the suburban trains to Sintra. That historic town is the most popular day trip from Lisbon, so this is the station most used by tourists. The Lisbon-Sintra line also stops in the suburb of Queluz, which is home to one of Portugal’s most beautiful royal palaces. 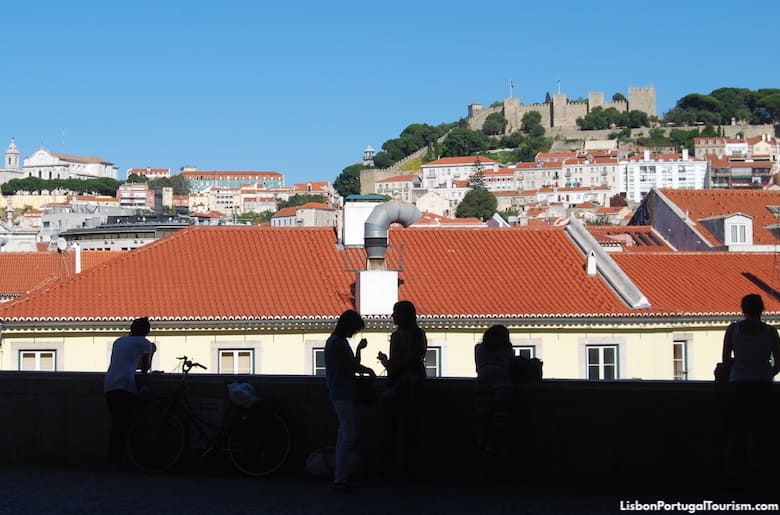 Inside, the station, which dates from 1888, has been modernized, but the exterior maintains the original horseshoe-shaped doorways and windows inspired by Portugal’s 16th-century palaces. A statue of King Sebastião once welcomed passengers between the doorways, but it was destroyed in 2016, when a tourist climbed it to take a selfie and it broke into pieces. 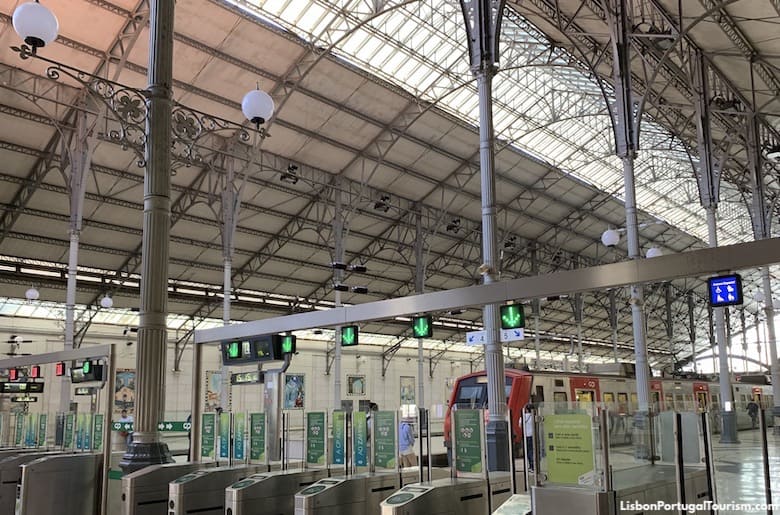 The train platforms are on the upper floor, reached via escalators, and right before them are the ticket office and ticket machines. In the spring and summer months when there are more tourists in town, there are often long lines and wait times of as long as 30 minutes. In order to avoid them and to go straight to the train, tourists are advised to acquire the Lisboa Card, which also offers free train trips.
Those without the Lisboa Card must purchase a card named “Viva Viagem.” It costs 50 cents and is recharged with the fare every time you take the train. It’s recommended that those traveling to Sintra charge it with two trips, so that they don’t need to stand in line on their return to Lisbon. 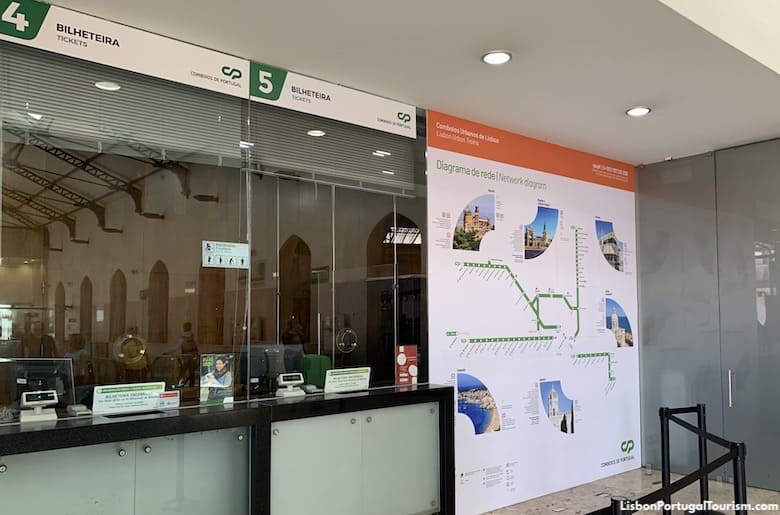 In Rossio, the magnetic tickets must be scanned to access the platforms, which are seen between walls decorated with colorful tile panels illustrating national monuments, legends and historic personalities. The trains to Sintra depart every 20 minutes, and take 40 minutes to reach their destination, as they make several stops along the way.
It should be noted that trains to the beaches and suburbs of Cascais and Estoril don’t depart from here. For those, you’ll have to head to Cais do Sodré Station on the waterfront. Trains to other cities in Portugal depart from Santa Apolónia and Oriente. 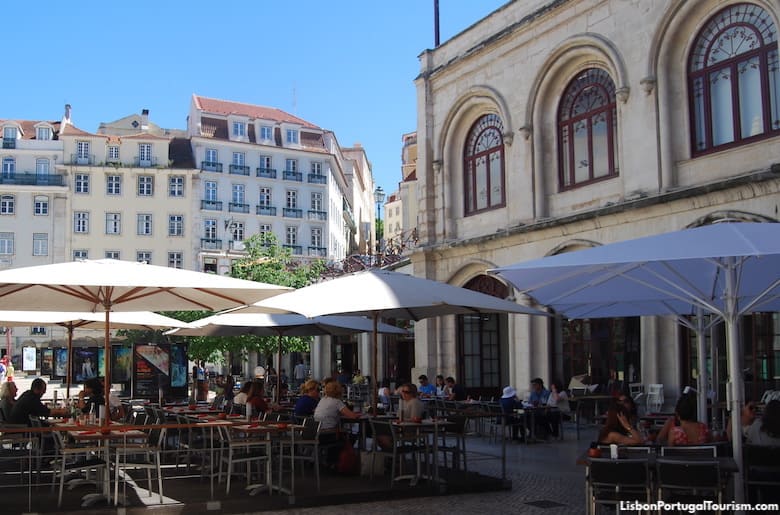 Outdoor restaurants next to Rossio Station

Rossio Station also houses a hostel and a coffee shop, and there’s also space for temporary exhibitions. Outside, to the left of the building, is a square (Largo do Duque de Cadaval) with outdoor cafés and restaurants.


How to Get to Rossio Station


The central location means that it’s within walking distance of almost anywhere in the neighborhoods of Baixa, Avenida da Liberdade, Chiado, Bairro Alto, and even Alfama to the east. It’s also well connected to metro stations -- Restauradores on the blue line and Rossio on the green.