Home > What to See and Do > Rossio Square 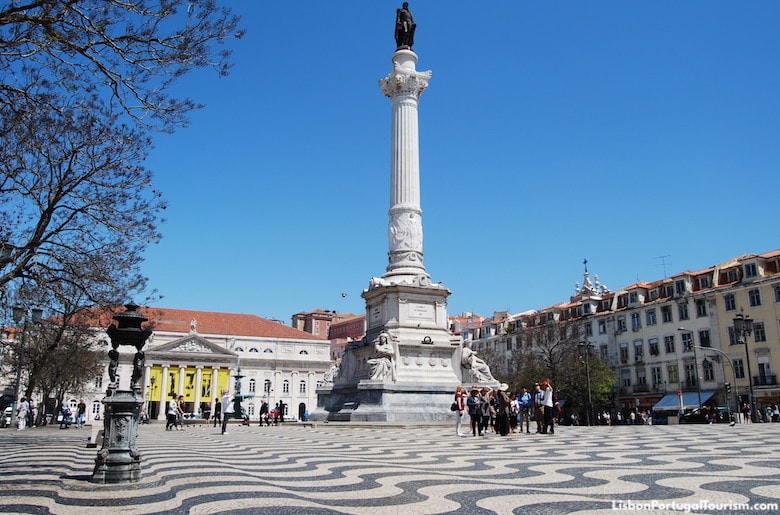 Rossio Square, in the heart of downtown Lisbon

The official name is Dom Pedro IV Square, but everyone knows it as Rossio. It marks the very center of the city, a lively place at any time of the day, with a wave-patterned pavement originally created in 1848, which has been reproduced throughout Portugal, in Rio de Janeiro and Macau. 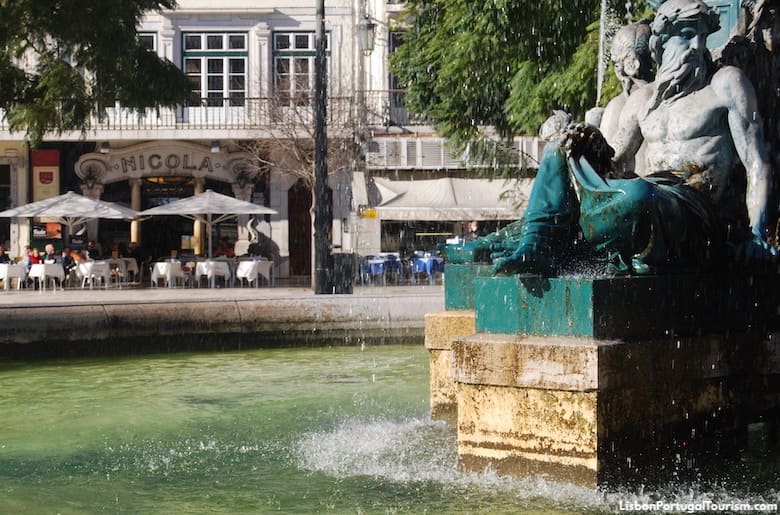 Nicola is one of Lisbon's classic cafés

It was the site of the bonfires of the Inquisition, and in the early 1900s it attracted intellectuals who met at several cafés, such as the Nicola, which still exists. It's also home to the neoclassical Dona Maria II National Theater, and to a monument to King Pedro IV, standing 27-meters (89ft) high between two monumental baroque fountains. 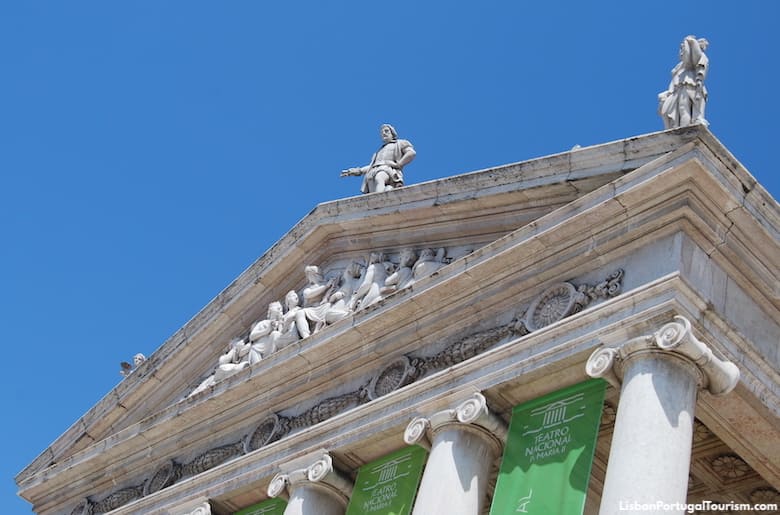 The National Theater Dona Maria II was built between 1842 and 1846, with a pediment crowned by a statue of playwright Gil Vicente, known as "Portugal's Shakespeare." Every year it presents a season of classic plays in its beautiful interior, which you may see on multilingual guided tours on Mondays. They take you through the different areas of the theater, explaining its historical and artistic heritage, and allowing you to get up close to the wardrobe and props, and even peek into the dressing rooms. 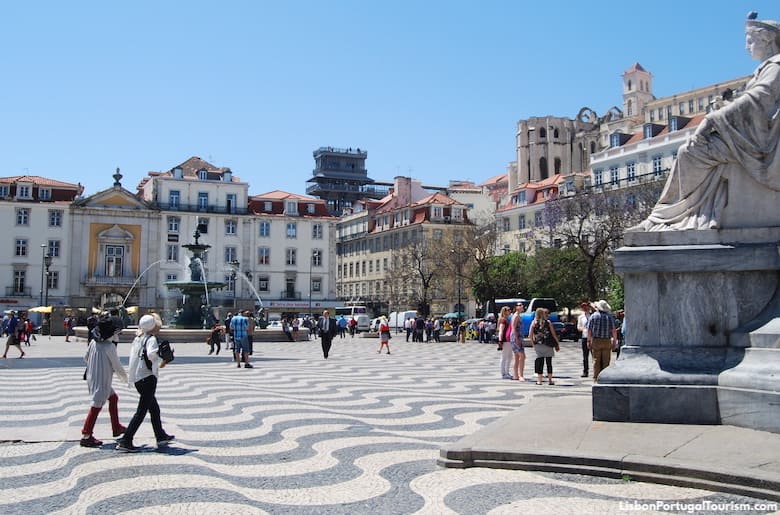 The wave-patterned pavement of Rossio Square, which was reproduced around Portugal and its colonies

On the opposite side of the square is a building with an arch that leads to a street that hides one of Lisbon’s most beautiful and most curious façades. It’s a relic rich in Art Nouveau ornamentation, and was one of the first movie theaters in Portugal. It opened in 1907, and in addition to film screenings it also featured live entertainment and children’s theater. It was considered a luxurious cinema, with a capacity for 100 people. The carved ornamentation at the entrance frames tile panels depicting female figures. Interestingly, since 1994 the interior is occupied by live female figures, since it was turned into a space for strip/peep shows. Despite today’s less-dignified use of the interior, the façade remains internationally recognized as one of the finest for a cinema of its time. 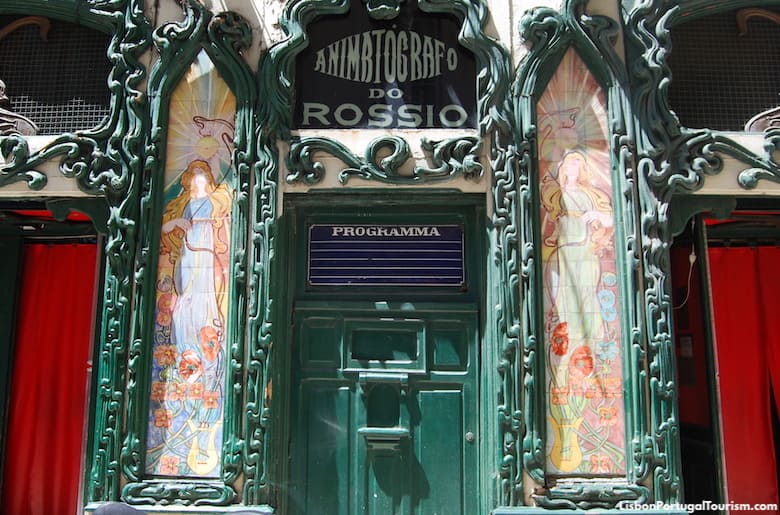 Animatógrafo do Rossio, one of the first movie theaters in Portugal

How to Get to Rossio Square


The square has a metro station with its name, which is on the green line.
You may ride the metro for free with the Lisboa Card.


From Rossio, you can walk down Lisbon’s main pedestrian street (Rua Augusta) to the grand waterfront square, Praça do Comércio. You may also head to the top of the Santa Justa Elevator for a view over the square and all of downtown Lisbon.


Where to Stay in Rossio Square 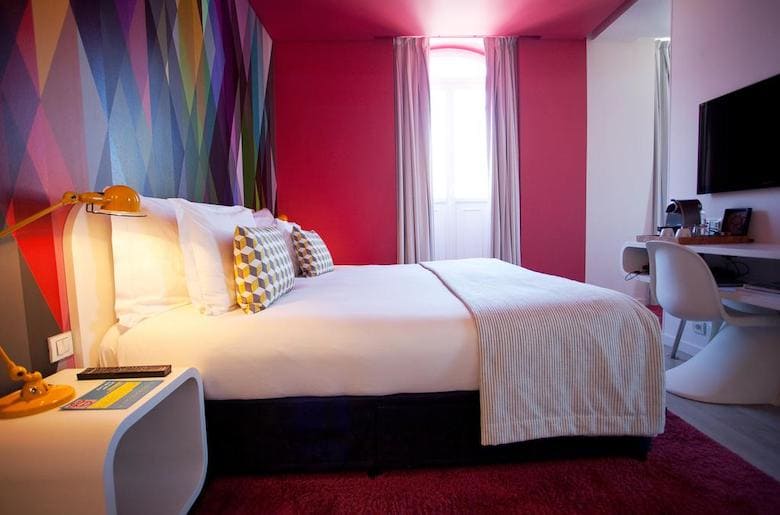 A Belle Epoque building on the southeast corner of Rossio was built as a hotel in 1909, and exactly one century later it was renovated and turned into a design hotel for modern travelers. There are views of the square from the rooms, and especially from the restaurant on the top floor. 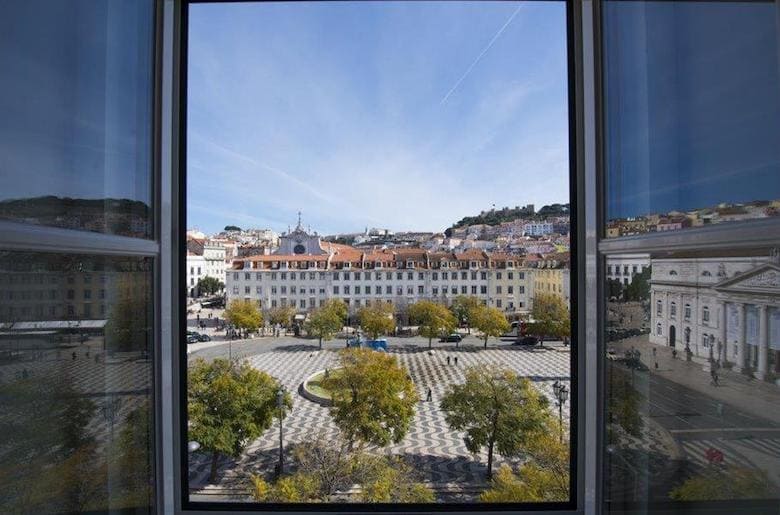 Offering a superb view of Rossio from many of the 46 rooms, this is a superior 3-star hotel with simple but comfortable rooms. Its restaurant recalls a historic café that existed on this location until the 1970s. 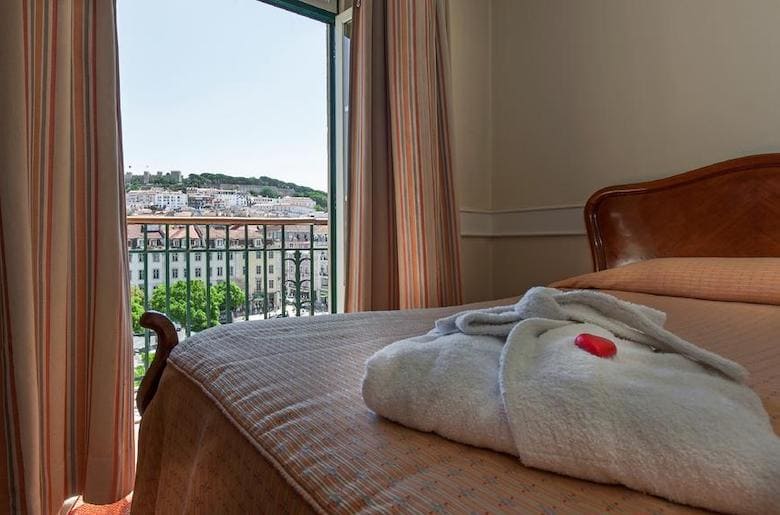 It’s one of Lisbon’s oldest hotels, and although it’s a little dated, its location can’t be beat. It’s in a building from the 1920s that’s home to the historic Nicola café, and some of the rooms overlook Rossio. Double-glazed windows keep out the noise.