Home > What to See and Do > Museums

Guide to the 25 Best Collections


From old masters to contemporary masterpieces, Lisbon's museums are filled with some sublime yet surprisingly little-known collections. Rarely crowded, some even present art not found anywhere else in the world. Best of all, most are free or offer reduced admission with the Lisboa Card. 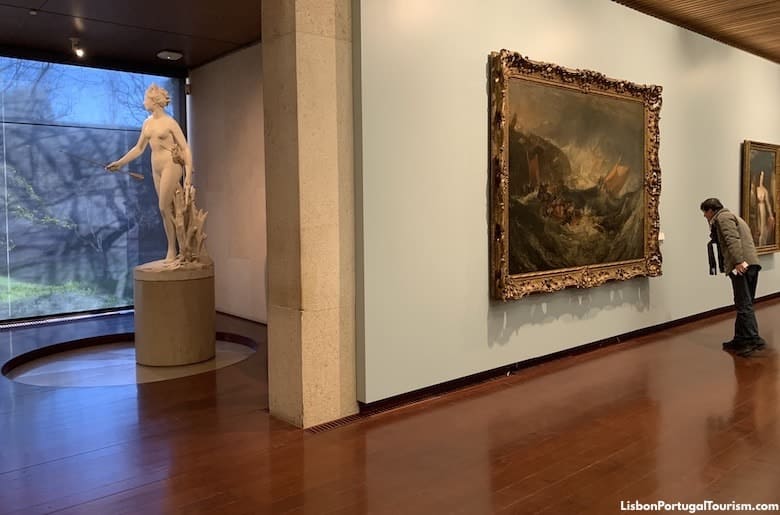 One man's goal to collect "only the best" led to the creation of this museum where everything is a masterpiece, originally from Egypt, Greece, Asia, and St. Petersburg's Hermitage. In addition to the world-class collection of the founder, there’s modern art in a second building, separated by one of the city’s most pleasant parks. 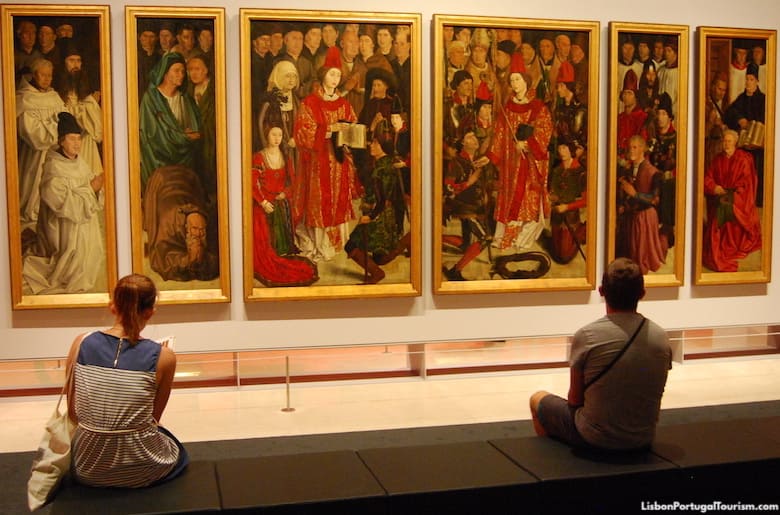 The art that arose after the Age of Discovery, from the mixing of cultures from the East and the West, is on display at this museum together with works by Hieronymus Bosch and Albrecht Dürer, among others. It’s Portugal’s “national gallery” and the museum to learn about the country’s art, history and culture. 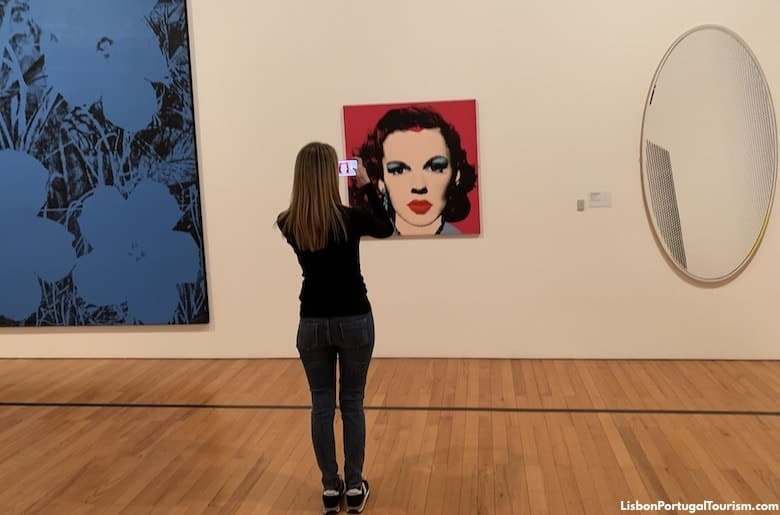 Millionaire Joe Berardo spent part of his fortune on art, and the result is this museum with an outstanding collection of modern and contemporary art. There are works by Andy Warhol, Picasso, Magritte, Dali, Paula Rego and many other names of modern European and American art. 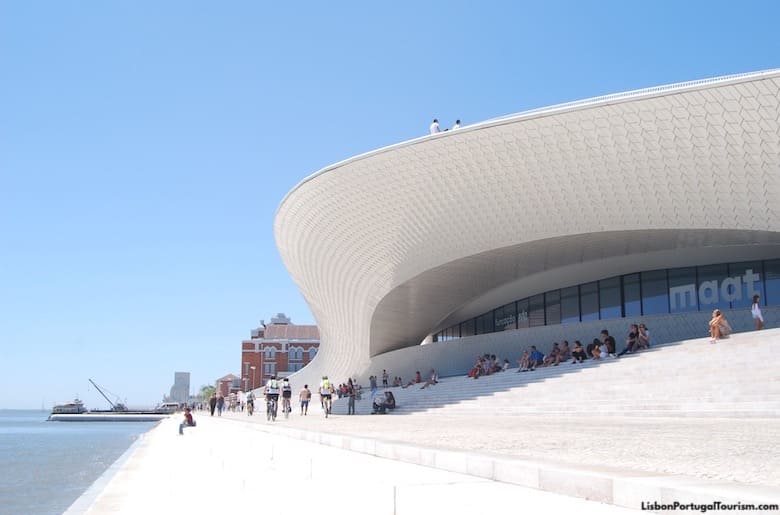 Housed in a former power plant and a new building which is itself a work of art, this museum presents temporary exhibitions of international contemporary art. You may walk on top of the iconic building, for a wonderful view of the river and 25 de Abril Bridge. 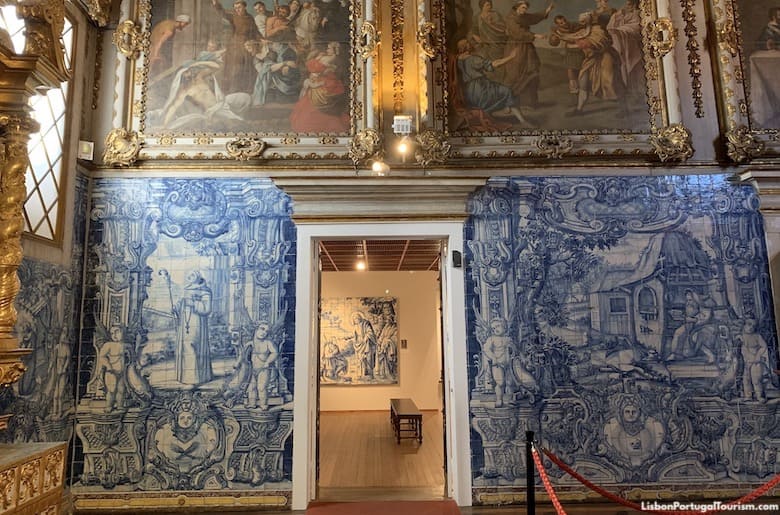 This exceptional museum is Lisbon’s most beautiful. It’s in a magnificent 16th-century convent that became a stunning tribute to 500 years of the art of the decorative tile. Tile art is found in all Mediterranean cultures, but only Lisbon has a museum completely devoted to it, as it was in Portugal that it achieved the greatest prominence. In addition to national productions, it has some extraordinary pieces from the Netherlands and Spain. 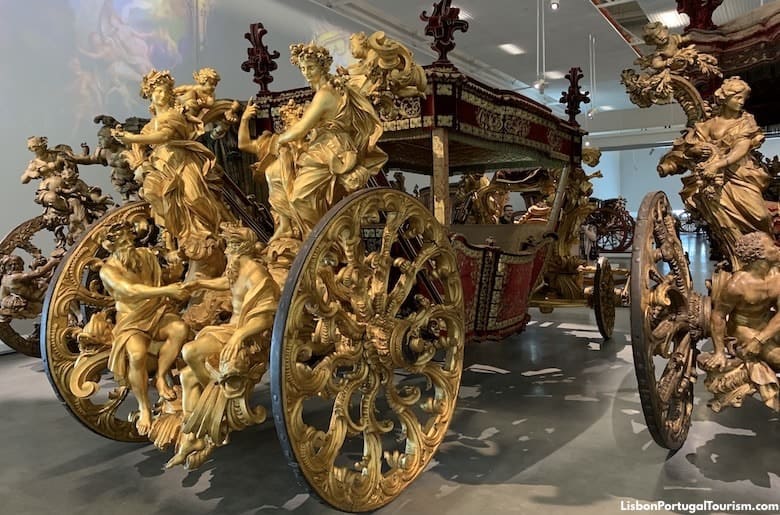 There’s no other museum like it. It has the world’s largest collection of carriages, resulting in a fantastic display of fairytale vehicles that once transported European royalty. It’s housed in a huge modern building and in the former royal riding stables across the street, and is one of Lisbon’s most visited attractions. 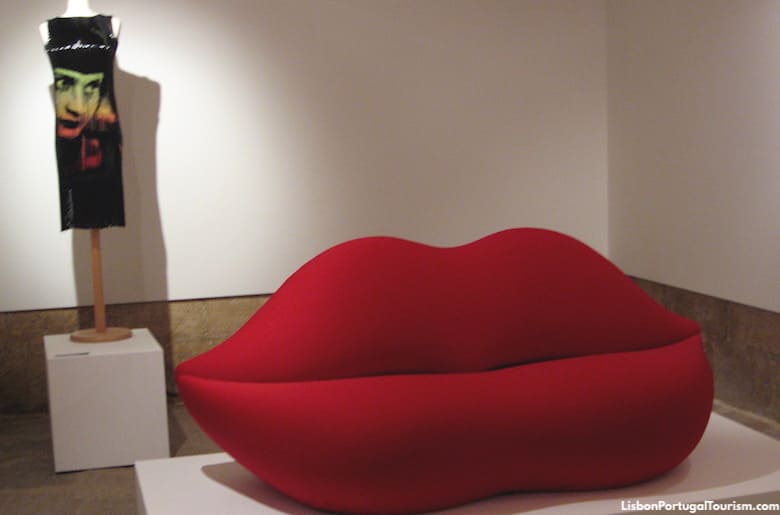 Christian Dior, Vivienne Westwood, Versace, Charles & Ray Eames, Le Corbusier, and Philippe Starck are just half a dozen names of the design and fashion worlds represented in the world-class collection of this museum, considered one of the best of its kind in Europe. 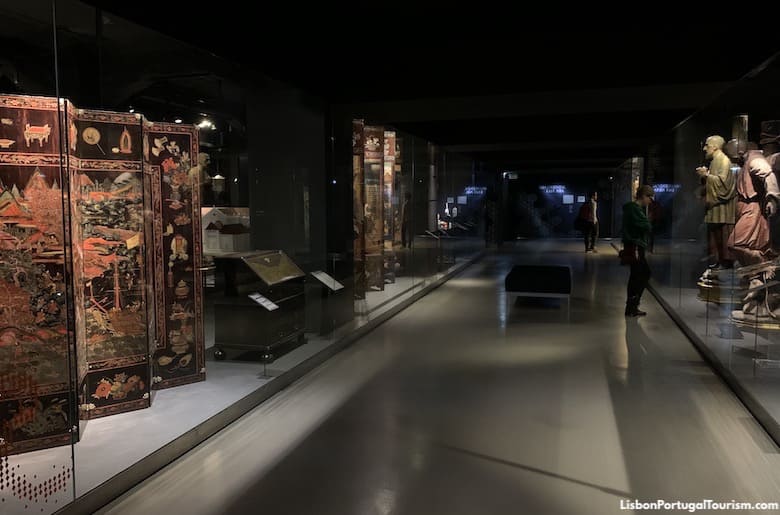 Portugal was the first European power to establish colonies in Asia and was the last one to leave (Macau finally became part of China in 1999). So it's only natural that Lisbon has a museum dedicated to the art and culture of the East (and how it was influenced by the Portuguese and other Europeans), presenting paintings, textiles, masks, and Indo-Portuguese pieces. 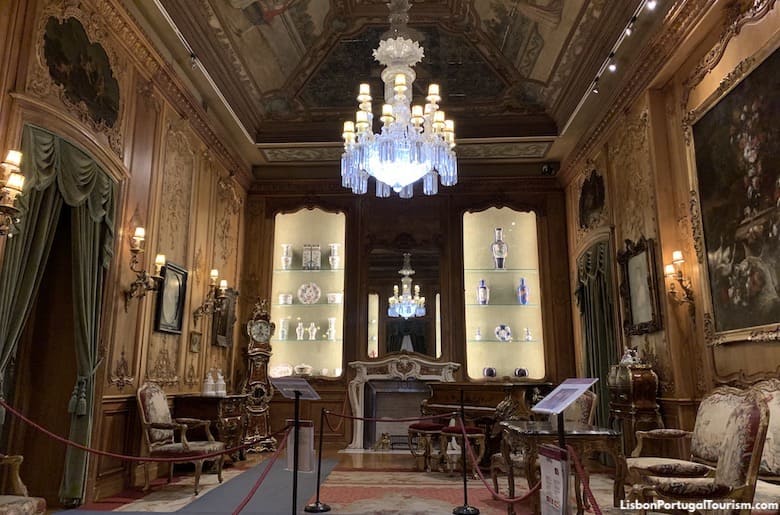 This unsung gem is a mansion displaying an extraordinary collection that belonged to a wealthy businessman. It’s a treasure trove of surprises, including a Rembrandt portrait, works by Rubens and Tiepolo, the world's most notable private collection of clocks, Chinese porcelain, and a fountain originally from the gardens of the Palace of Versailles. 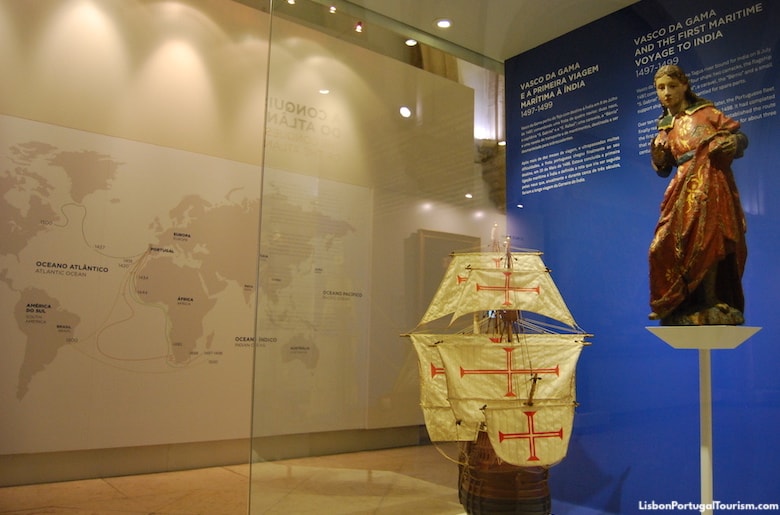 The story of Portugal's long history at sea is told in this museum through old maps, ships and globes, as well as the plane that made the first crossing of the South Atlantic in 1922. There are also shipwreck treasures, and an entire room explaining the “Portuguese Discoveries” of the 15th and 16th centuries. 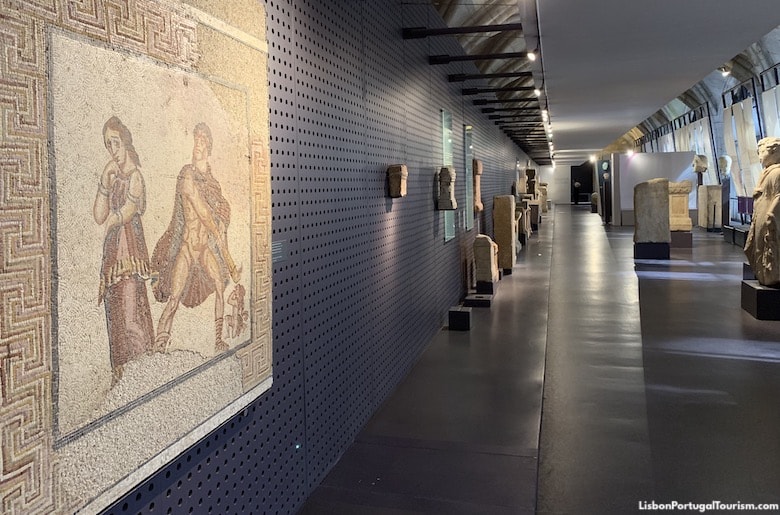 Housed in the former dormitory of the Jerónimos Monastery, Portugal’s archaeological treasures includes jewelry, sculptures, and mosaics. They were found in excavations around the country, and mostly date from its Celtic, Roman and Moorish periods. Donated pieces include mummies from ancient Egypt, displayed in a separate room. 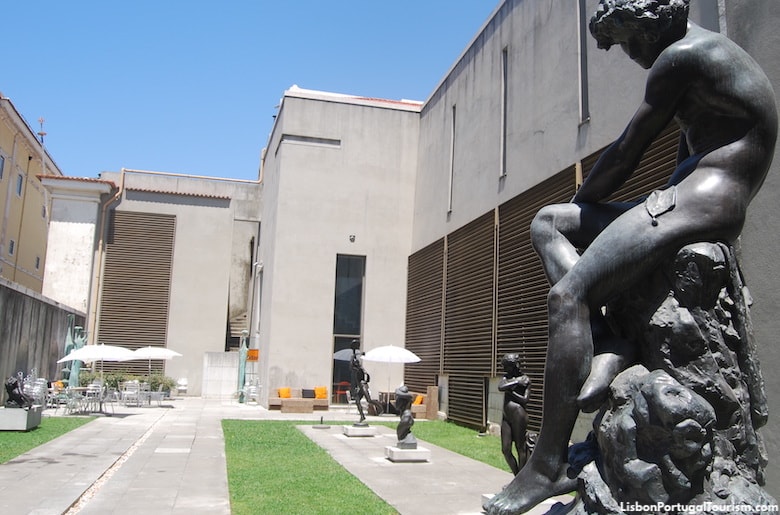 A converted convent houses the largest collection of Portuguese art from 1850 to the present. It opened in 1911, and was completely renovated in 1994, when Lisbon was the European Capital of Culture. It expanded in 2015, and is now able to display a larger part of its collection, which also includes French sculpture from the late 1800s. 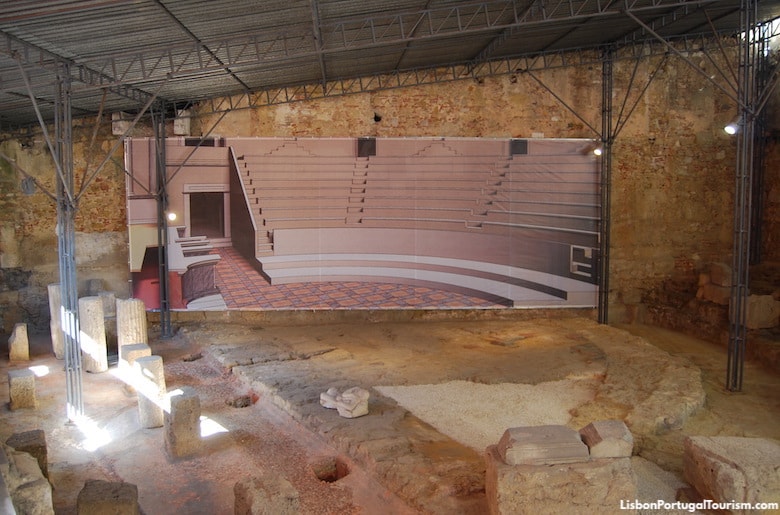 The best way to really get to know Lisbon, is through the five branches that make up this museum. They tell the story of the city from prehistory to the present, and focus on different aspects of the local culture. The main branch is in a palace from the 1700s, which has a beautiful garden with live peacocks and ceramic animals scattered around. Other exhibits are shown in one of the turrets of the city’s grandest square, while archaeological finds are on display in a 16th-century building, another branch shows the remains and artifacts of a Roman theater, and yet another tells the life story of St. Anthony on the site where he was born. 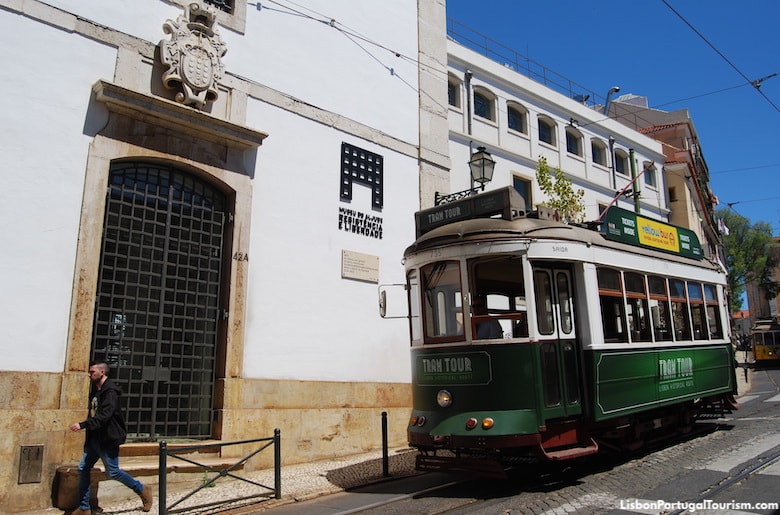 A former prison is a surprising and fascinating museum dedicated to the memory of political prisoners and others who fought for democracy and freedom, against the fascist regime that ruled Portugal for a large part of the 20th century. Until 1965, this was where those who dared confront or challenge the authoritarian government were interrogated and tortured, and their claustrophobic cells can be seen together with displays showing censorship in the media and artistic expression, as well as the fight for independence of the Portuguese colonies in Africa and Asia. At the top is a café with a beautiful view over the cathedral and the river. 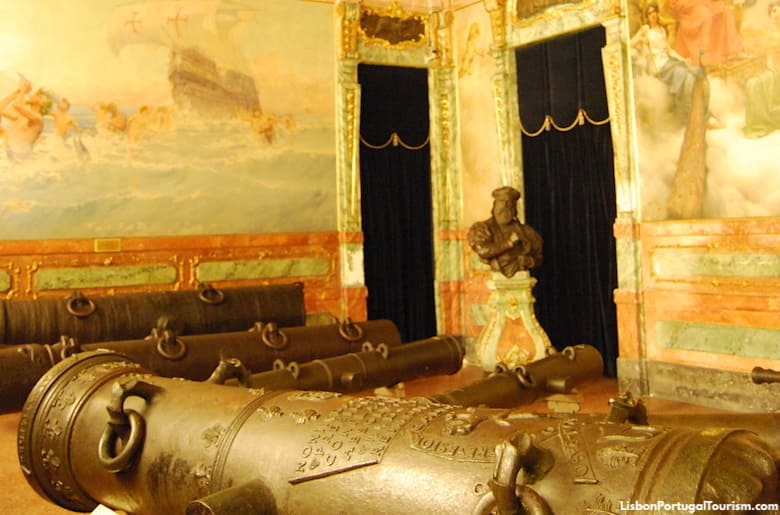 It’s Lisbon’s oldest museum and one of its most beautiful, yet one of the city’s least-visited attractions. It has a huge collection of artillery, plus 14th-century swords and 16th-century armor, among other war and military-related pieces, but the highlights are the sumptuous rooms with their beautifully painted ceilings. On the cannon-filled courtyard is a series of tile panels, illustrating Portugal’s most historic battles. 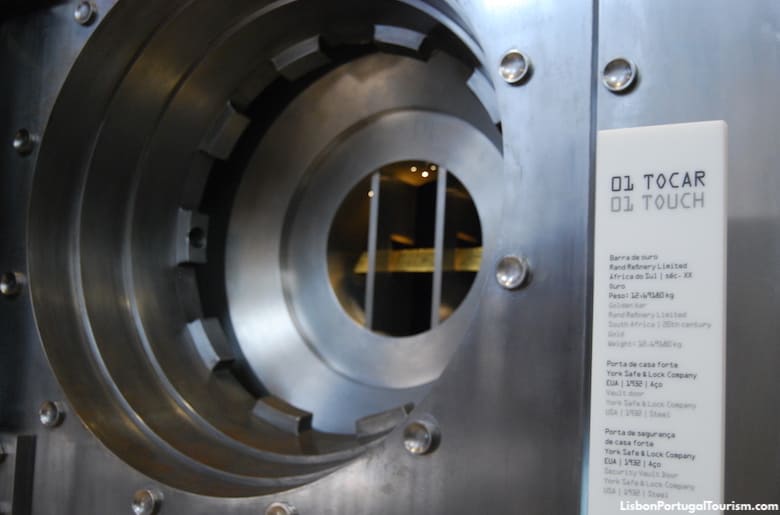 A baroque church has been turned into a museum focusing on the history of money. There are rare banknotes and coins from different countries, a gold bar worth half a million euros, and interactive displays that allow visitors to mint a coin and print a bill with their image. In the basement are remains of Lisbon’s medieval wall. 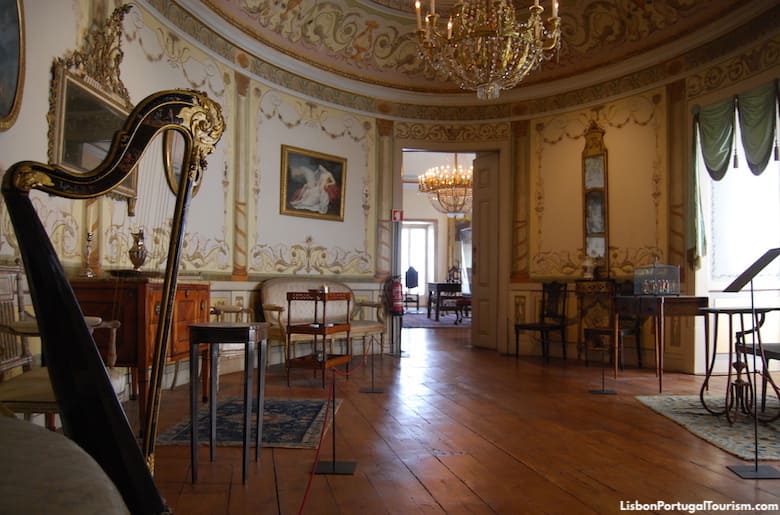 Splendorous rooms decorated with frescoes and tile panels are the perfect 18th-century setting to display a collection of decorative art. It offers a glimpse of aristocratic life in the 17th and 18th centuries, with priceless pieces of silverware, Flemish tapestries, and Indo-Portuguese furniture. 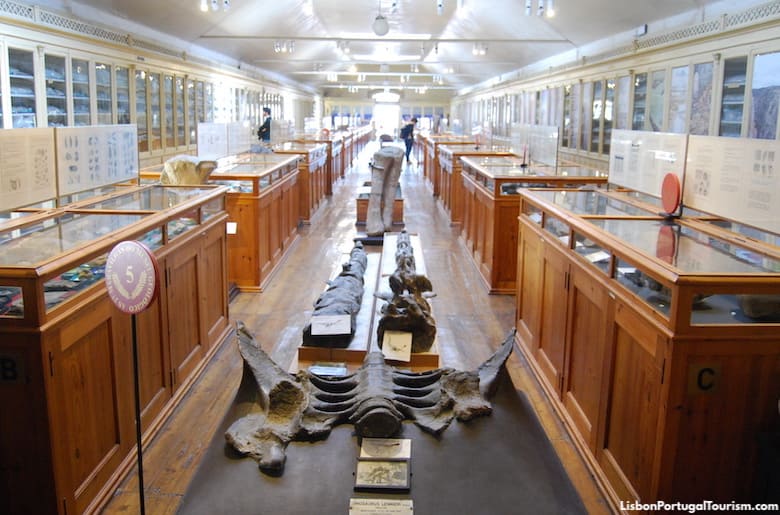 About 100 million years of planet Earth’s history is told through the treasured fossils and minerals in this old-fashioned but fascinating museum. It’s all spread over four halls of a former convent, and includes the world’s oldest snakes, mammals from the Jurassic period, the head of a gigantic 20-million-year-old crocodile found in Lisbon, dinosaur legs and footprints, tools and objects used by prehistoric humans, and minerals taken from Portuguese mines and other countries. 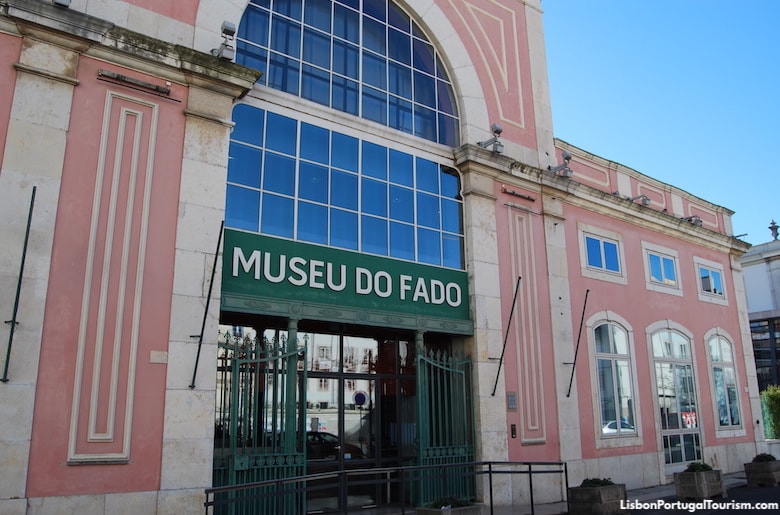 This museum in a 19th-century reservoir recounts the story of fado, the musical style that originated in Lisbon’s streets in the early 1800s and is now on the World Heritage list. An audio guide explains what is on display (instruments, costumes, paintings), and there are recordings of hundreds of artists, accompanied by their biographies and historical images. 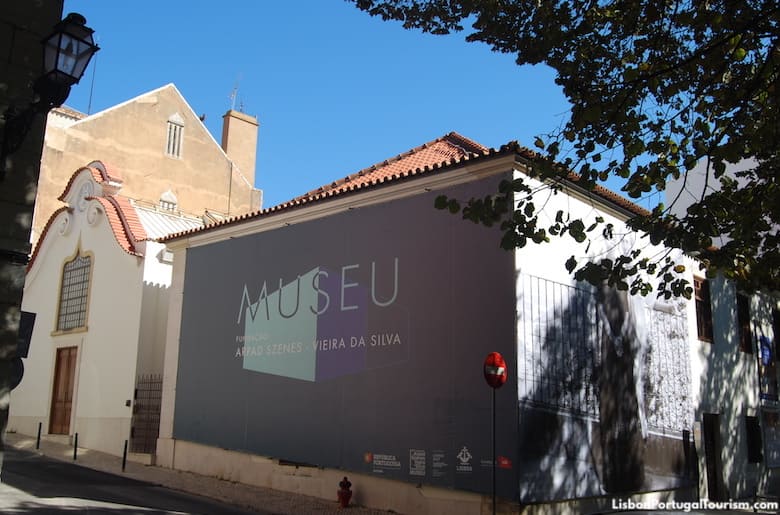 An 18th-century silk factory facing a landscaped square now houses a museum dedicated to Maria Helena Vieira da Silva (one of Portugal's biggest 20th-century artists) and her Hungarian husband. After spending some time in Paris, she became the first woman to receive the French "Grand Prix National des Arts,” and ended up dividing her time between the Portuguese and French capitals. Most of her work is abstract compositions, and some of her best paintings, drawings and prints are on display at this museum. 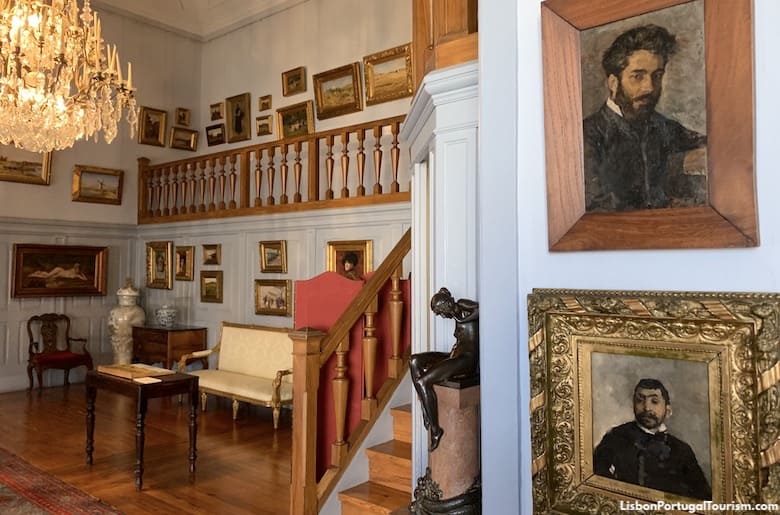 Housed in a prize-winning building from 1904, this museum shows the collection of a renowned ophthalmologist. It has around 3,000 pieces that range from Chinese porcelain to 19th-century European furniture, and paintings by Portuguese artists, carefully displayed in an Art Nouveau interior. 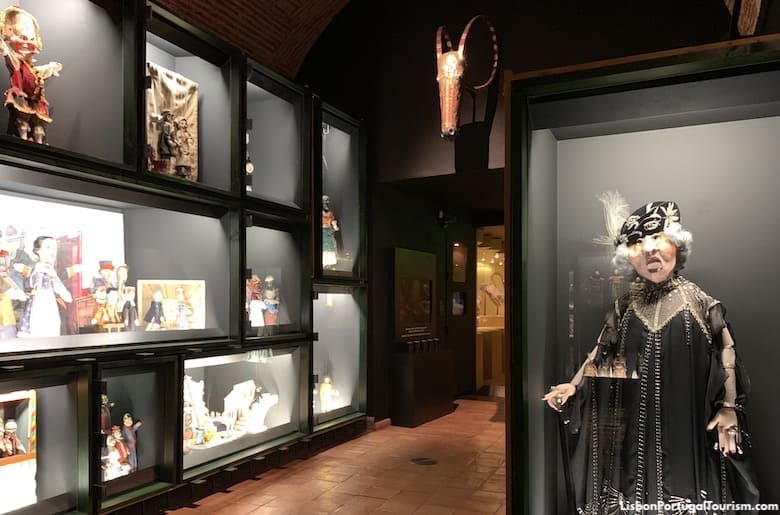 An 18th-century convent was chosen as the site to beautifully display a wonderful collection of puppets. Some are centuries-old, and come from all over the world, from Myanmar to China, to Italy and, of course, Portugal. Sometimes it’s also the stage for puppet shows for children, but this is a museum that children and adults alike will enjoy. 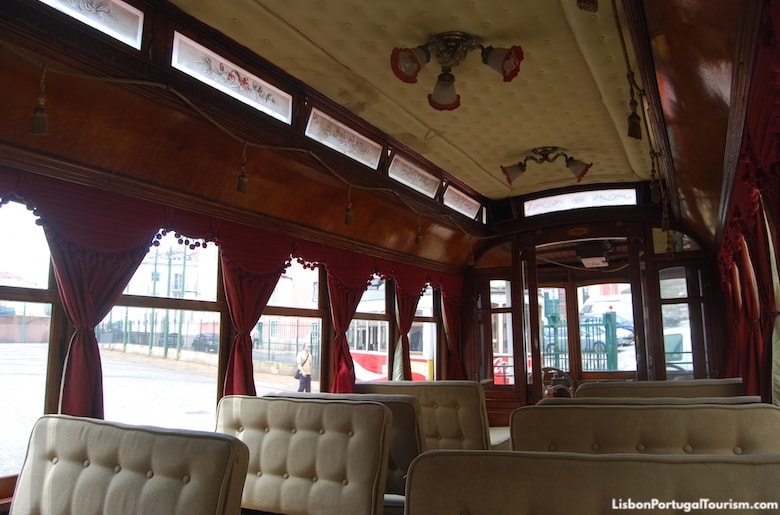 Lisbon’s public transportation company (Carris) manages this museum in a tram terminal. It shows how the city’s trams, buses and metro evolved over the decades, displaying vehicles originally drawn by horses, the first electric trams, and double-decker buses. The highlight is a beautiful old tram (pictured above) that takes visitors between the different buildings of the museum. 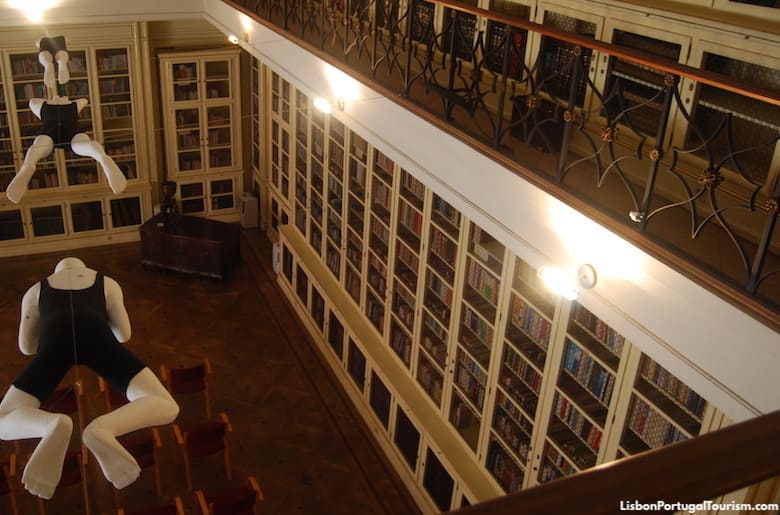 Part of the beautiful Foz Palace in Praça dos Restauradores is a museum dedicated to the history of sports in Portugal. It includes a sports-related library (pictured above), with around 60,000 books in different languages, including the 16th-century "De Arte Gymnastica" by Hieronymi Mercurialis, considered the world’s first sports book. The temporary exhibitions present a variety of pieces, like equipment worn by Olympic runner Rosa Mota, a sneaker worn by triple jump champion Nelson Évora when he won the gold medal at the 2008 Olympics, a Golden Shoe awarded to the great footballer Eusébio, and cleats worn by Cristiano Ronaldo. 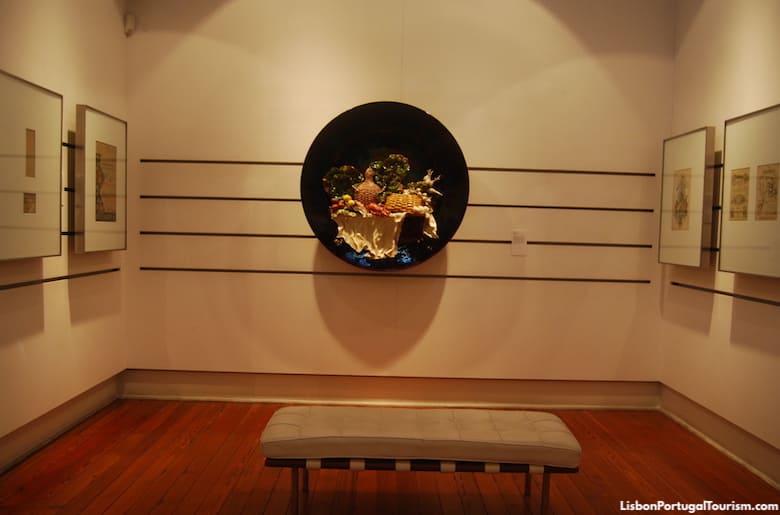 Rafael Bordalo Pinheiro was probably Portugal’s most multifaceted artist. He started as a journalist and caricaturist, but went on to become an important potter and painter. All of his work critiqued and satirized the country’s social and political life in the late 1800s, often using animals and plants to convey a message. You can see much of it in an early-20th-century mansion, which displays some of his most outrageous cartoons and colorful ceramics.