Taxis and Uber in Lisbon 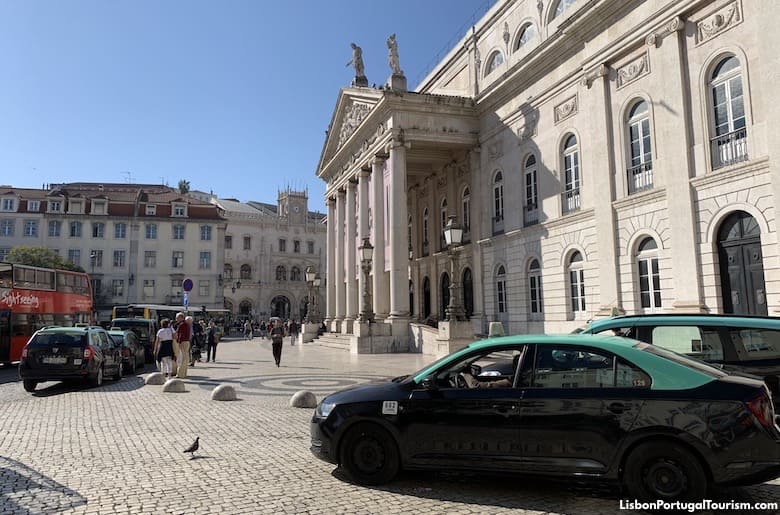 As elsewhere, taking a taxi in Lisbon is the most convenient way to travel around the city. Fares in Portugal are a little lower than in other European countries, so it can be a good value if you’re traveling in a group (splitting the cost often comes out cheaper than buying individual tickets to the bus or metro -- if you don’t acquire the Lisboa Card, that is). For tourists it’s the most common option late at night, after a day of sightseeing and post-dinner drinks in Bairro Alto or Cais do Sodré. Not all drivers speak English, but many do (the younger ones). Some of the older drivers who don’t, know a few English words, so communication isn’t generally a problem. However, it may be a good idea to write down your destination on a piece of paper or on your phone, and show it to the driver, to avoid any miscommunication (tourists also often have trouble pronouncing street or attraction names in Portuguese, so this also saves you the trouble of figuring that out).

Most taxis are the conventional four-seaters (three passengers in the back and one in the front), but there are others that can take as many as seven people. Those charge higher rates (20% more), but the luggage and call supplements remain the same. These rates are charged regardless of the number of passengers -- whether it’s just one or two, or a total of seven. If a larger taxi is at the front of a rank, you can choose the next smaller one instead, but the driver is required by law to point to the larger one, which you can decline. On the other hand, if you do need the bigger 7-passenger taxi, it may be best to ask your hotel to call for one, as hailing one from the street or finding one at the nearest rank may be difficult.

All taxi drivers are registered (their registration card, with their photograph, is displayed in the vehicle), so safety is never an issue either. The only thing to worry about is getting an unscrupulous driver who overcharges. This is most common on trips from the airport. By law, drivers must turn on their meters, so never accept a set price (something that is now rarely offered). At night (between 9pm and 6am), on weekends and public holidays, fares increase by 20%, but no trip within the city should be over 10 euros (it’s often as little as 5 to 8 euros). There are extra fees for luggage (all luggage, not per piece; even if you don’t place it in the trunk) and for telephone bookings (which tourists rarely do, but keep that in mind if your hotel calls for a taxi for you). Wheelchairs and baby carriages are free. All fares are clearly labeled inside the vehicles, usually on the window.

Cars are black and green, or beige. They can be hailed from the street, but in the center of the city you’ll find ranks on or around the main squares and streets, and outside train stations and major hotels.

If you take a taxi to anywhere outside the city limits (like Cascais or Sintra), rates are much higher and the trip can be quite expensive. This is especially true if you’re traveling from the airport, and in that case it may come out cheaper to book a transfer. Any tolls are paid by passengers.

Make sure you ask for a receipt (which are usually handwritten) -- the Portuguese word for receipt is “recibo” (pronounced “re-see-boo”). Tipping is not expected, but many passengers round up or add one or two euros.


Uber was the first ridesharing service in Lisbon, and although it has recent competitors, it remains the most popular. Fares tend be to slightly lower than regular taxis, but note that if you call an Uber at the airport, the car can’t stop outside the arrivals terminal and there may be some confusion figuring out your pickup location. See all Lisbon airport transportation options.


Another alternative to taxis is taking a tuk tuk. These auto rickshaws arrived in Lisbon in the last decade and have become quite popular with tourists. They are not public transportation, and drivers are also guides, who point out the city’s attractions along the way. They are significantly more expensive than taxis, but can be useful in the hillier parts of the old town, like Graça and Alfama.
See the Lisbon tuk tuks guide.