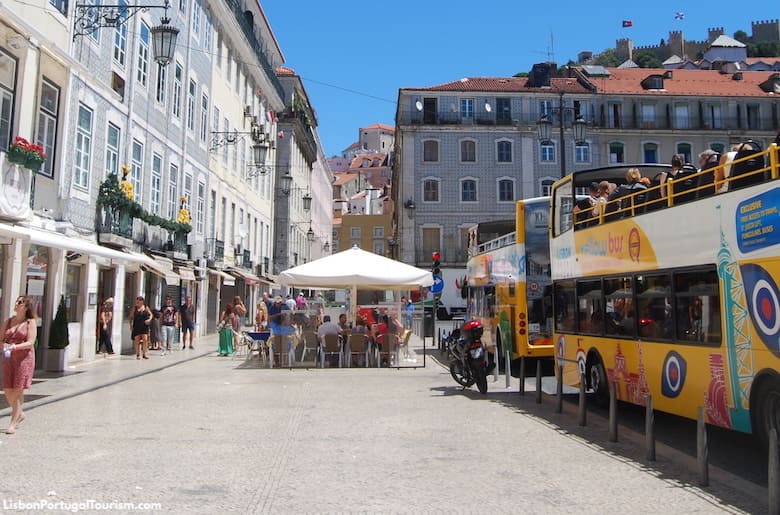 Many tourists like to take hop-on hop-off bus tours, but in Lisbon that’s only recommended if you’re in town for as little as 24 hours. The city is best explored on foot, as many of the narrow streets and surrounding attractions aren’t even accessible by bus. These tours, however, do take you to many districts that require different transportation connections, so are good for those with limited time. They offer 24-hour tickets, meaning you can use them over two calendar days (the 24 hours start counting when you first validate the ticket). These tours also have commentary in different languages, although guidebooks or online guides provide much better information. It’s also worth noting that, due to traffic (and high demand in the summer season), there may be long waits at the different stops.

There are three companies providing hop-on hop-off bus tours in Lisbon. One departs from Praça da Figueira downtown, and the other two depart from Edward VII Park (on the southern end, facing the Marquês de Pombal roundabout). They all provide similar services, taking almost identical routes. Always take a look at the frequency and scheduled times of each departure, as some services only depart every 90 minutes. It’s recommended that you take the entire route first, and then hop off in the areas or by the monuments of your interest on your second journey. The districts of Belém (with the major landmarks and museums) and Parque das Nações (the modern waterfront) are the two main stops. For the old town (Alfama) and around the castle, you’ll have to take a tram tour (see below).

Prices of Hop-On-Hop-Off Tours in Lisbon


Prices start at around €20 for city-wide tours. There are many options available, including excursions to destinations outside Lisbon. Booking online guarantees the best deals.


Below are the three companies providing hop-on hop-off tours in Lisbon, and links for bookings. 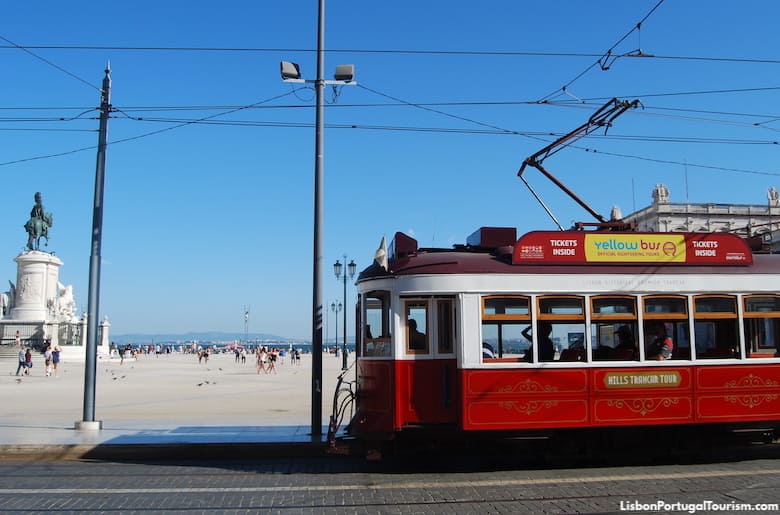 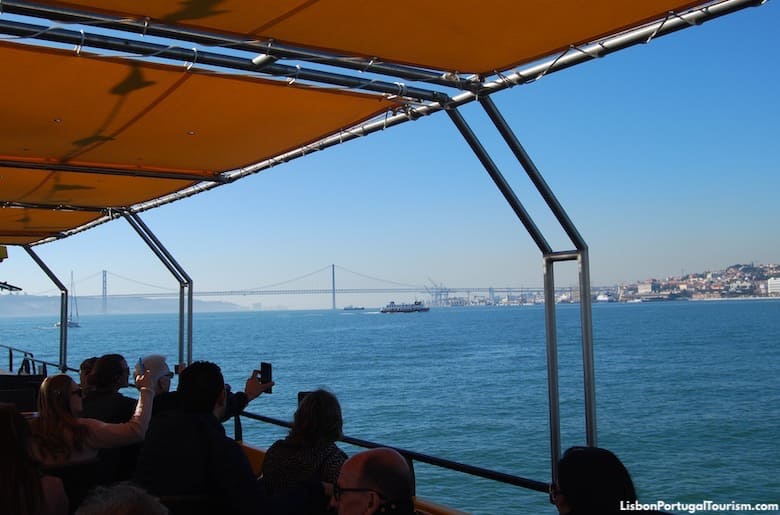 The Gray Line, operated by Cityrama, is present in many cities. It offers four routes -- one that goes up to the castle on a smaller bus, another that goes to Belém, another that goes to Oriente (Parque das Nações), and yet another to Cascais. You may buy 24- or 48-hour tickets, and choose to just go up to the castle, choose Belém + one another route (castle, Parque das Nações/Oriente, or Cascais), or Belém + 2 other routes, or all 4 routes (Belém, Castle, Parque das Naçõe/Oriente, and Cascais). The advantage of this company is that is has the option to the beaches of Cascais. Its first departure in the summer is at 9am, and in the winter it’s at 9:30am. The last one in the summer is at 7pm, and in the winter it’s at 5pm.
You may book your tickets here:
- 24- or 48-hour ticket around Lisbon and option to Cascais

This company offers two routes, with one of them passing by the Tile Museum, which is one of Lisbon’s greatest attractions but located outside the center and with few public transportation links. It goes through downtown, then along the riverfront -- one in the direction of Parque das Nações in the east, and the other towards Belém in the west. Both routes take about 1 hour to complete, and there are buses every 30 minutes until around 5pm.
You may book your tickets here:
- 24- or 48-hour ticket to the two lines 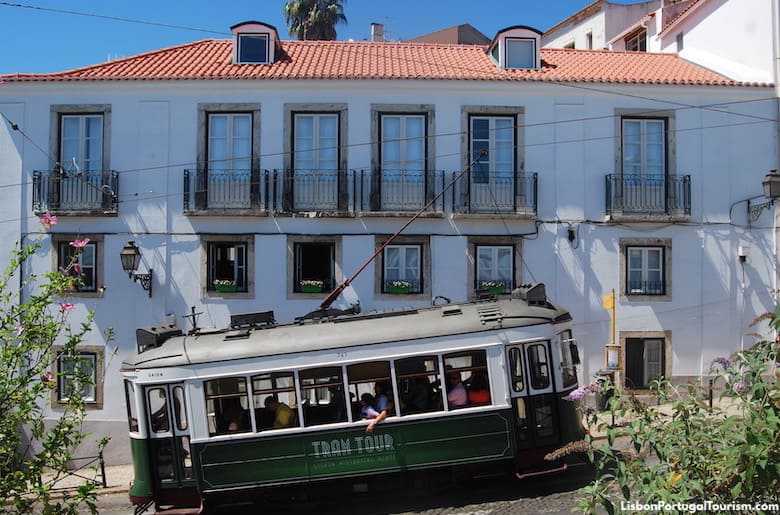 Tourist tram going up the hill in Alfama


Here are some of the sights covered by these tours:

Avenida da Liberdade - Lisbon’s grand central boulevard, known for its luxury shopping. On your tour, look down and admire the beautiful cobble designs of the pavements and notice the architecture of the buildings around Restauradores Square at the end of the avenue.

Campo Pequeno and Praça de Espanha - Two busy squares in the modern Avenidas Novas district. The first is home to the bullring from 1892 that’s now mostly a concert venue, and the other is the stop for the Calouste Gulbenkian Museum, which houses Lisbon’s greatest art collection.

Amoreiras - Little visited by tourists, the glass towers of Amoreiras are iconic of modern Lisbon and house a shopping mall and an observation deck at the top. From here it’s possible to walk to the monumental aqueduct.

Estrela - The stop for one of Lisbon’s grandest churches and its most pleasant park. The food hall of the market in the neighborhood of Campo de Ourique is within walking distance.

Belém - The main hop-off stop and where tourists spend most of their time. There are the World Heritage monuments (Jerónimos Monastery and Belém Tower), the great museums (Coaches Museum, MAAT, Berardo Museum, among others), and the famous custard tarts.

Parque das Nações - Many choose to stay on the bus and admire the architecture and the river as they move through the district. However, there are many reasons to hop off here, as it’s Lisbon’s most modern district, with a wonderful waterfront promenade, the spectacular Oceanarium, and some striking examples of contemporary architecture worth a closer look.