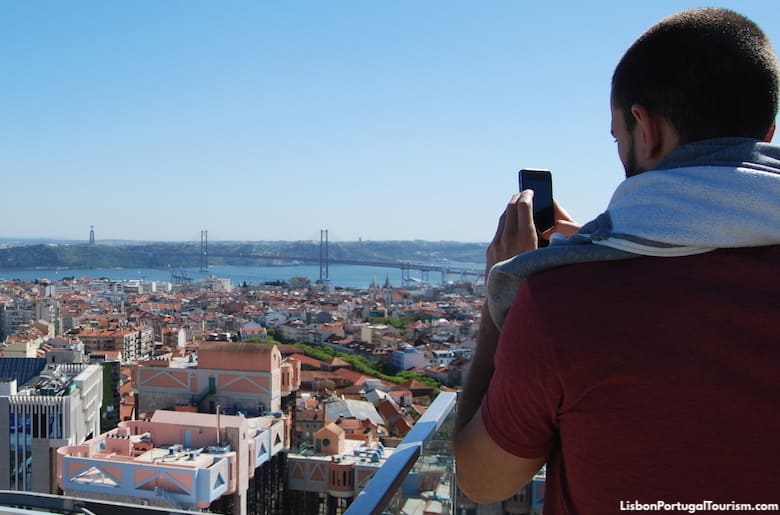 The Amoreiras towers and its shopping mall opened in 1985, but it was only possible to visit the top and enjoy the beautiful panoramic 360º view in 2016. Two benches, three telescopes and two maps pointing out the most important landmarks (from the castle to the Royal Palace of Ajuda, and even the airport) are scattered around the terrace on the 18th floor, reached by an elevator on the second floor of the mall. 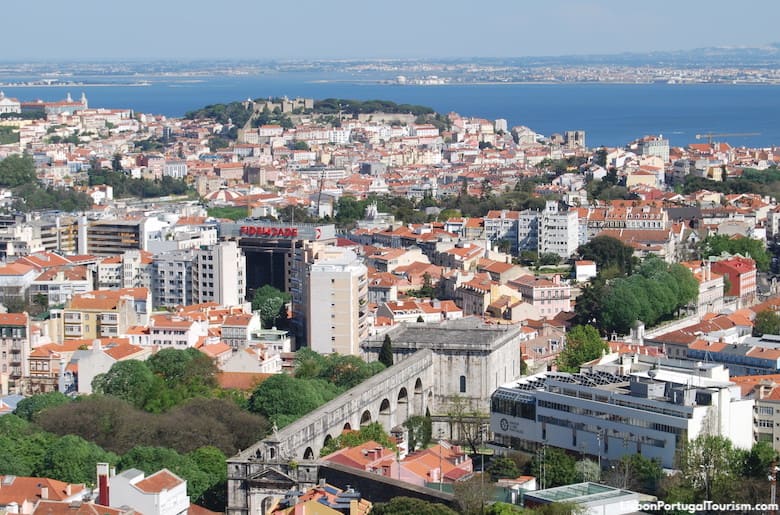 It opens every day at 10AM, closing for lunch (12:30PM to 2:30PM) from Monday to Friday. During the autumn and winter months it closes at 6PM, while in spring and summer it remains open until 10PM. 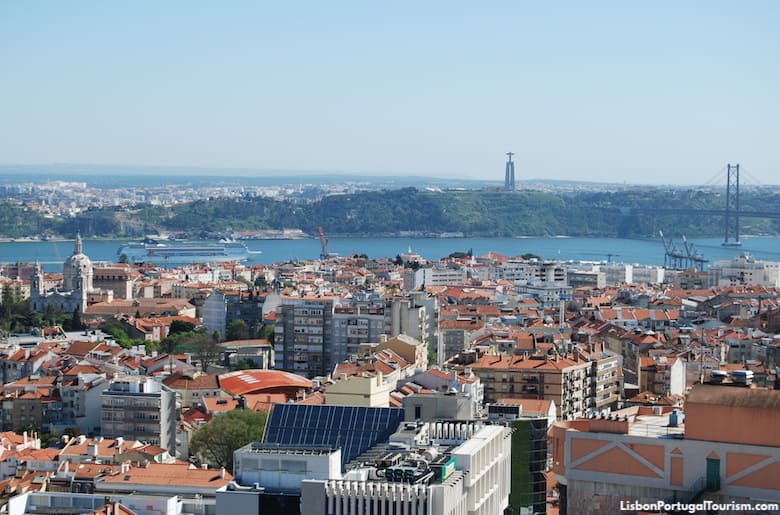 The Amoreiras Shopping Center was Lisbon’s first major mall and remains a favorite. While Colombo eventually surpassed it in size and Centro Vasco da Gama in Parque das Nações is more popular, Amoreiras has more of an exclusive feel. In total there are over 275 retail spaces, including restaurants and a multiplex cinema. 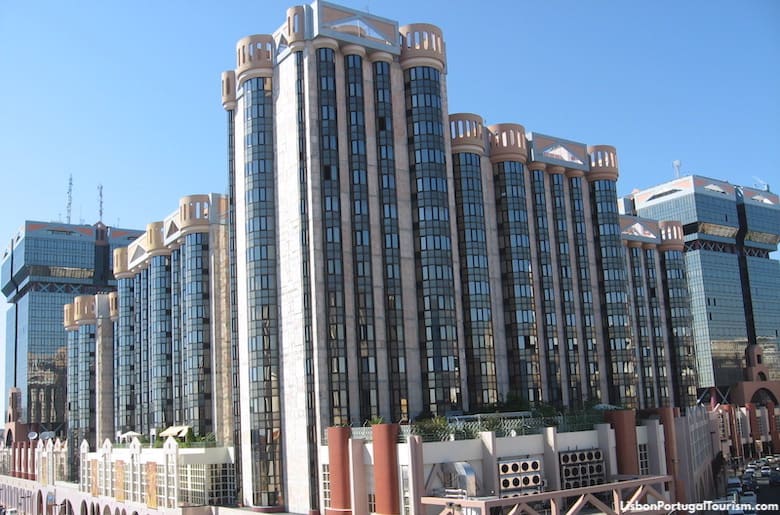 The glass towers of the Amoreiras complex

This rest of the Amoreiras complex, which is made up of three mirrored towers, houses offices and luxury apartments. It was quite a controversial construction in the 1980s, due to its colossal post-modern style. 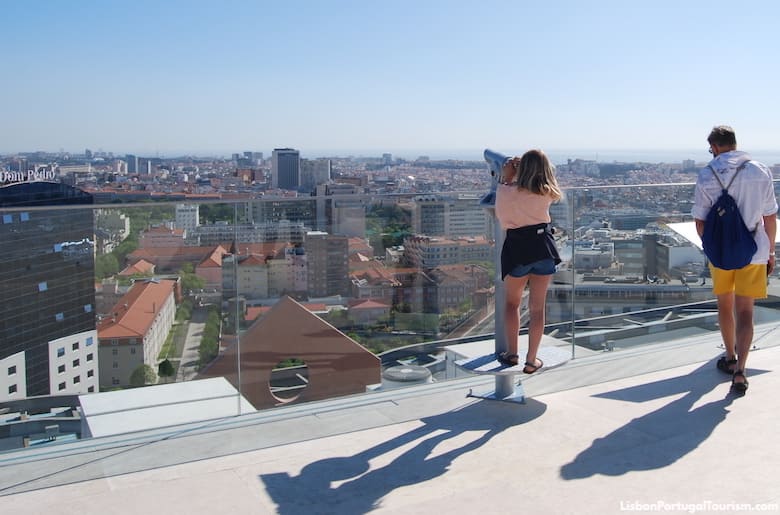 How to Get to Amoreiras 360


The Amoreiras towers can be reached by tram 24, which departs from Praça Luís de Camões in Chiado, or by bus 758, which departs from outside the train station in Cais do Sodré. It’s also about a 10-minute walk from the Rato metro station (the last station of the yellow line).
You may ride the tram, the bus, and the metro (as well as the city’s funiculars and train) for free with the Lisboa Card.


Admission and Tickets to Amoreiras 360


Tickets to the observation deck can be purchased at the mall’s information desk. They’re €5.00 for those over the age of 16, and 3 euros for children aged 6 to 16. There’s a €1 discount with the Lisboa Card.


The aqueduct is a 10-minute walk away, and the Campo de Ourique Market about 15 minutes.