Home > What to See and Do > São Bento 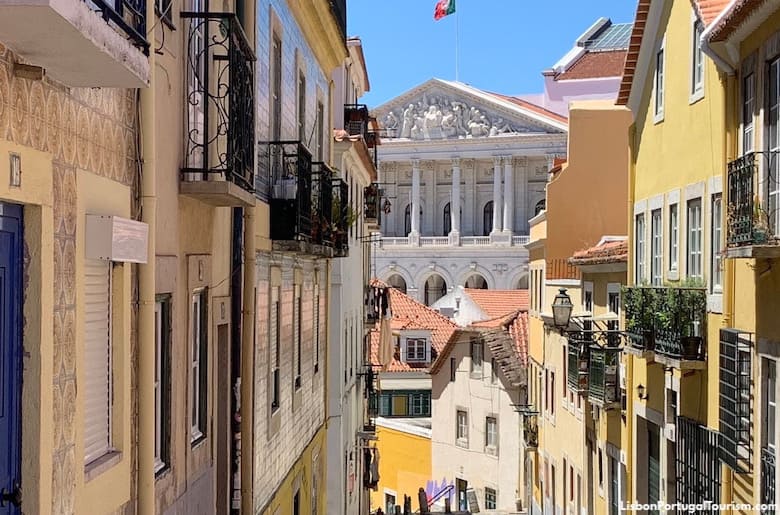 Faced by the neoclassical São Bento Palace, which is Portugal’s Parliament building, this small neighborhood is the transition point from the “old town” to the city’s more recent areas. A short walk from the palace, down Rua de São Bento, is the Amália Rodrigues House-Museum, the former home of one of Portugal’s biggest cultural icons, the fado diva Amália Rodrigues. On that street, which is known for its antique stores, is also Café de São Bento, one of Lisbon’s classic restaurants, famous for its steaks and a Victorian-style interior. It’s on the block between Rua Nova da Piedade and Travessa da Arrochela -- the first one has a few trendy eateries leading up to the neighborhood of Príncipe Real, and the other is a flight a steps that at the top perfectly frames São Bento Palace. Continue up to Largo de Jesus, home to Igreja de Jesus, a church that hides one of the greatest masterpieces of baroque tile art (see below). 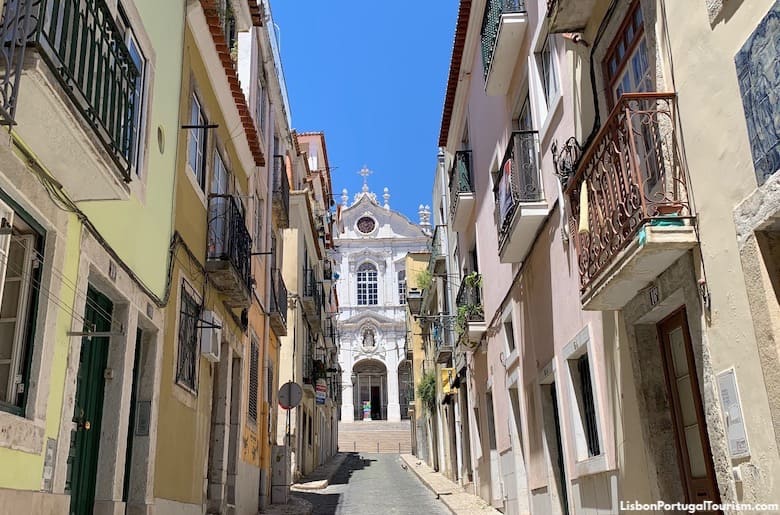 Rua do Vale, with a view of Igreja de Jesus

Even if you can’t go inside the church, it’s worth coming this way, for Rua do Vale, one of Lisbon’s most picturesque streets, found directly across the monument. It’s home to the Júlio Pomar Museum, housed in a former warehouse (more details below).
At the end of Rua do Vale is Rua dos Poiais de São Bento, which is crossed by tram 28. It’s parallel to Rua do Poço dos Negros, which has several popular cafés and restaurants.

What to See and Do in São Bento 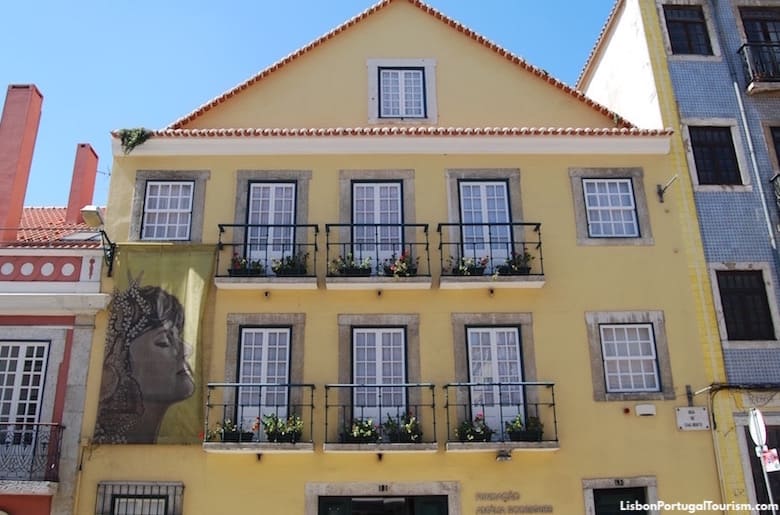 Fado icon Amália Rodrigues died in 1999, but the interior of her charming yellow house is just as she left it, displaying her personal items, such as awards, portraits, recordings and glitzy outfits. If you’re a fado enthusiast or would like to know more about the culture behind it, you may want to join the 30-minute guided tour (there’s a 20% discount with the Lisboa Card). 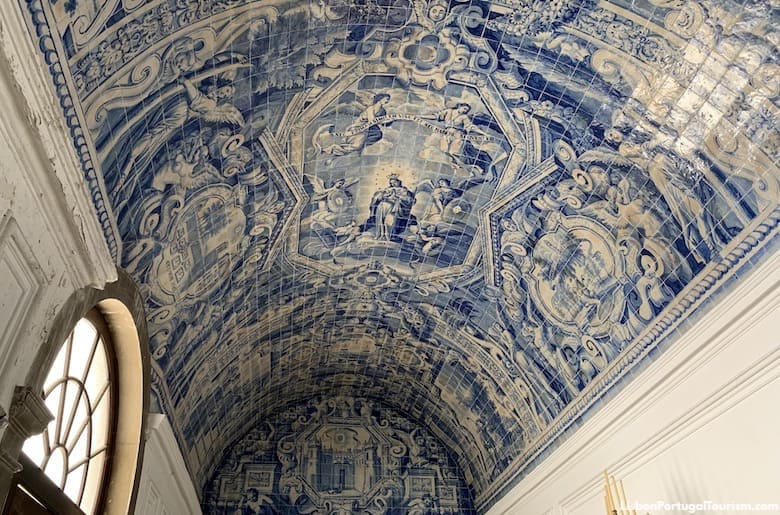 The “Church of Jesus” is also known as the Church of Our Lady of Mercês (“Igreja de Nossa Senhora das Mercês”) and hides one of baroque tile art's greatest masterpieces -- a vaulted ceiling completely covered in tiles from 1714, evoking the Litanies of the Virgin Mary. It was created by António de Oliveira Bernardes, one of the masters of tiled art, but unfortunately is found in a hallway that’s almost always closed, much like the church, which only opens for Mass. The rest of the interior is a post-1755 earthquake reconstruction, mixing the baroque and mannerist styles. The ceiling has stucco decorations, while the side chapels mix gilt and 17th- and 18th-century paintings invoking several saints. 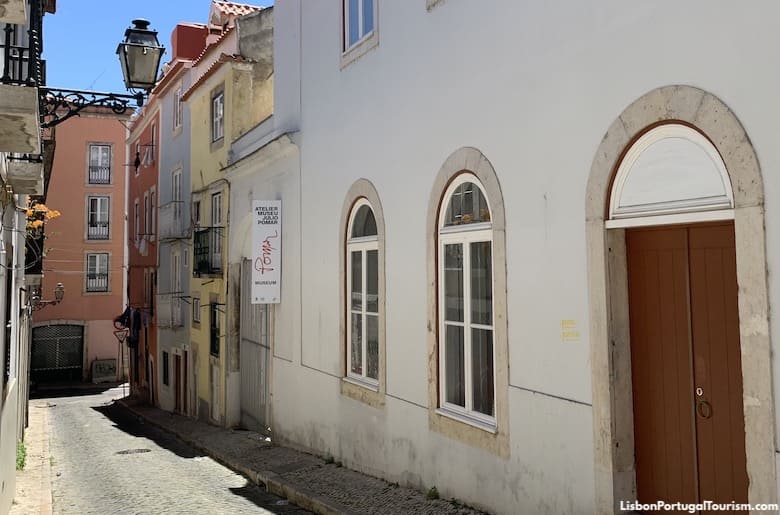 A warehouse redesigned by Pritzker Prize architect Álvaro Siza Vieira is now a museum preserving and promoting the work of Júlio Pomar, one of Portugal’s greatest 20th-century artists. It presents hundreds of pieces, from paintings to sculptures and drawings created by Pomar, as well as temporary exhibitions by contemporary artists.

Rua do Vale, 7
It's closed on Mondays
www.ateliermuseujuliopomar.pt 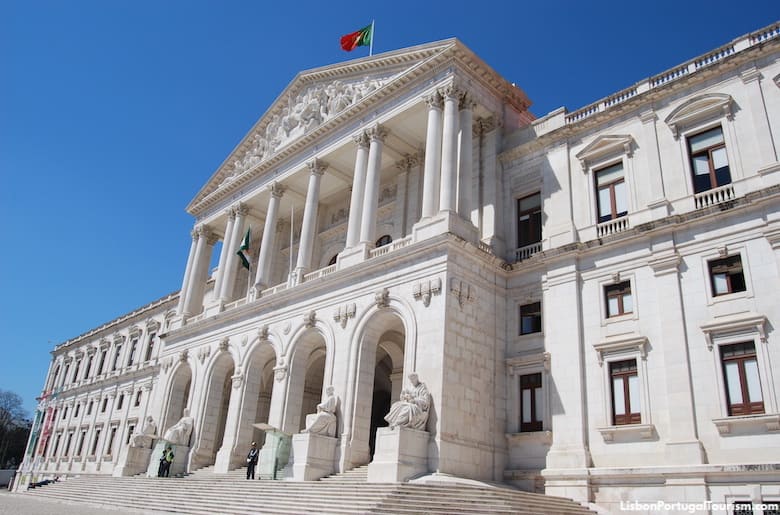 São Bento Palace was built in 1615 as a monastery, but was damaged by the 1755 earthquake and rebuilt as the country’s imposing neoclassical parliament in 1834. The interior is not regularly open for visits, except when it occasionally hosts temporary art exhibitions. The exterior staircase is flanked by two lions, and on the main façade are four female allegorical statues -- "Prudence," "Justice," "Strength" and "Temperance." The sculptures in the tympanum represent, among others, areas such as Industry and Trade. Behind it is the official residence of the Prime Minister, whose gardens are open to the public on Sunday mornings (it’s free and accessed through Rua da Imprensa à Estrela). It features sculptures by some prominent Portuguese artists, including Leopoldo de Almeida (sculptor of the Discoveries Monument) and street artist Vhils, who created a tribute to the Carnation Revolution of 1974. The Prime Minister’s mansion, whose first resident was dictator António Salazar in 1938, is not open for visits.


How to Get to São Bento


The yellow line of the metro ends at Rato station, which is on Largo do Rato, where you can turn to Rua de São Bento. Trams 25 and 28 go up Calçada da Estrela, past São Bento Palace. Alternatively, just walk down the hill from Príncipe Real or Bairro Alto.
You may ride the metro and trams, as well as the city's funiculars, buses and trains for free with the Lisboa Card.


Where to Stay in São Bento 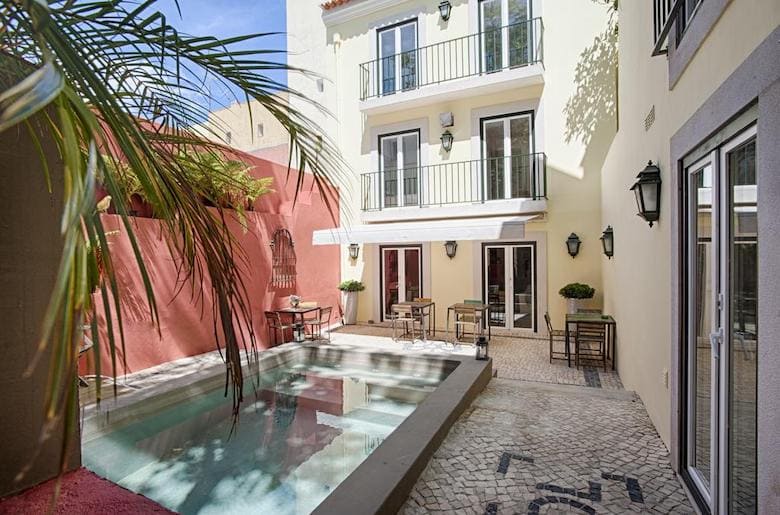 One of Lisbon’s most beautiful bed and breakfasts is on a quiet, narrow street down the hill from São Bento. It’s divided into 19 themed rooms with an elegant décor using pieces of art, plus a lounge with fireplace, a typical Lisbon kitchen, and a patio with a small pool. 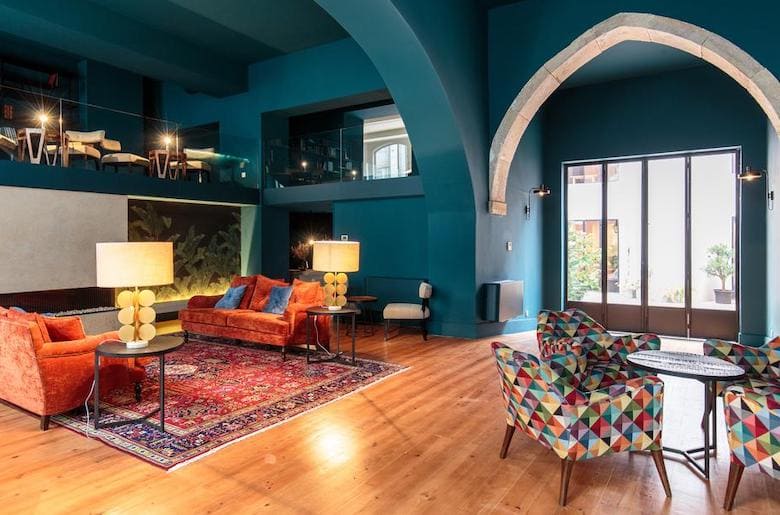 Located on São Bento’s main street, this bed and breakfast has double rooms and a suite with a small terrace. Guests can meet other travelers at the art-filled lobby with a fireplace, in the library or the terrace. 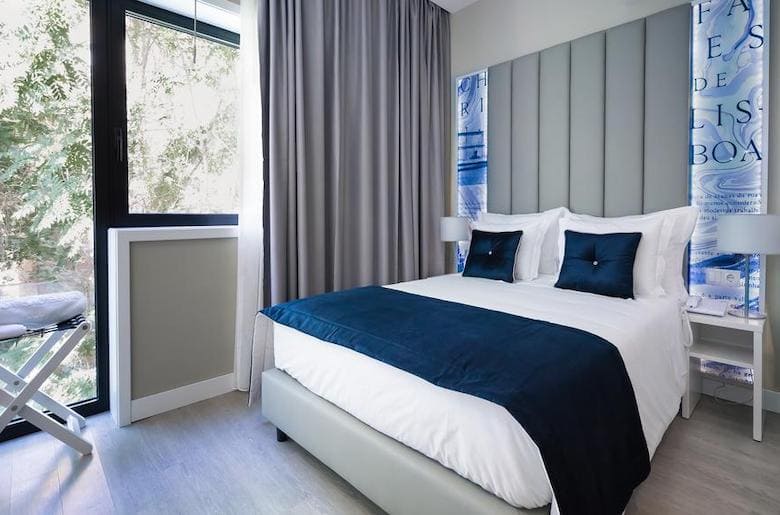 This modern, clean 3-star hotel can be a good value, as it places you in within walking distance of different neighborhoods. The metro station is just down the street.