Home > What to See and Do > Edward VII Park 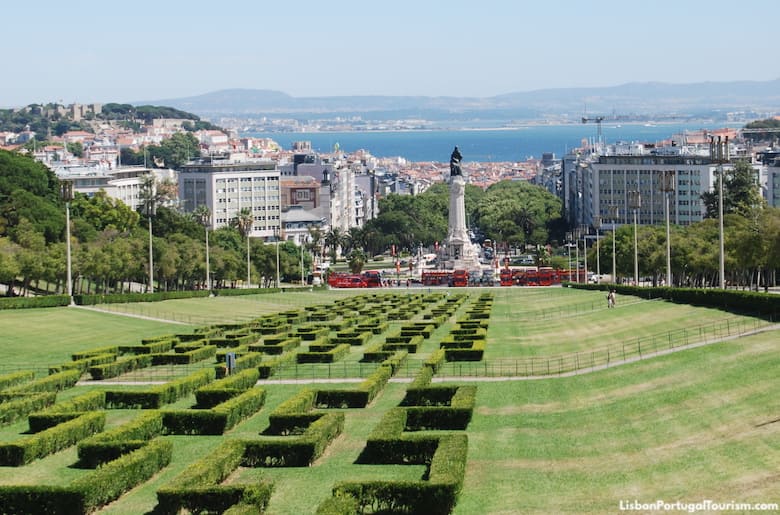 Symmetrical box hedging covers the center of the park

Lisbon's central park was named as a tribute to the English monarch Edward VII, who visited Lisbon in 1903, five centuries after the Anglo-Portuguese Alliance. It ascends one of the city's hills and provides a wonderful view from the top. It's made up of symmetrical box hedging and a variety of plants, most of them found inside a cool and heated greenhouse from the 1930s, which is filled with exotic species from tropical climates. This greenhouse is one of the most important green spaces in Lisbon, considered an authentic living museum, with its small lakes and waterfalls, statuary, and hundreds of species of plants. 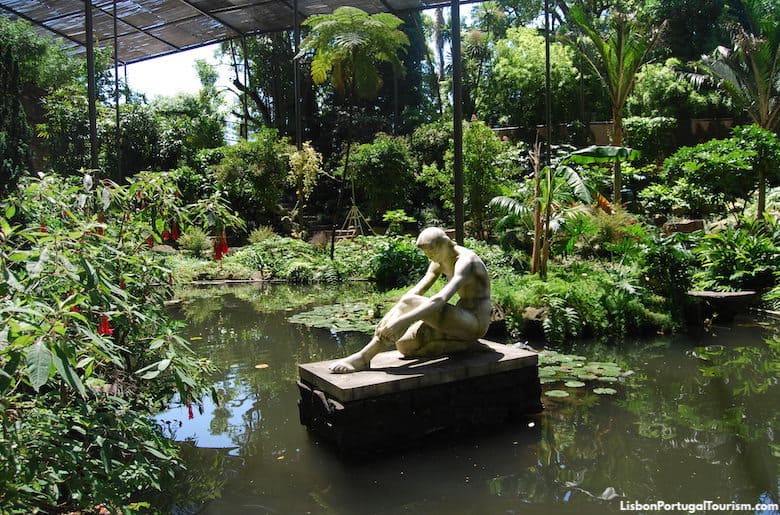 Inside the park's greenhouse

On the opposite side of the park is an attractive tile-covered pavilion dedicated to Carlos Lopes (the record-setting Portuguese marathon winner of the 1984 Olympics in Los Angeles). Built in Rio de Janeiro in 1921, for that city’s International Exhibition that took place between 1922 and 1923, this beautiful pavilion was later rebuilt in this park in 1929. After a careful restoration in 2017, it became a space for public and private events. It preserves beautiful tile panels inside and on the façade, and presents a permanent exhibition honoring the Olympic champion.
The tiles outside illustrate scenes from Portugal’s history, and the two large sculptures by the entrance represent Art and Science. The interior can only been seen when it’s open for public events. 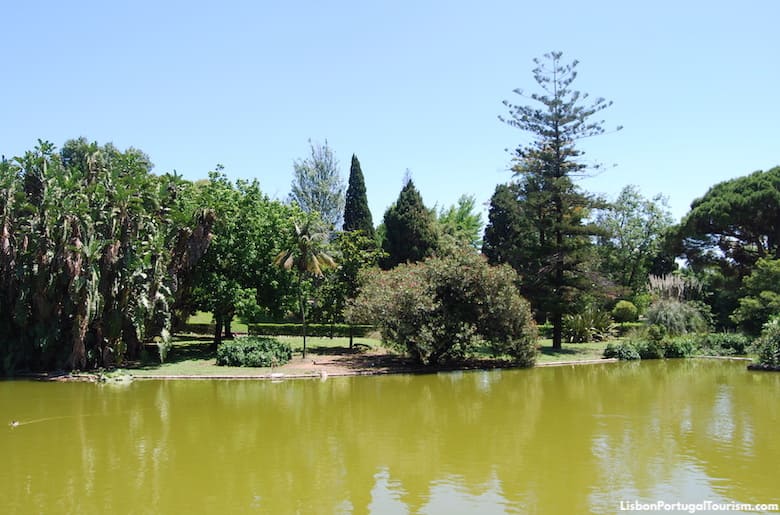 Lake by the greenhouse

Every June, the park hosts the city's annual book fair, lasting for several days. At the top is a viewpoint with a huge 20-meter-long Portuguese flag, and a monument to 1974's April 25th Carnations Revolution, inaugurated in 1997. 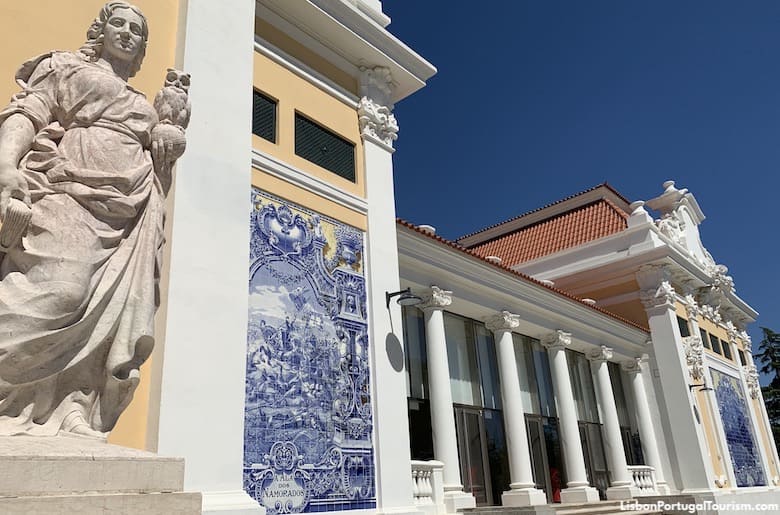 The tiled Carlos Lopes Pavilion, which hosts special events throughout the year

How to Get to Edward VII Park


The park can easily be reached by metro, or walking from Avenida da Liberdade. The Marquês de Pombal station of the blue line of the metro is at the lower end of the park, while the Parque station on the same line leads to the top of the park.
You may ride the metro, as well as the city’s buses, trams, funiculars and trains for free with the Lisboa Card.


Admission and Tickets to the Greenhouse


Admission to the greenhouse is €3.10, or free with the Lisboa Card. It’s also free on Sundays until 2pm.

The greenhouse opens every day


From Parque Eduardo VII you can walk north to the Calouste Gulbenkian Museum (about a 10-minute walk from the top of the park) or south down Avenida da Liberdade and visit the neighboring attractions, like the Medeiros e Almeida Museum and the Torel garden and viewpoint.