Home > What to See and Do > Convento do Carmo 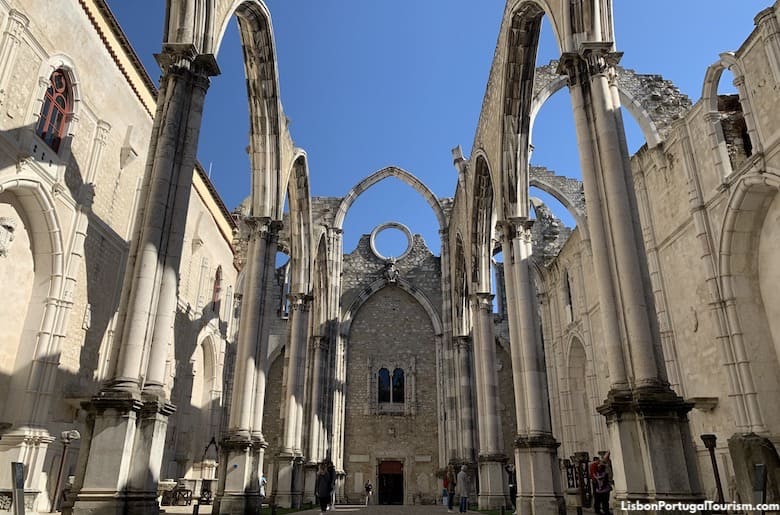 The ruined church of Carmo Convent

The ruined Carmo Convent is one of Lisbon's most hauntingly beautiful sights. It was its greatest medieval building, but stands as a reminder of the devastating earthquake of 1755 that destroyed most of the city. Its roof collapsed on the congregation as it was attending Mass on that All saints’ Day, and was never rebuilt, but the Gothic arches still stand. Most of the architecture dates back to the 1300s, but Manueline (Portuguese Gothic) windows and other details were added later, in the 16th and 18th centuries. 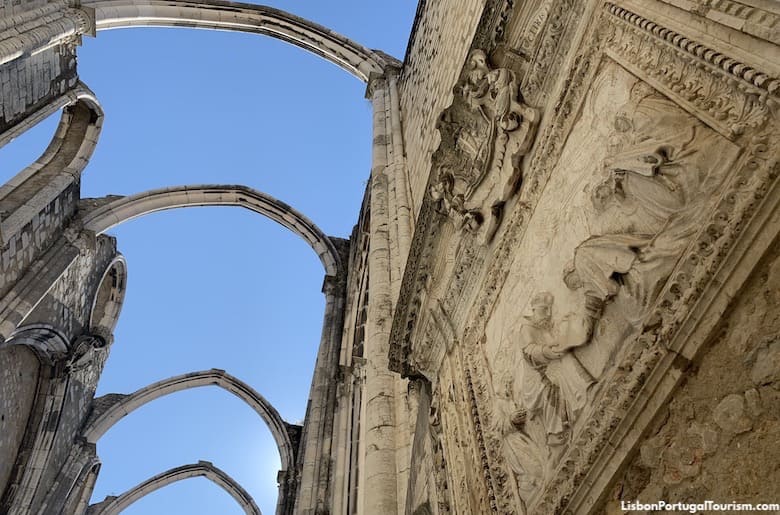 The church's roof was never rebuilt

Miraculously, much of the art in the convent survived the earthquake, and was then distributed among the different churches in the city. However, many pieces of artistic and cultural interest remain, and can be seen around the Gothic arches and in the sacristy, which was not damaged in the disaster. 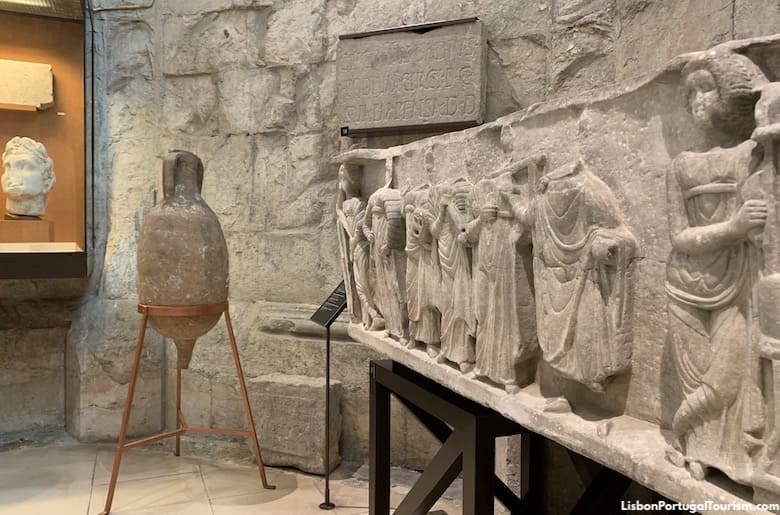 The Roman "Sarcophagus of the Muses" in the museum

The sacristy’s small archaeological museum presents an eclectic collection that was donated by archaeologists in the 19th century. Among the treasures from Portugal and elsewhere are the Roman “Sarcophagus of the Muses,” the Gothic tomb of King Ferdinand I, the Baroque tomb of Queen Maria Anna of Austria (queen of Portugal from 1742 to 1750), an Egyptian mummy, and eerie South American mummies (a young boy and a young girl from Peru). 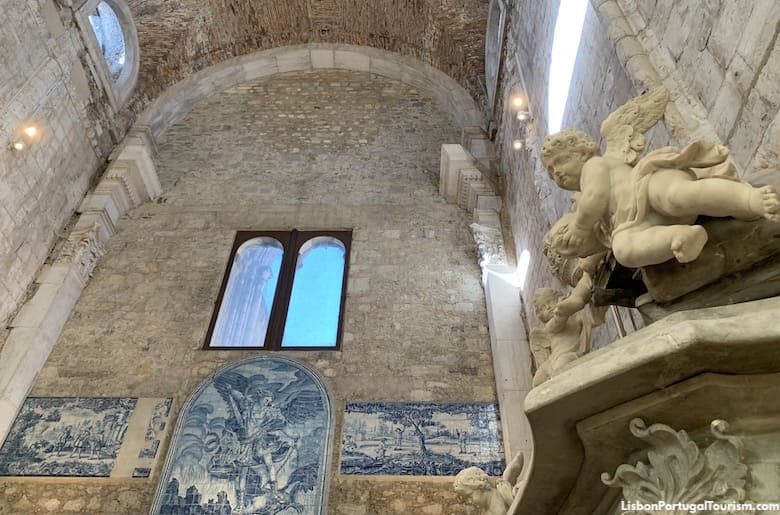 A stone engraved with gothic lettering can be seen by the entrance, informing visitors that Pope Clement VII granted 40 days of indulgence to "any faithful Christian" who visits this church. 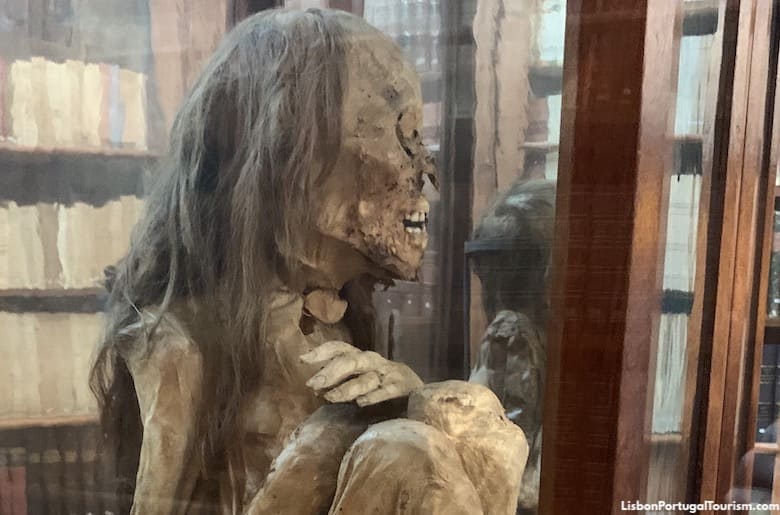 One of the peruvian mummies in the archaeological museum

One of the rooms of the museum shows a 15-minute projection, narrated in Portuguese and English, explaining the six centuries of the convent’s history. 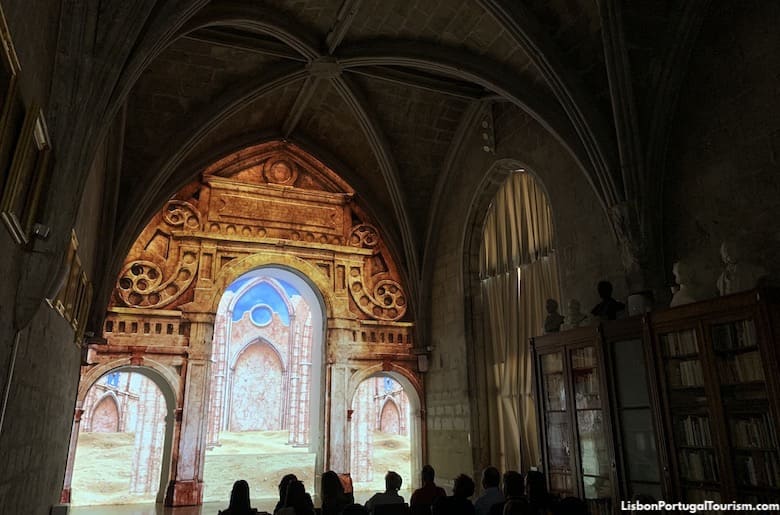 A video projection tells the story of the monument

The church was the burial site of Christopher Columbus’ wife, Filipa Perestrelo, a native of the Portuguese island of Porto Santo, who the explorer married in Lisbon’s Igreja de Santiago. It’s believed that she was buried in the first chapel to the right, but there’s no tomb or inscription attesting that.

In the summer, the ruins are a theatrical backdrop for open-air concerts and other events. Outside, in the jacaranda-filled square, is a monumental drinking fountain from 1771, which provided water from the Águas Livres Aqueduct. To the left is the headquarters of the National Guard, where Prime Minister Marcelo Caetano took refuge during the 1974 revolution, leading the government to surrender on this spot. It was also here that the first Portuguese university was founded in 1290, where now stands the Valadares Palace descending Calçada do Sacramento. 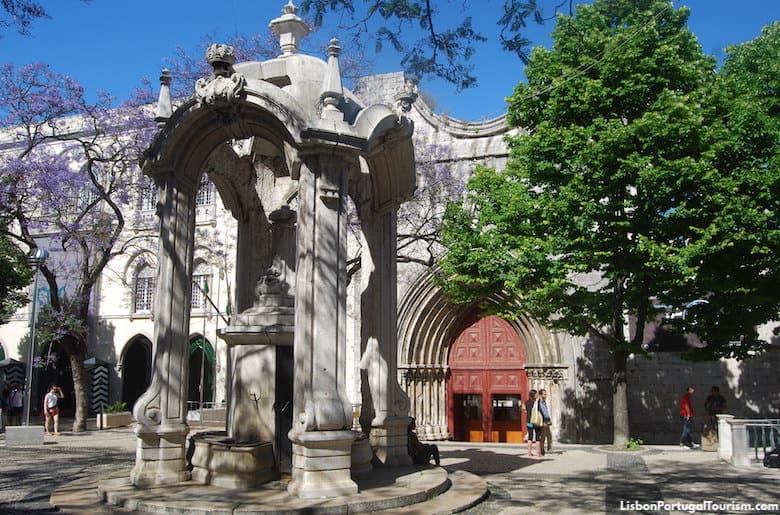 The drinking fountain outside the ruined convent

To the right of the convent is a gate leading to the Santa Justa Elevator and Terraços do Carmo, terraces now occupied by an open-air café and bar, offering a view of the castle and over Rossio Square. 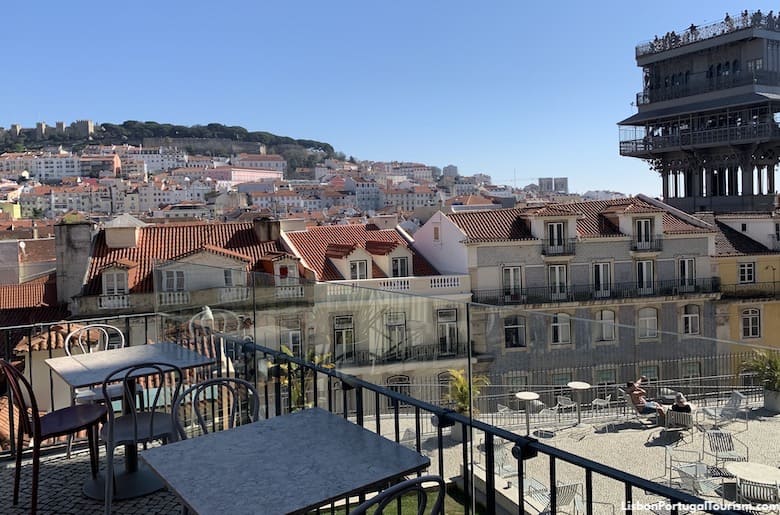 The terraces behind the convent, with a view of the castle and the Santa Justa Elevator

How to Get to Carmo Convent


Carmo Convent can be reached by the Santa Justa Elevator. It’s also a short walk from the Baixa-Chiado metro station (exiting to the Chiado side), on the green or blue lines.
You may ride the elevator and the metro (as well as the city’s trams, buses, funiculars, and trains) for free with the Lisboa Card.


Admission and Tickets to Carmo Convent


In addition to Terraços do Carmo and the Santa Justa Elevator, you may visit two of Lisbon’s most beautiful churches nearby -- Igreja de São Roque and Igreja de Santa Catarina.