Home > What to See and Do > Igreja de Santa Catarina 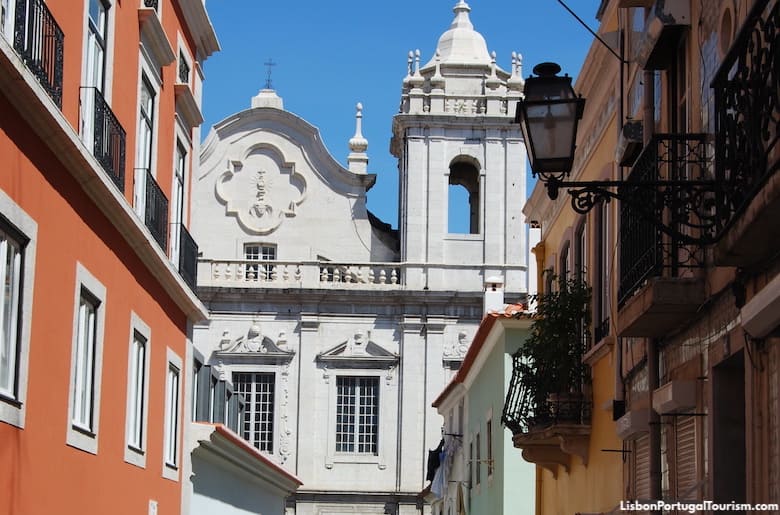 Also known as “Igreja dos Paulistas,” this magnificent church is dedicated to St. Catherine. Originally part of a convent from 1647, it can easily go unnoticed on the way to Bairro Alto and Chiado. Inside, however, it has one of the most beautiful and sumptuous baroque decorations in the city, almost all in gilt added in 1727. As one of the few monuments to have survived the 1755 earthquake, it’s a rare example of Lisbon’s wealth up to the 18th century. 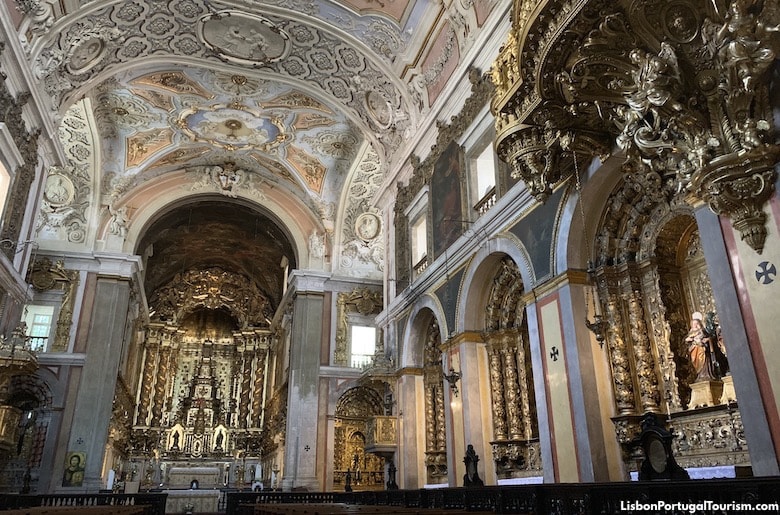 The beautiful baroque interior of the church

It's one of the city’s most impressive artistic constructions, including a stucco rococo ceiling that’s considered one of the most outstanding of its kind in Europe, and a monumental organ which is a masterpiece of gilded woodwork. 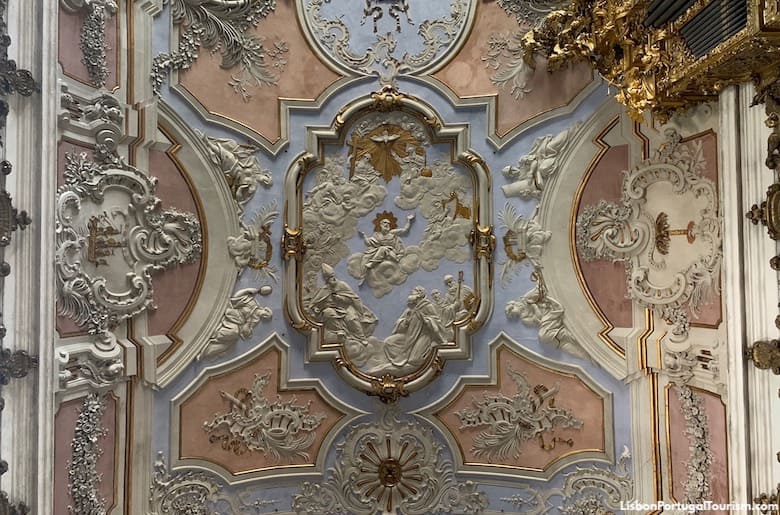 The altarpiece is a highlight of gilding during the reign of John V (Portugal’s richest king), and includes sculptures of Saint Catherine, Saint Paul and Saint Anthony, of Flemish origin. 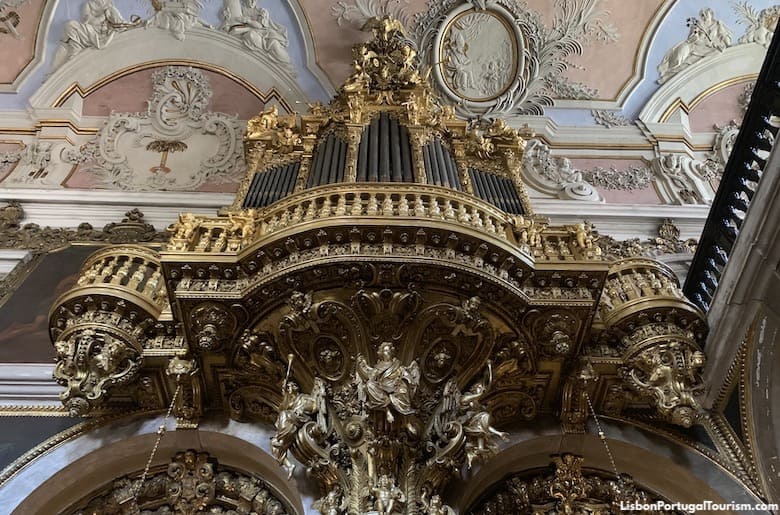 On the side walls are large paintings in gilded frames, some of them by Vieira Lusitano and André Gonçalves, two of Portugal's top 18th-century painters.
In the sacristy is a small museum of sacred art.

How to Get to Igreja de Santa Catarina


Tram 28 has a stop a few feet from the church (marked “Sta. Catarina”), but it’s also an easy walk from Praça Luís de Camões (which is reached by metro -- Baixa-Chiado station in the blue or green line, taking the Chiado exit).
You may ride the tram and the metro (as well as the city’s buses, funiculars and trains) for free with the Lisboa Card.


Admission to the church is free, but there's a €2.00 charge for the museum of sacred art.

It opens daily except Sunday, from 9am to 1pm and from 3pm to 6pm. On Sundays it only opens for Mass, at 10am.


Cross the street, and in a couple of minutes you reach the Santa Catarina viewpoint. Around the corner from the church is Igreja de Jesus.