Home > What to See and Do > Fronteira Palace 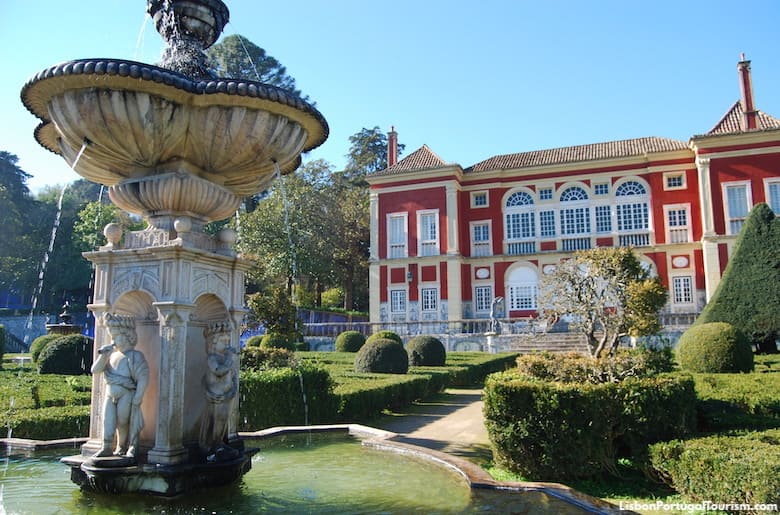 This palace is still inhabited by the descendants of the noblemen who inaugurated it in 1675. The interior is therefore only accessible on a guided tour in the morning, but it’s also possible to visit just the romantic garden.
The tours take visitors through the library, the chapel, and several rooms covered with historical Portuguese and Dutch tiles, including a panel illustrating the Portuguese Restoration War (which ended 60 years of the Iberian Union, when Portugal and Spain formed a dynastic union). More important as a historical document than for its artistic quality, this panel is one of the most unusual in the history of tile painting. It tells the story of eight battles, and was created between 1669 and 1673, based on eyewitness accounts, making it a unique work. 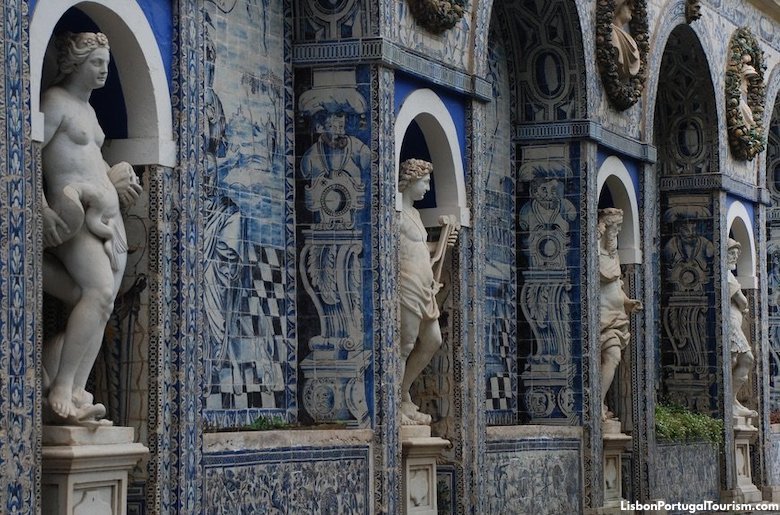 The "Gallery of the Arts" in the palace's garden

The magnificent garden is another gallery of tiled art, with one of the world’s richest collections. A terrace known as “Galeria das Artes” (“gallery of the arts”), displays an extraordinary tile decoration from 1670, in blue and white, with eight panels of female allegorical figures representing poetry and the seven liberal arts of the classical world: grammar, arithmetic, music, logic, rhetoric, geometry and astronomy. Nearby are also the busts of all Portuguese kings up to the 1800s and more decorative sculptures. 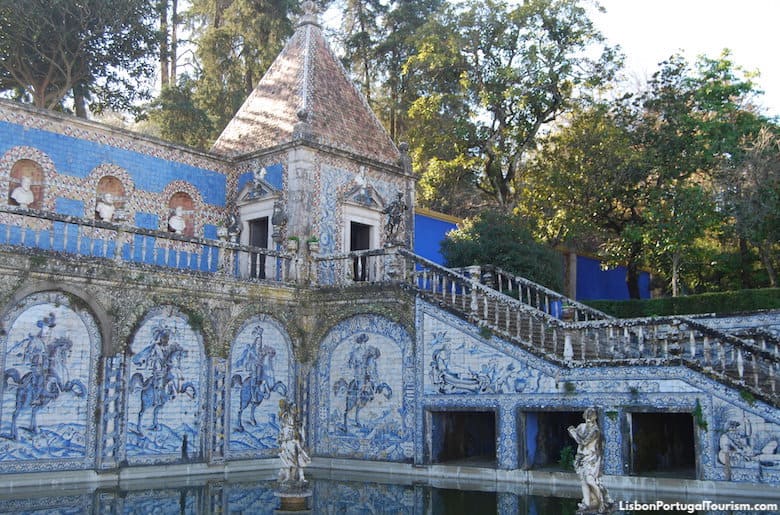 Fronteira Palace has one of the world's richest tile art collections

Almost everything has great symbolism, with fountains and statues recalling the arts and mythology. Pieces of Ming porcelain used to serve the king during the palace’s inauguration (which, following tradition, couldn’t be used a second time) now ornament a fountain. 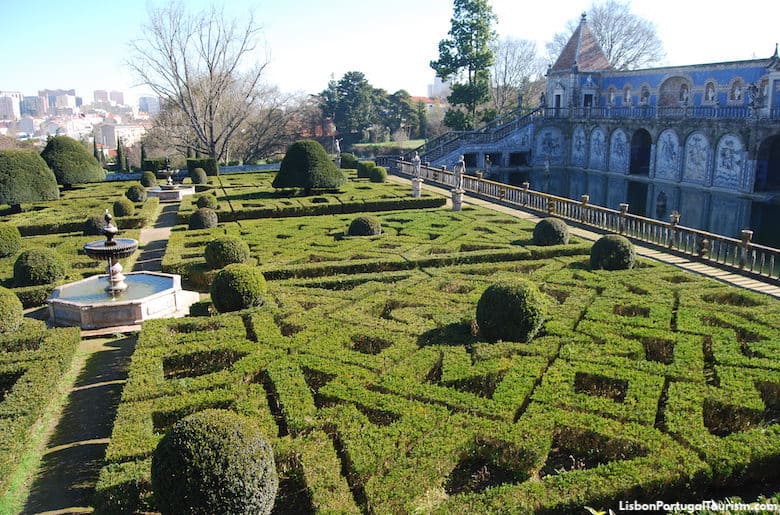 Even if you don’t visit the palace, it’s very much worth coming to this part of Lisbon with almost no other tourist attractions, for the garden alone. It has been listed in articles and books (such as “The Gardener’s Garden,” published by Phaidon) as one of the most beautiful in the world.

How to Get to Fronteira Palace


The palace is located outside the city center. To get there, you have to take the metro to Jardim Zoológico station (on the blue line), then hop on bus 770 (the stop is found following the signs pointing in the direction of Estrada de Benfica and Rua das Furnas as you step out of the metro).
You may ride the metro and the bus for free with the Lisboa Card.


Admission and Tickets to Fronteira Palace


There are no tourist attractions in the vicinity, but you may visit Lisbon’s zoo by the stop of bus 770 that takes you to the palace.