Home > What to See and Do > Prazeres Cemetery 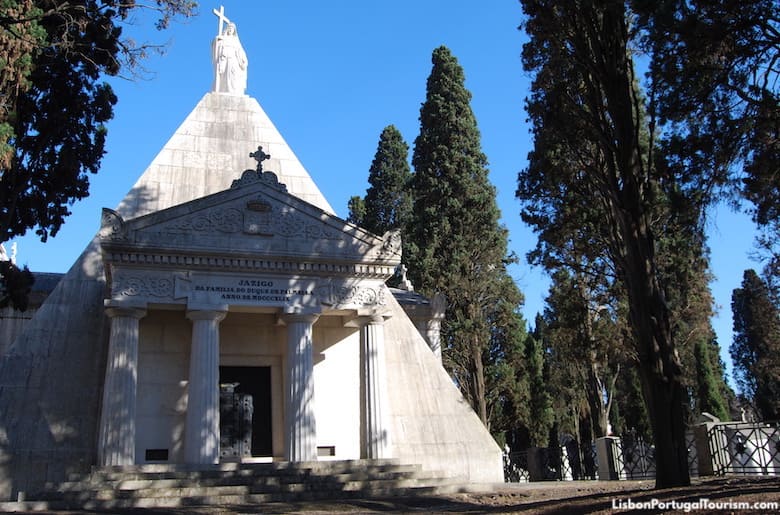 The leading figures of Portugal's history rest in the National Pantheon, in the Jeronimos Monastery and in the St. Vincent Monastery, but the best-known and most central cemetery in the city is also the eternal home of thousands of local souls, from the common people to noble families. Most of the tombs and vaults are monumental, including what is Europe's largest private funerary monument. 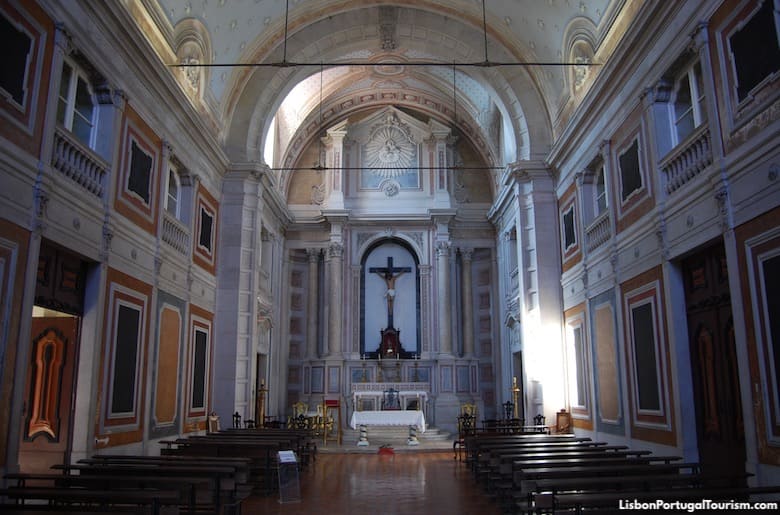 That mausoleum, built in 1849, belongs to the family of the Duke of Palmela and is so large that from a distance it looks more like a church. Among those who created its works of art is the Italian sculptor Canova, and there's enough space to hold the bodies of over 200 people. The layout was inspired by Solomon's Temple, and is in the form of an ancient Egyptian pyramid.

The mausoleum of Carvalho Monteiro, one of Portugal's wealthiest men

Another extraordinary monument is the mausoleum of Carvalho Monteiro, the millionaire who built the Quinta da Regaleira Palace in Sintra. His resting place mixes the Romantic and the neo-Manueline styles, and is made of Italian marble sculpted with symbolic images. It’s found to the left of the entrance, close to the cemetery's church which includes an autopsy room, used before Lisbon had morgues.

The resting place of the Valle Flor family

There are many other impressively ornate tombs, most of them belonging to the nobility, especially that of the Valle Flor family. Everything faces a wonderful view of 25 de Abril Bridge. 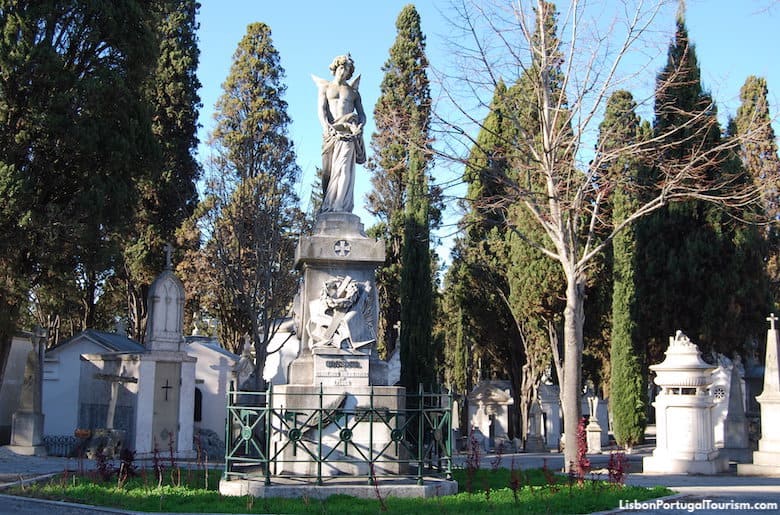 Many of the tombs and gravestones are works of art

This "city of the dead" was created in 1833 and has the oldest and largest concentration of cypress trees in the Iberian Peninsula. It has become a popular tourist attraction, mainly because it's the final stop of the popular trams.
The curious name ("Pleasures") derives from a 16th-century estate that existed on this site.

How to Get to Prazeres Cemetery


Trams 25 and 28 terminate by the cemetery’s gate, as does bus 709.
You may ride the trams and the bus (and the city’s metro, funiculars and trains) for free with the Lisboa Card.


The Campo de Ourique Market, with its popular food hall, is about a 5-minute walk away.