Home > What to See and Do > Igreja de São Domingos 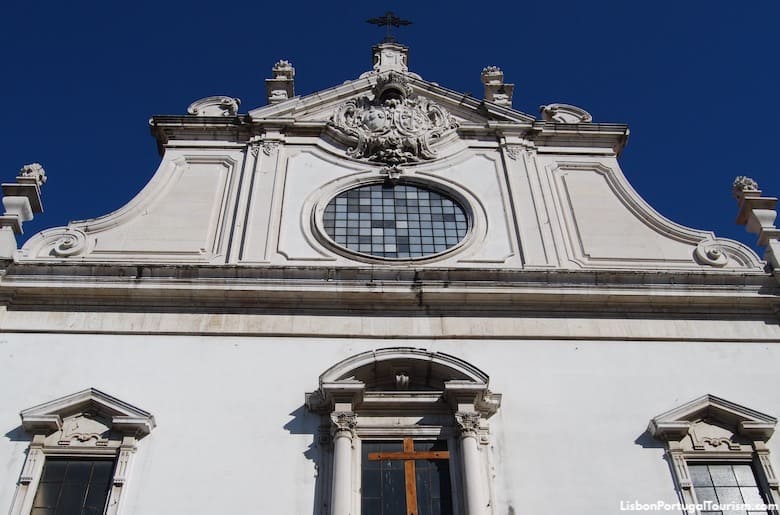 This baroque church has twice been a victim of a major catastrophe -- first it was the 1755 earthquake, and then a fire in 1959 that destroyed its gilded decoration and precious paintings. 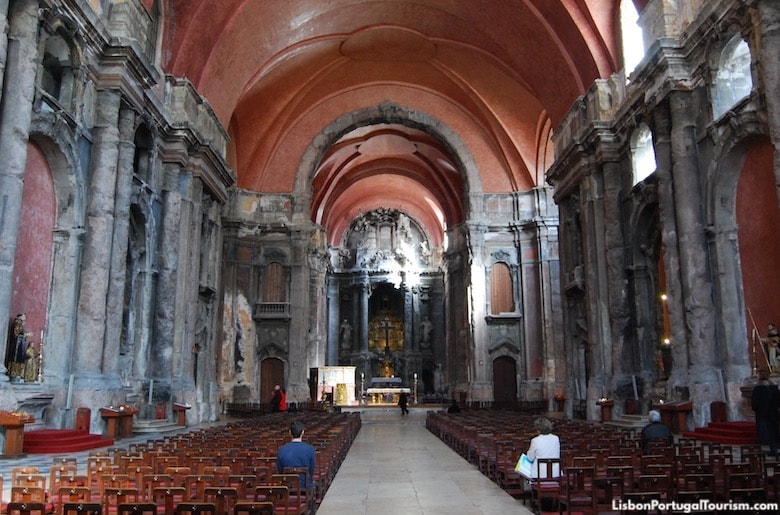 The interior was never restored after the fire, and remains a striking sight, with clear signs of the disaster, such as the scorched pillars and the permeating smell. 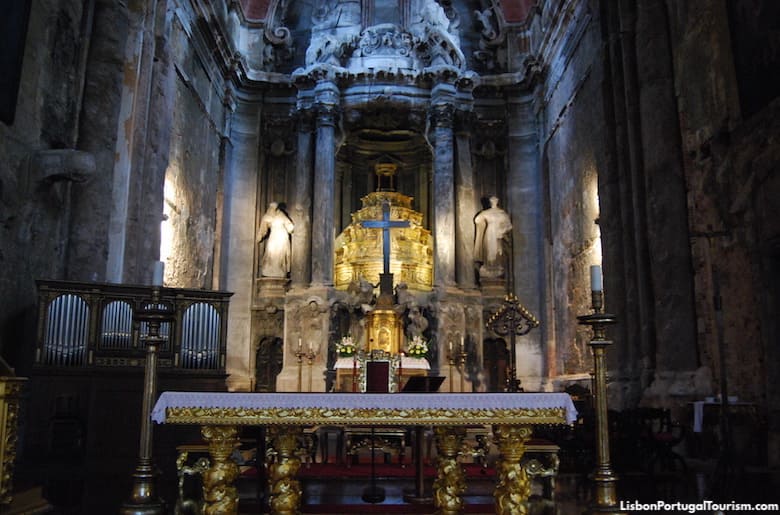 Like the rest of the interior, the chancel and its sculptures were never restored

Prior to the earthquake, this was where the São Domingos Convent stood, from which the Inquisition read out its sentences. It was also the site of a massacre in 1506, when a mob chased, tortured and killed hundreds of people accused of secretly being Jewish. That was over a decade after nearly 100,000 Jews fled to Portugal after being expelled from Spain in 1492. The Portuguese king welcomed them at first, but in order to maintain good relations with the neighboring kingdom, he also ended up expelling all non-Christians from Portugal or forced them to convert to Christianity. To remember the massacre, which happened during Holy Week, a monument was placed at the center of the square outside this church. A now-faded mural covered with the words “Lisbon, City of Tolerance” written in 34 languages faces the monument. 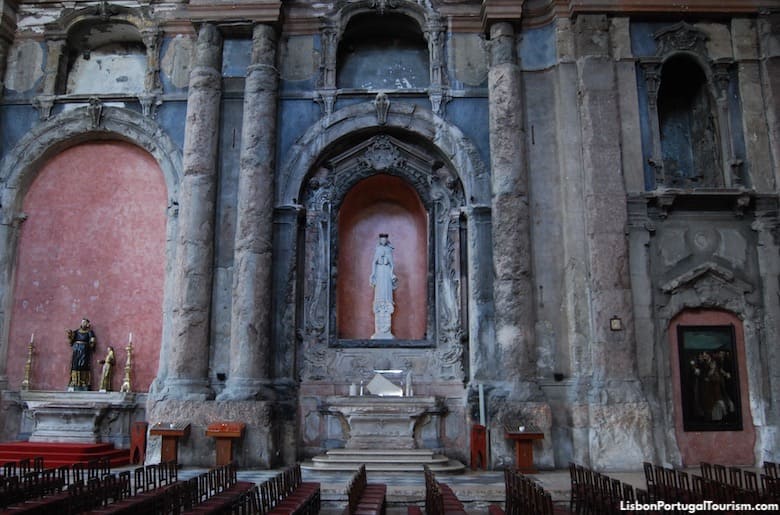 Art from other churches was brought here after the fire

The square is a meeting point of the city’s African community, as the church once had a black priest. Tourists and other locals join them at a popular hole-in-the-wall bar almost immediately in front of the church for a glass of ginjinha, a Portuguese syrupy cherry brandy liqueur. 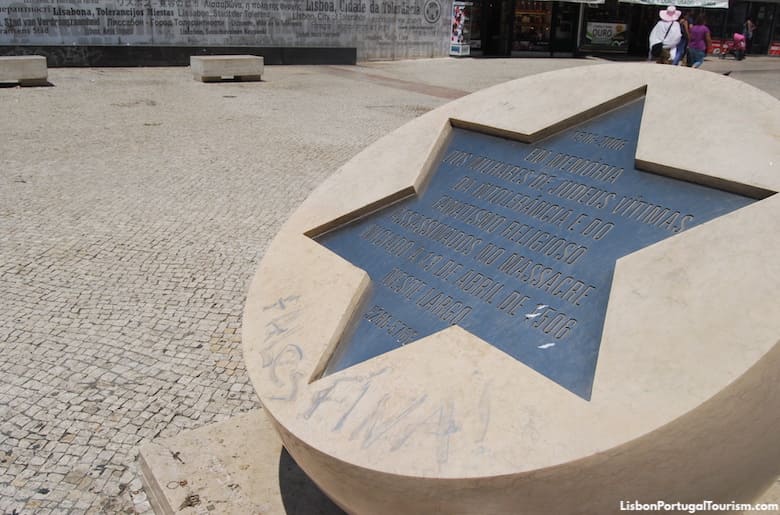 Worthy of note inside the church (which was once Lisbon’s most important, after the Jerónimos Monastery) is the high altar, with red marble columns that support the sculptural composition of the Holy Trinity. Another outstanding feature is the sacristy, which for many years held the remains of King Afonso III, until they were moved to the town of Alcobaça. 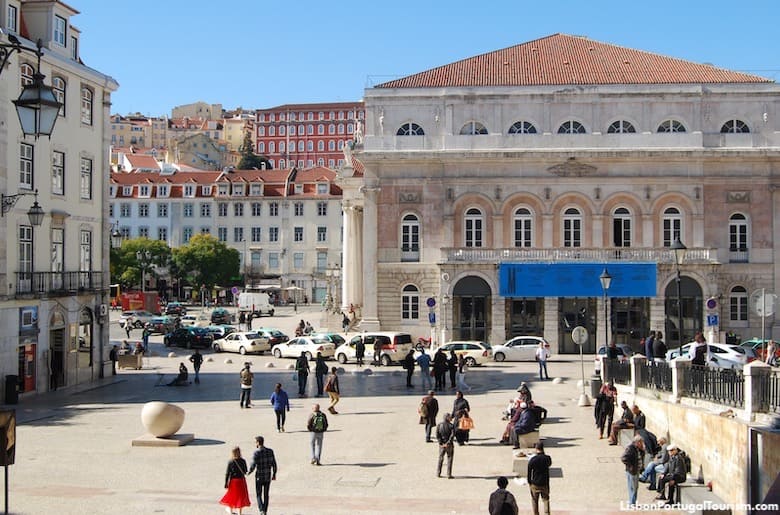 How to Get to Igreja de São Domingos


São Domingos Church is found around the corner from Rossio Square. The nearest metro station is Rossio, on the green line.
You may ride the metro (and the city’s buses, trams, funiculars and trains) for free with the Lisboa Card.


Admission to this church is free.


The Santa Justa Elevator, the Rua Augusta Arch and all of downtown’s attractions are within walking distance of the church.