Home > What to See and Do > Miradouro da Graça 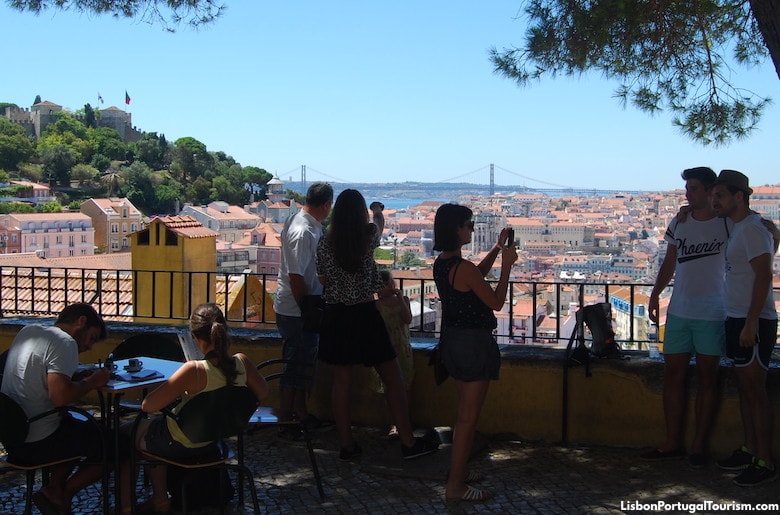 While many of Lisbon’s other viewpoints mostly attract tourists, this one in the neighborhood of Graça is still a popular meeting point for locals, thanks to its kiosk café. It serves refreshments and offers places to sit and admire the view in the shade of pine trees.
The castle is seen to the left, overlooking the city below -- a view that’s always been a favorite of artists, who are sometimes seen drawing or painting it. 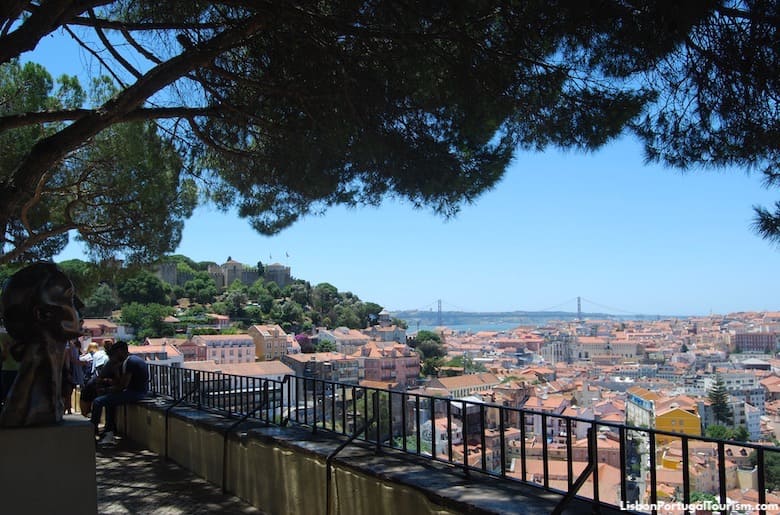 Although everyone calls it Miradouro da Graça (“Graça’s viewpoint”), the official name is Miradouro Sophia de Mello Breyner Andresen, a poet who spent many of her days admiring the city from this spot. Her bust still does that, and one of her poems is displayed on a wall. 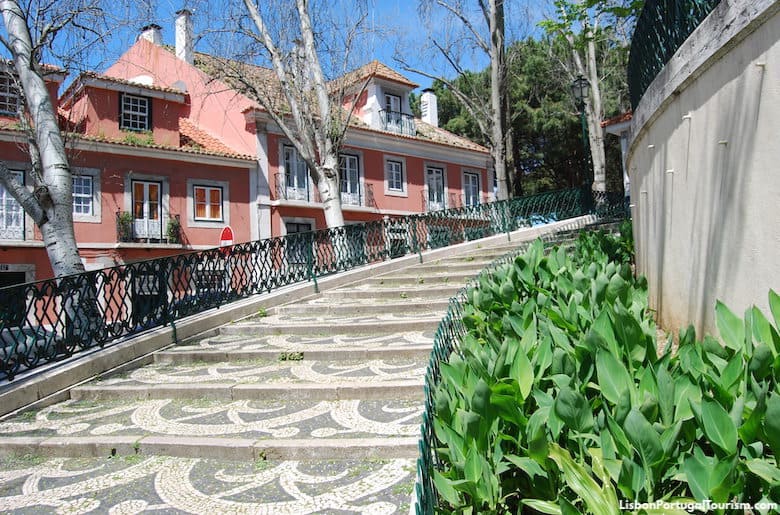 Traditional cobblestone pavement by the viewpoint

Before you reach the terrace, you pass by a small garden with a small fountain and a bronze sculpture. It has a series of steps leading up to the viewpoint, paved with the traditional cobblestone designs. 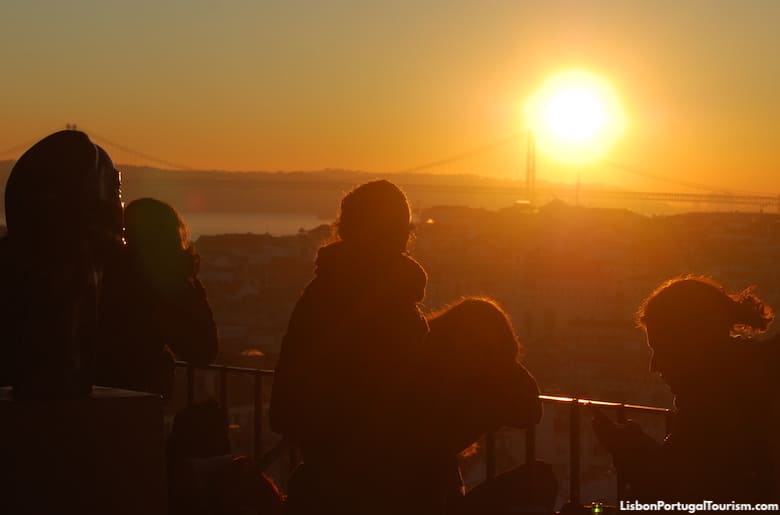 The viewpoint is faced by one of Lisbon’s oldest churches (the “Igreja da Graça”), originally built in 1271. Its Baroque architecture dates from the post-1755-earthquake reconstruction, and the interior is decorated with grisaille paintings and gilded woodwork. It also houses an image of Christ carrying the cross, which is taken through the streets in an annual Easter-time procession -- a tradition since 1587. The adjoining convent became a military barracks in the 19th century, but opened to the public for the first time in 2017. It has an elegant cloister and an interior mixing marble and a series of 18th-century tile panels.

How to Get to the Graça Viewpoint


This viewpoint is often the finish line for tourists who walk up the hill from Alfama and the castle. You may do the same by following the tram tracks, or can simply hop on tram 28. The stop is called “Graça” and the viewpoint is found around the corner, behind the convent building.
You may ride the tram for free with the Lisboa Card.


A short walk from Miradouro da Graça is another popular viewpoint, Miradouro da Senhora do Monte. Below it is a garden with more views, the Jardim da Cerca da Graça.


Where to Stay by the Graça Viewpoint 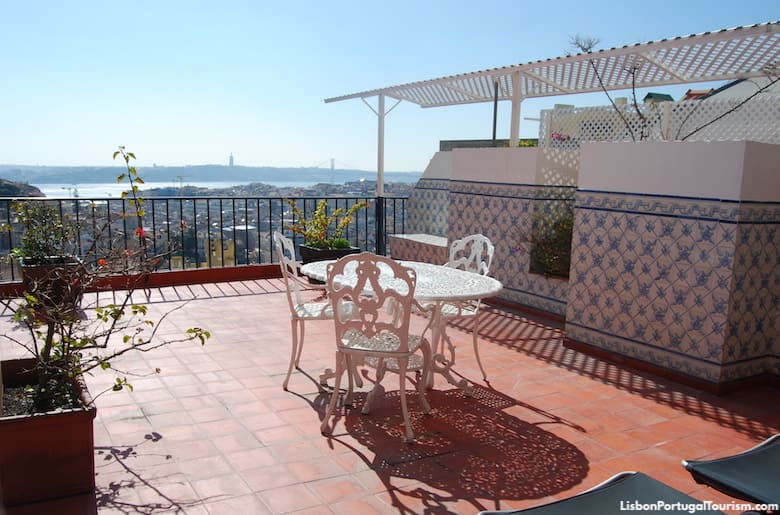 This hilltop hotel is a short walk from Miradouro da Graça, by another viewpoint, Miradouro da Senhora do Monte. Like the viewpoints, it offers a panoramic view of the castle and the city, from its breakfast room, bar and most of the rooms. 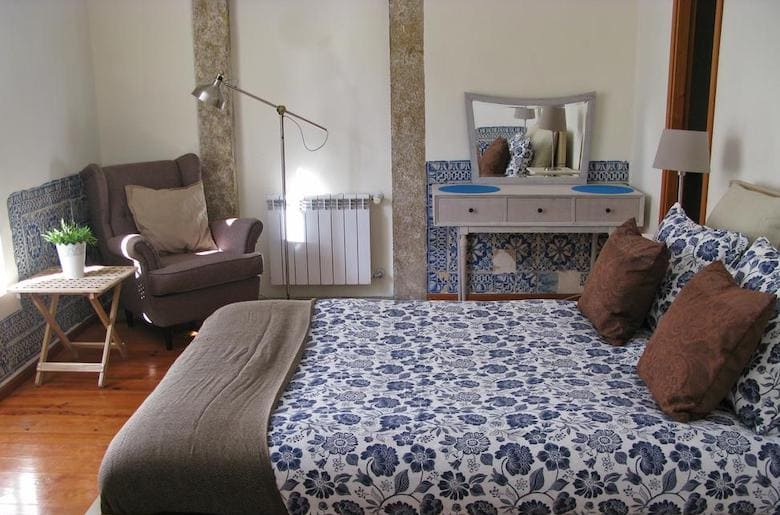 Just steps from the viewpoint, this is a good choice for budget travelers. It’s a hostel in a 17th-century building, that has kept the original tiles and a 16th-century cistern. There are dorms and double rooms with shared and private bathrooms.