Home > What to See and Do > Praça do Município 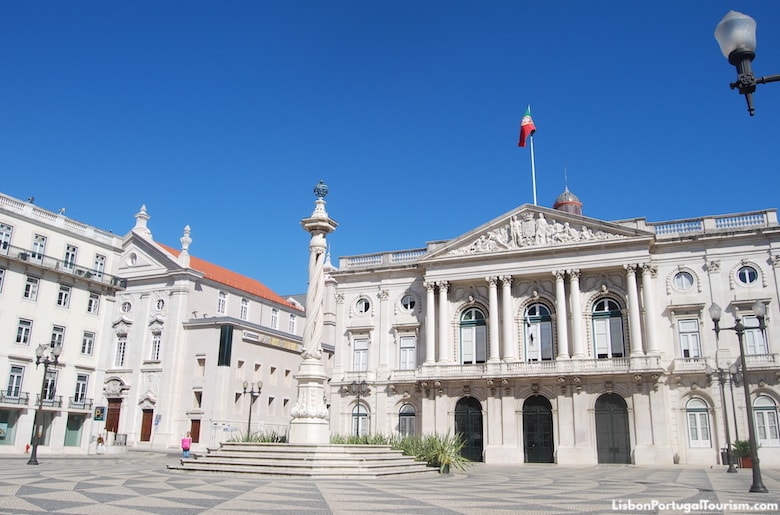 The neoclassical palace of Lisbon's Town Hall looks out to a square paved with the city's trademark cobbled designs. The building is only open to the public on the first Sunday of the month, but you can always admire it from the outside, sitting around the 10m-high spiral pillory from the 18th century, which is made of marble and crowned with a gilt metal sphere. There is also a kiosk café with tables facing the palace. 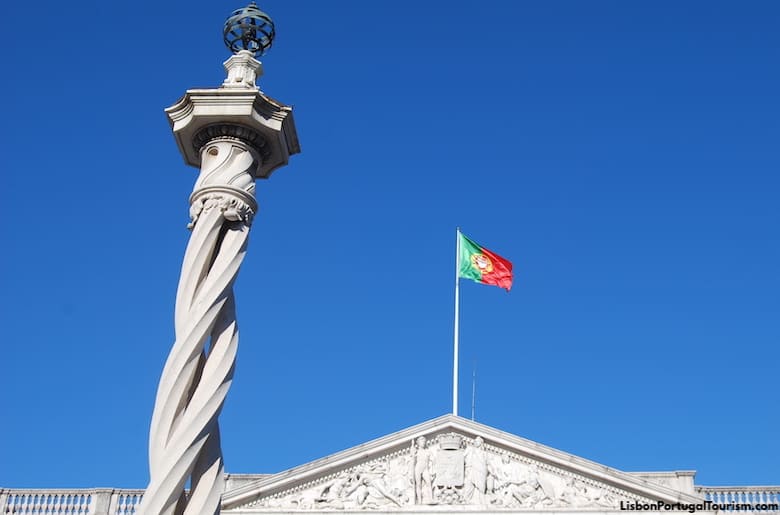 The pillory in Praça do Município

It was in this square that monarchy came to an end in Portugal and a new republic was proclaimed, on October 5th, 1910. That date is now a national holiday, and the official celebrations always happen here, with speeches from the balcony of the municipal palace. 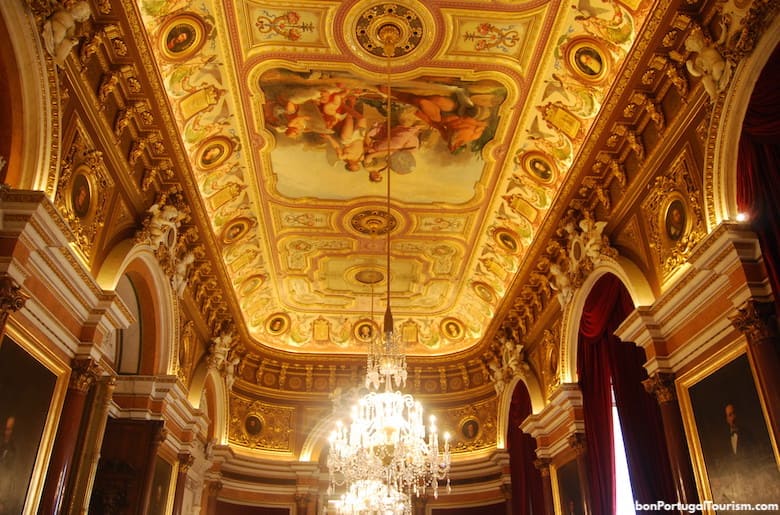 Inside the municipal palace, which can be visited once a month.

Next to the palace is a former church dedicated to St. Julien, which is now the Money Museum. 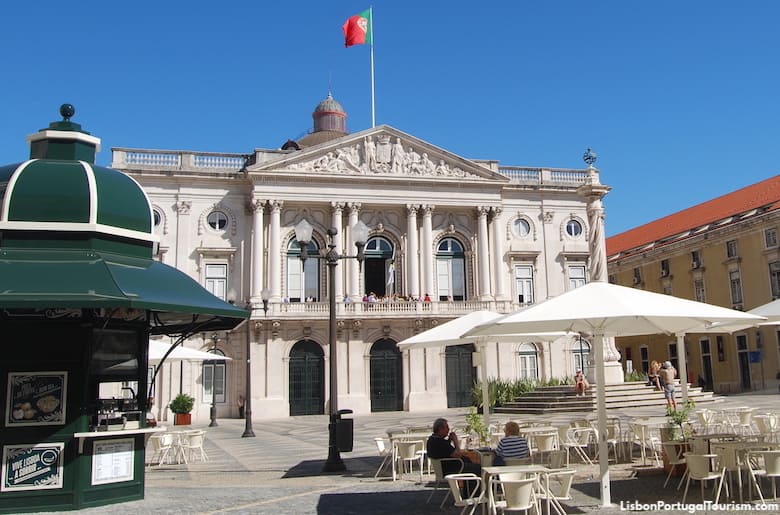 Kiosk café in Praça do Município

The pavement designs are relatively recent, created in 1997 by the writer and painter Eduardo Nery. The artist wanted to create a geometric pattern that would resemble a carpet, through the use of triangles and rectangles.

How to Get to Praça do Município


The closest metro stations are Terreiro do Paço on the blue line and the Baixa-Chiado on the blue and green lines.
You may ride the metro (as well as the city’s buses, trams, funiculars and trains) for free with the Lisboa Card.


Lisbon’s grandest square (Praça do Comércio) is just steps from here, as is the Ribeira das Naus promenade.


Where to Stay in Praça do Município 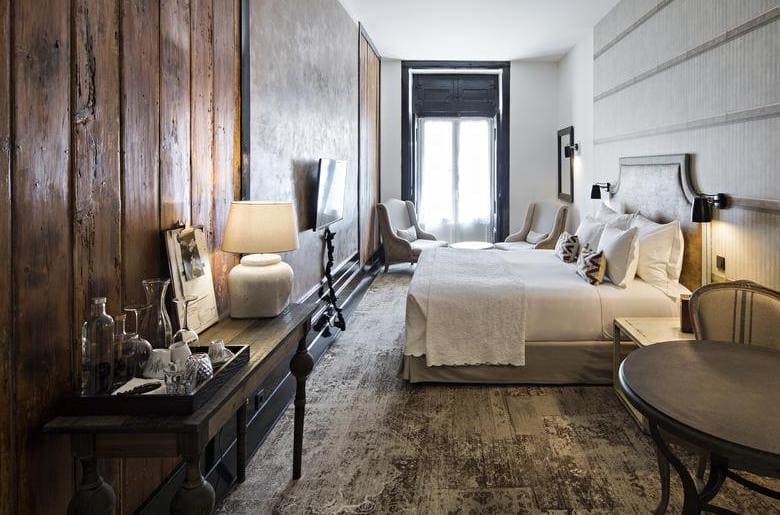 This small hotel has 28 rooms in a renovated building from the 1700s. Its retro-contemporary interior is inspired by Portuguese aristocracy, and everything is made in Portugal, from the towels to the soaps. The restaurant has tables outside on the square, and serves Portuguese and Mediterranean cuisine.