Home > What to See and Do > Ribeira das Naus 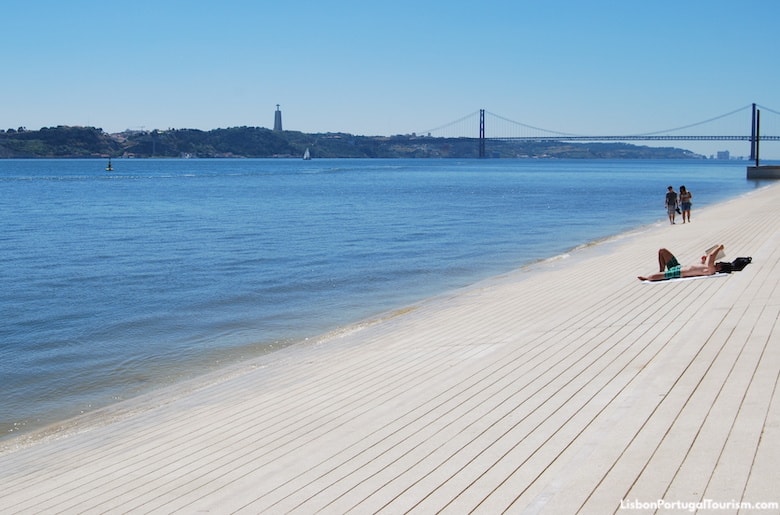 The waterfront between Comércio Square and Cais do Sodré station was where many of the ships of the Age of Discovery were built. Today, after a redevelopment in 2013, it's a landscaped promenade that becomes something of an urban beach in the summer. Although swimming is not allowed, people often strip to their bathing suits and sunbathe on the steps. 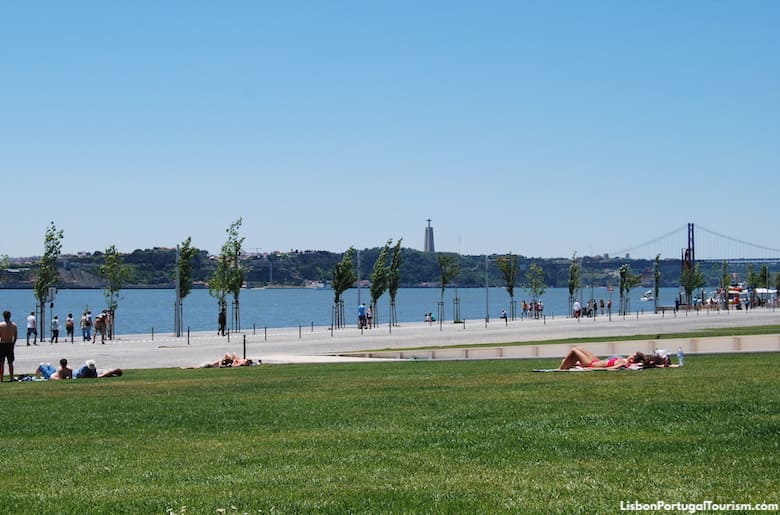 The lawn is another sunbathing spot

The redevelopment included the recreation of an old dock, but this is essentially a contemporary public space, largely pedestrianized. A two-lane road separates a staircase that descends towards the water from a park that extends towards the buildings of the Portuguese Navy. On warmer days, the sloping lawn is also a perfect spot to chill out, sunbathe, and enjoy the river views. 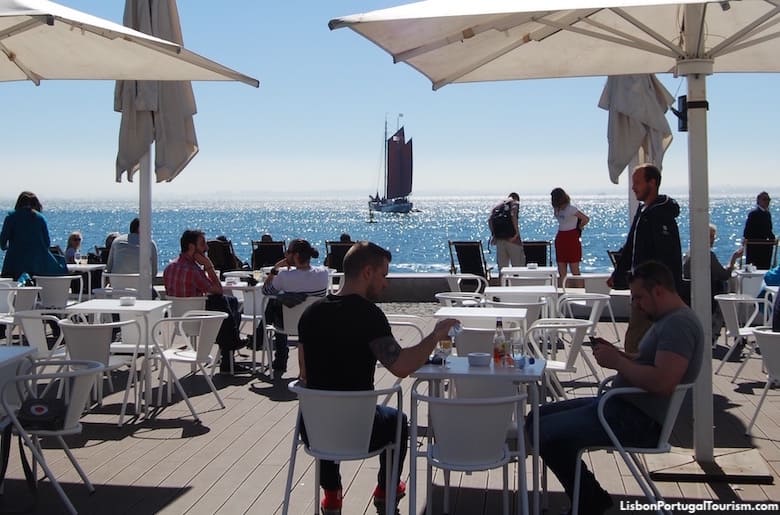 The terrace of the kiosk, which serves drinks throughout the day

On the western end is a kiosk with a terrace serving drinks, mostly to tourists who stop to sit and admire the scenery. Next to the terrace is a monument dedicated to artist Almada Negreiros, erected in commemoration of the 120th anniversary of his birth. 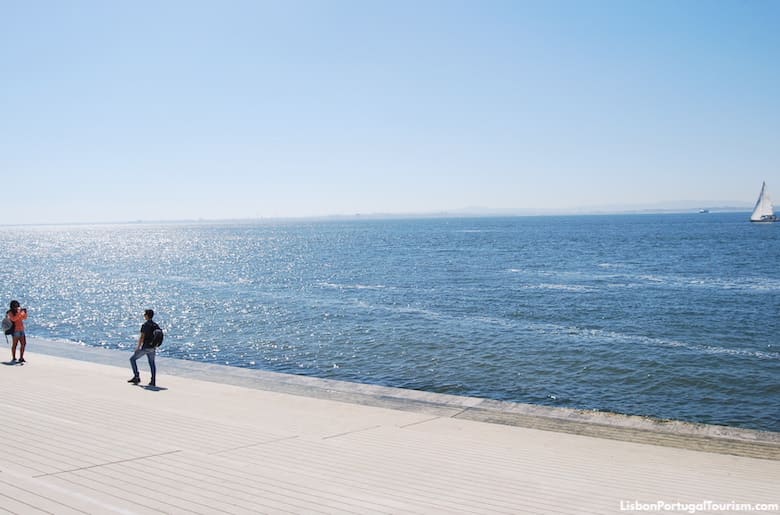 Ribeira das Naus is one of Lisbon's top "Instagram spots"

Ribeira das Naus is also a popular spot for sunset views in the autumn and early winter months, when the sun disappears behind the bridge. 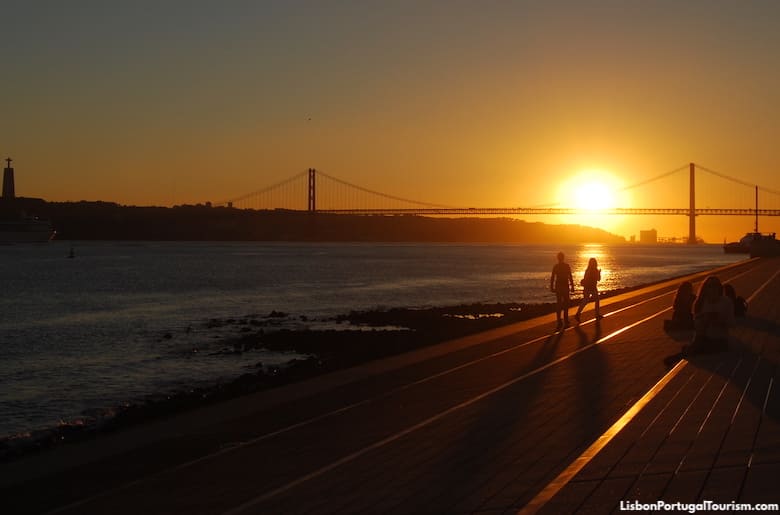 How to Get to Ribeira das Naus


Ribeira das Naus is right outside Cais do Sodré station, which can be reached on the green line of the metro (it’s the final stop). It’s also next to Comércio Square, which has a metro station on the blue line (“Terreiro do Paço”).
You may ride the metro (as well as the city's trams, buses, funiculars and trains) for free with the Lisboa Card.


You may enjoy more river views from the top of Arco da Rua Augusta, the triumphal arch that faces Comércio Square. Down the road from Ribeira das Naus is also Lisbon’s biggest market, Mercado da Ribeira, with the most popular food hall in town.