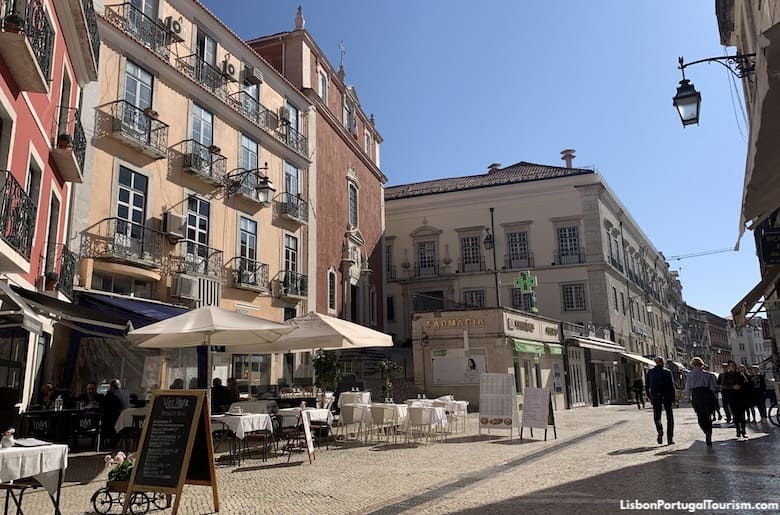 After Rua Augusta, this is Lisbon’s most popular pedestrian street. While the first one is for shopping and quick meals, this one is for alfresco dining. It may be touristy, but there are plenty of reasons to pass by.
In the 1400s, it was one of the gateways ("portas") to the city. It’s now known for its outdoor restaurants, many of them with waiters trying to lure passing tourists. It’s also a street of theaters (the Teatro Politeama and Coliseu dos Recreios) and with a few curiosities in between. One of them is an entrance to a former prison (at Pátio do Tronco), where poet Luís de Camões was imprisoned for several months, after his involvement in an altercation nearby. It all happened before his long voyage to India, which resulted in the great epic "The Lusiads." A tile panel from 1992, by the artist Leonel Moura, remembers the days the poet spent at the site. 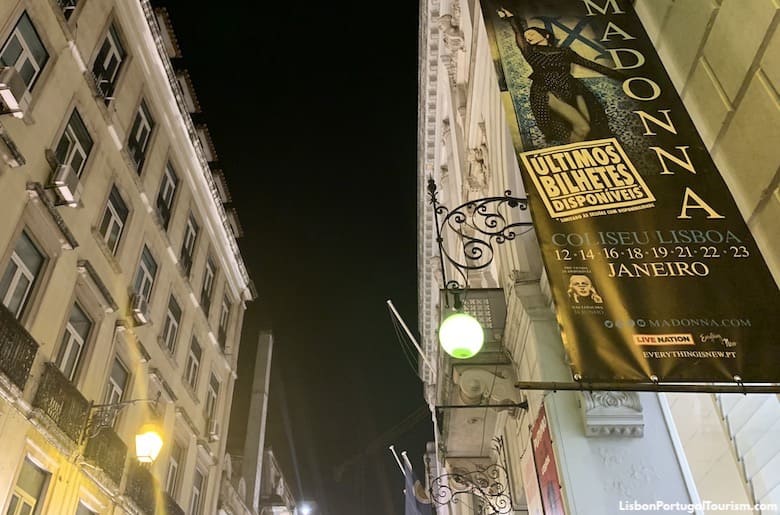 But starting behind the National Theater D. Maria II in Rossio Square to the end of the street at Largo da Anunciada, you’ll find other hidden surprises, such as Casa do Alentejo. That’s a palatial residence from the 17th century, that now houses a restaurant serving specialties from the Alentejo region. You don’t have to stay for lunch or dinner to admire the beautiful interior, as it’s open for visits throughout the day. Downstairs is an unexpected Moorish-inspired courtyard, while upstairs is a Louis XVI-style ballroom and two dining rooms, lined with tile panels from the 18th and 19th centuries. 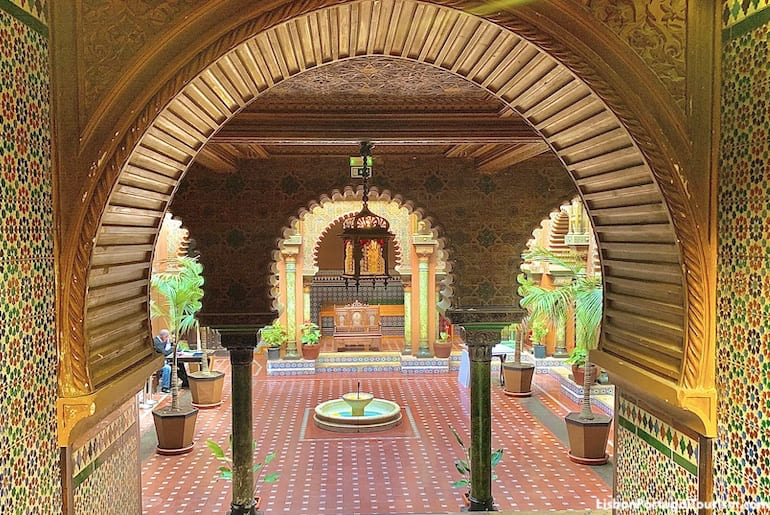 The Moorish Revival interior of Casa do Alentejo

A few feet from there is the church of Lisbon’s French community. That’s Igreja de São Luís dos Franceses (usually only open in the mornings), founded in 1552 but only completed in 1622. It was badly damaged in the 1755 earthquake, so the interior dates mostly from the 18th century. The highlight of the façade is the Mannerist portico with the Bourbon coat of arms, while the interior is made up of polychrome stucco ceilings, an Italian marble altar, several 18th-century paintings illustrating the life of St. Louis, and a rare depiction of pre-1755-earthquake Lisbon (one of only three in existence) -- a 17th-century painting showing Our Lady of Safe Harbor over a panoramic view of the city. 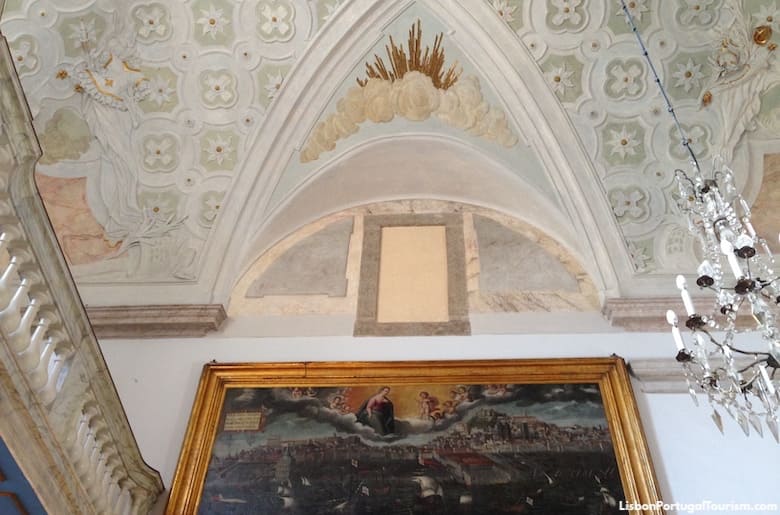 Although most of the restaurants on this street are touristy, there are some good options specializing in spit-roasted chicken (“Bonjardim” and “O Churrasco”) and seafood (“Gambrinus”). It’s also home to the classic “Solar dos Presuntos,” recognized as one of the best restaurants to try authentic Portuguese cuisine. On number 7 is one of Lisbon’s oldest bars, the tiny “Ginjinha Sem Rival,” which has been serving shots of ginjinha (a cherry liqueur) since the 1800s. 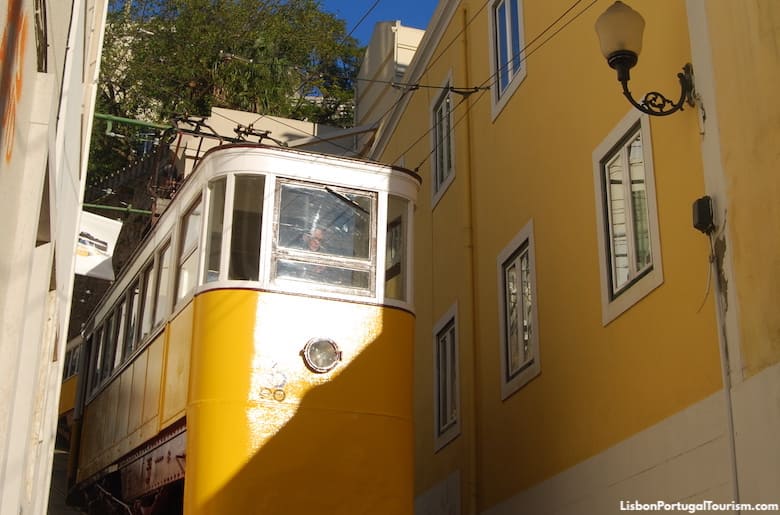 The street ends at Largo da Anunciada to the north, where you see Elevador do Lavra, the city’s oldest funicular. Inaugurated in 1884, it takes 42 people at a time to the hilltop close to the Torel garden and viewpoint. The funicular is faced by the blue-and-white tile panels of Leitaria Anunciada, a former milk shop from 1927, which sold milk straight from the cows. The tiles illustrate scenes from that period.

How to Get to Rua das Portas de Santo Antão


The southern end of the street can be accessed through Rossio Square (green line of the metro), but the stations of Restauradores and Avenida of the metro (on the blue line) are also nearby.


From Rua das Portas de Santo Antão you can take the Lavra Funicular up to the Torel viewpoint. Downtown’s main squares (Rossio and Praça do Comércio) are a short walk away.