Home > What to See and Do > Basílica da Estrela 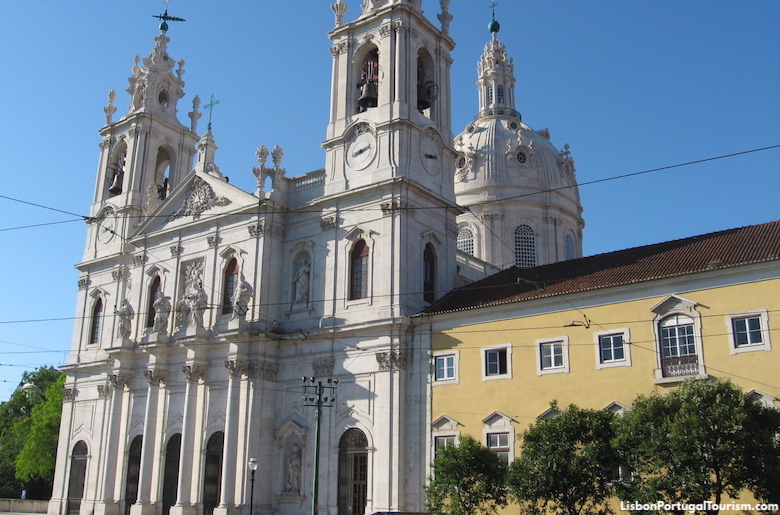 Basílica da Estrela is one of Lisbon's biggest churches

The Royal Basilica of Estrela is one of Lisbon's most beautiful monuments and one of its most monumental churches. It's a baroque and neoclassical building built by Queen Maria I in 1790, in thanks for the birth of her son. 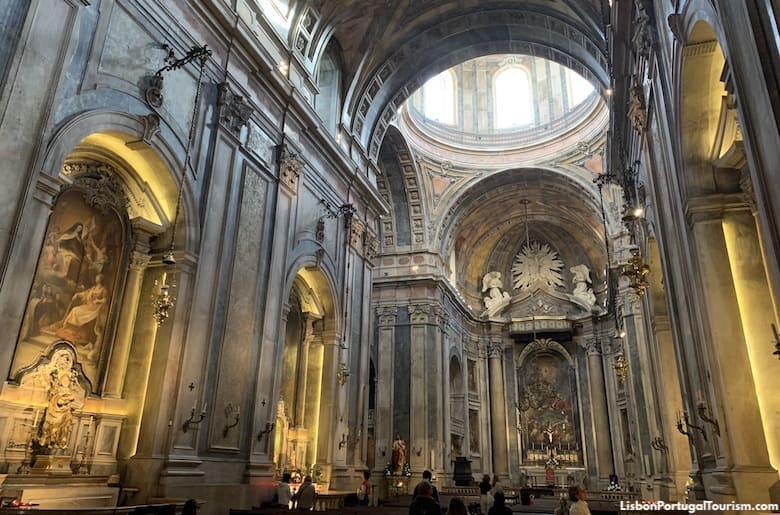 The marble interior of the basilica

The tomb of the queen, who died in Brazil, is found inside, by the door that leads to a remarkable baroque nativity scene with over 500 terracotta and cork images. It's the country's largest nativity scene, created by leading sculptor Machado de Castro. 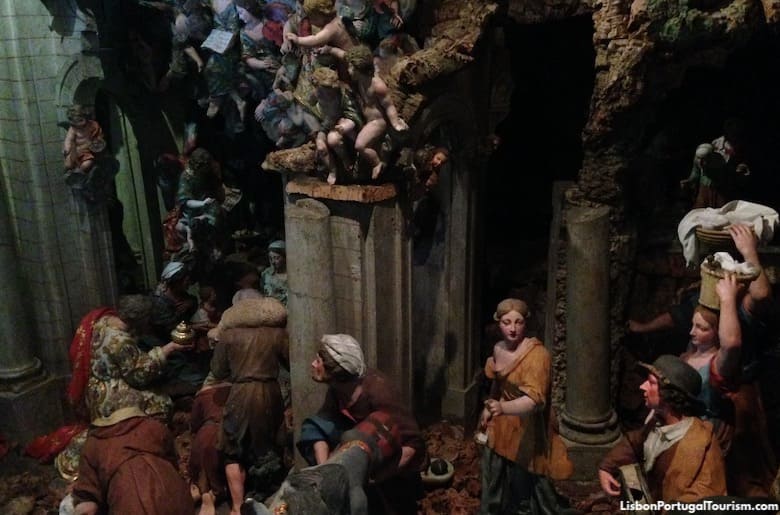 The interior is covered in polychrome marbles and paintings by the Italian artist Pompeo Batoni and the Portuguese Cirilo Volkmar Machado, among others. 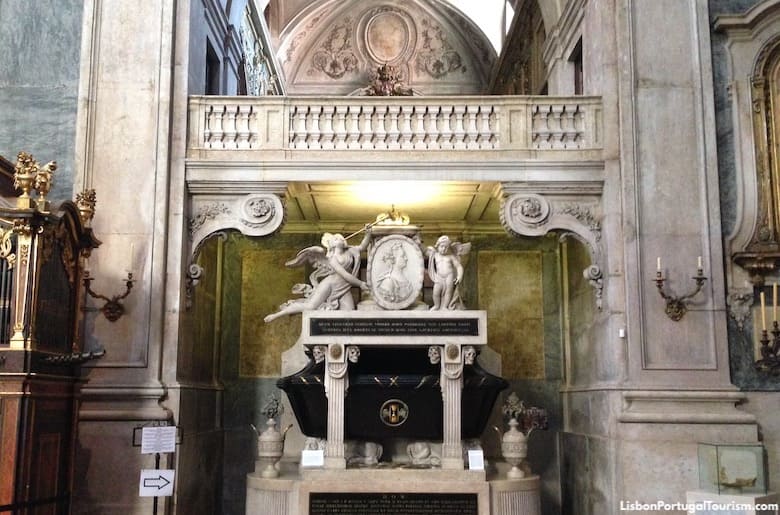 The exterior, with a large rococo dome and two bell towers, was inspired by St. Peter’s in Rome and Mafra Palace outside Lisbon, and features monumental sculptures and figures alluding to the Sacred Heart of Jesus.
You may see the dome up close by climbing 114 steps up to the terrace, where you have a view of the castle, of 25 de Abril Bridge and of the Amoreiras towers.

The park across from the basilica

Across the street is Jardim da Estrela, one of Lisbon’s most pleasant parks, attracting children to its duck ponds and playgrounds, and young locals to its café.

How to Get to Basílica da Estrela


The basilica is one of the main stops of trams 25 and 28. Those are usually too crowded and uncomfortable, so it’s advised that you take bus 709 instead. It departs every 16 minutes on weekdays and every 20 minutes on weekends from Restauradores Square in the city center, and stops just a few feet from the basilica. You may also take the metro to Rato, which is the last stop on the yellow line, and walk up Avenida Álvares Cabral for 10 minutes.
You may ride the trams, buses, and the metro (as well as the city’s funiculars and trains) for free with the Lisboa Card.


Visits to the church are free, except for the room with the nativity scene, which charges 2 euros. For the terrace, there’s a 5-euro charge. It’s not included in the Lisboa Card.


The food hall of Campo de Ourique Market is about a 10-minute walk up the road, while the Ancient Art Museum is about a 15-minute walk through the neighborhood of Lapa.